Nothing More delivered this incredible performance of “Jenny” for our recent PreSonus LIVE webcast. Of course, they absolutely NAILED it.

Comments Off on .@NothingMoreRock’s Acoustic Performance of “Jenny” from PreSonus LIVE 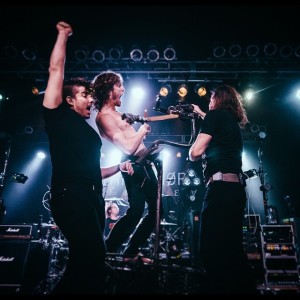 Ubertight heavy prog-rockers Nothing More are currently on the Juggernaut Tour with Periphery, and are the first band to tour with a StudioLive RM16AI, subjecting to the rigors of the road and rock stardom. So far, it’s holding up great while providing critical backing tracks and effects to their bombastic, shirtless live show. Fortunately for you, their breakneck tour schedule includes a stop at our NAMM booth on Saturday at 3 p.m. With these guys performing, we will probably have to bribe the sound police to keep our spot in Hall B next year.