If there’s one word to sum up the man, the myth, the legend, Rick Naqvi… it’s: WHABAM!

Rick is as much of a staple to PreSonus as drag and drop is to Studio One. He loves his team, music, and his job! After spending a quarter-century serving the PreSonus family, he is the expert when it comes to selling PreSonus with passion and enthusiasm.  If you’ve met him, you love him (and you’re probably still hypnotized by the Rick Effect.) And if you haven’t met him, here’s your chance to get to know him better.

This coming October will be my 25th year at PreSonus. I was employee #5 or #6 I believe.

Well, I was the first guy in sales so I guess my title would have been “Rick Naqvi, Sales Guy.” Today my role is Senior Vice President of Global Sales.

What were you doing before working at PreSonus?

In my early 20s, I was playing in two bands (Zaemon and Chris LeBlanc Band), running a recording studio and working in a music store called BeBop Music Shop. I was finishing a Marketing degree at LSU at that time as well. 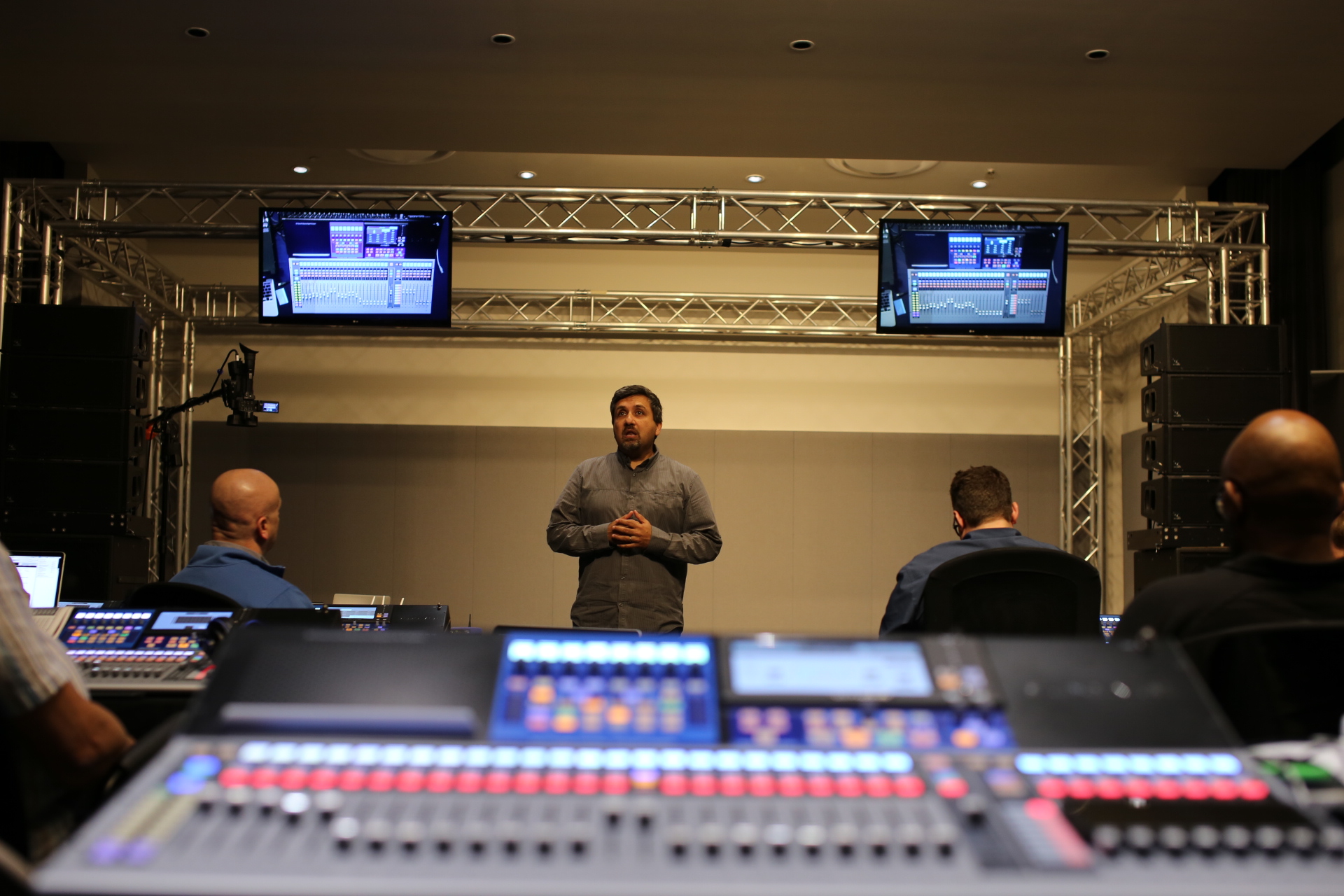 What about PreSonus made you want to work here at the time?

I knew Jim Odom from the local music scene. He was one of our hometown guitar heroes and although he was a few years older than me, we went to the same high school and even took guitar lessons from the same guy. I did a recording session with him in the early ’90s and he used to come into the music store I worked at. I remember him bringing in the prototype of the very first PreSonus product, the DCP-8, about a year before PreSonus started. When Jim approached me about being a part of a startup company, it was a no-brainer for me.

Let’s talk about the Rick Naqvi Effect. People LOVE you and recognize you as the face of PreSonus. How did this come to be? How has it helped you?

Haha!! LOL. Well, I guess since this year will be my 25th year of working at PreSonus, I’m definitely one of the blessed people that found something to do with their lives that has spanned pretty much my entire adulthood. I’ve always been passionate about music and technology and I love people. So PreSonus has been the perfect place for me. I’m in awe of the fact that people use our products to share and experience music together with each other. That’s the part of this job that never gets old. I love being part of a team whose mission is to help people make music. 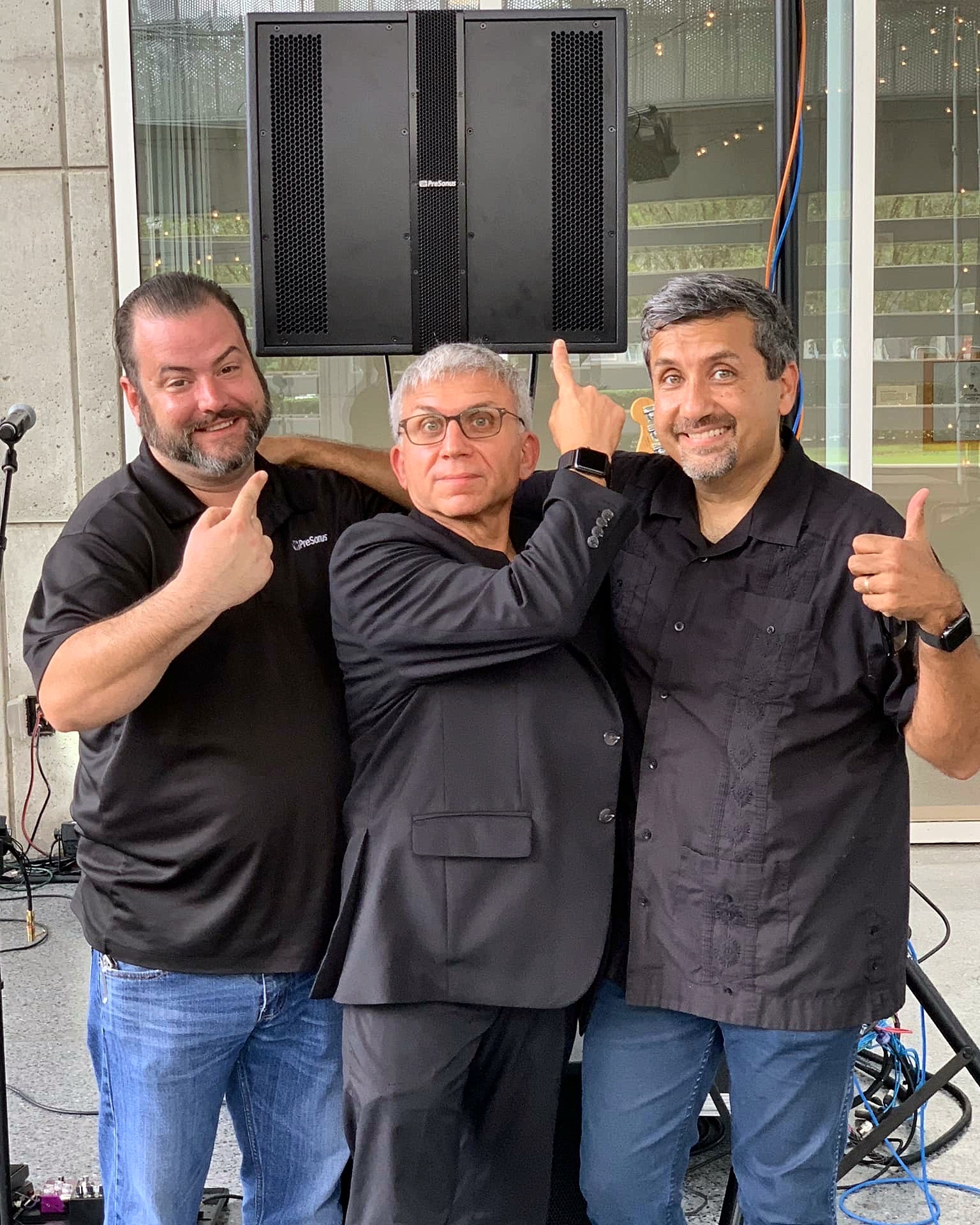 The FirePod was one of PreSonus’ first major products. What need was the FirePod supposed to meet?

The Firepod was the first recording interface with eight microphone preamps in 1U. So you could basically mic an entire drumkit at once. Or record a small rhythm section. It was also one of the first interfaces that allowed for multiple units to be used at the same time. So if you needed 16 simultaneous inputs, you could chain two of them together, and so on.

Any fun stories about the FirePod?

Here’s a true story. The original design for the FirePod had eight inputs but only two mic preamps. Jim Odom was beta testing one of the early prototypes and took it home to record his son’s band. When he realized it was going to be a hassle to hook up additional outboard preamps, he came to work the next day and changed the design of the Firepod to include the other six preamps. We literally had to reshoot images for a tradeshow launch that was happening a few months later. However, putting eight preamps on the Firepod solved a huge need, not only for Jim but for tons of customers. It was one of our most successful products without a doubt.

What has been one of the biggest challenges of working at PreSonus? Major roadblocks?

Working for a technology company has its ups and downs. There have been good years and not so good ones too. Sometimes you create a product that really resonates with people and other times there are challenges that keep a product from its full potential. There’s nothing more important to us than delighting our customers. And when we can’t do that, it is a major bummer for us. Thankfully, our mistakes give us the experience to get better and that’s what we strive to do every day.

One of my first job tasks was to contact dealers and try to tell them about our product. I had a copy of Music Trades that had a list of the Top 100 US Dealers. So I literally picked up the phone and started cold calling people!  It was so hard to tell people about a brand new product from a brand new company that they had never heard of. It was amazing just to get someone on the phone who would give me the time of day. Amazingly a bunch of people that got called by a 25-year-old Rick Naqvi are still in the business and are some of our most trusted dealers and life-long friends.

Tell us a cool NAMM story. Or any other PreSonus story.

One time at a NAMM Show I had to give a DigiMax demo to Steven Seagal. Turns out he’s a musician and had a studio at the time. It might have been one of the strangest demos of my life. He was super serious and never cracked a smile. When I told him you could only do 96k using AES outputs, not ADAT, I thought he might judo chop me or something.

It really doesn’t seem like I’ve worked for one company. It seems like I’ve worked for about 5 different companies. I’ve been through three building moves and I’ve seen tons of people come and go. I’ve seen kids of our employees grow up and start families of their own. It’s truly humbling to have been a part of this great journey. 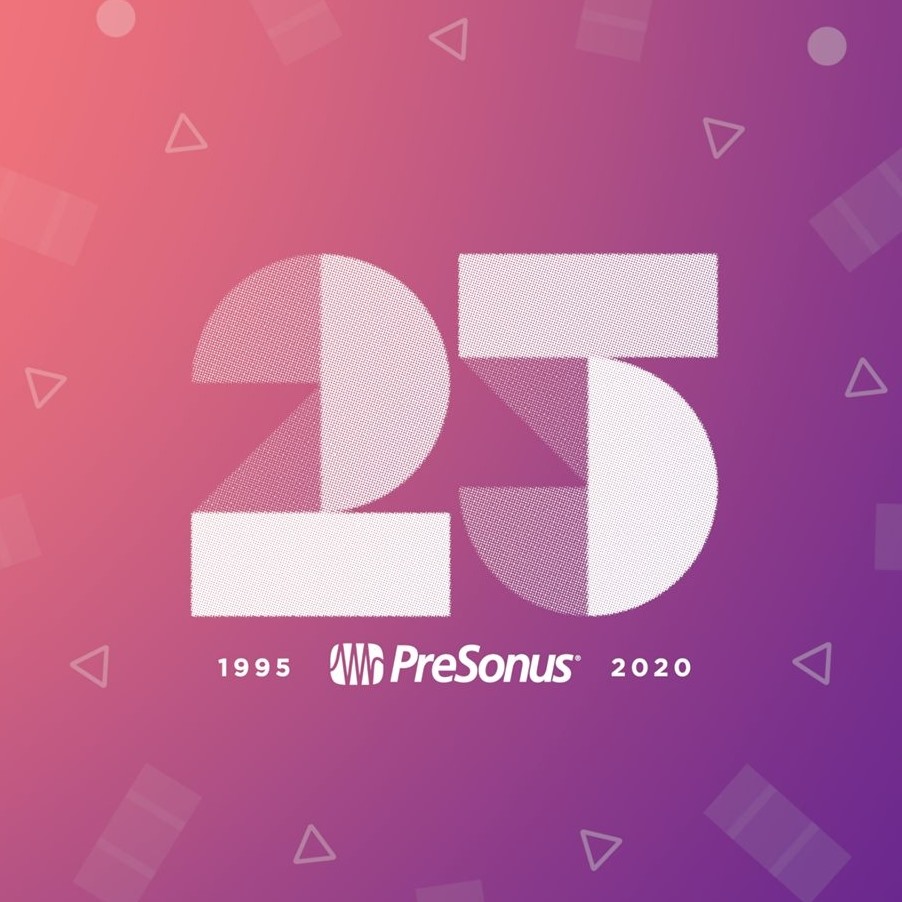 Read more about the last 25 years with PreSonus

Comments Off on 25 Years of WHABAM!