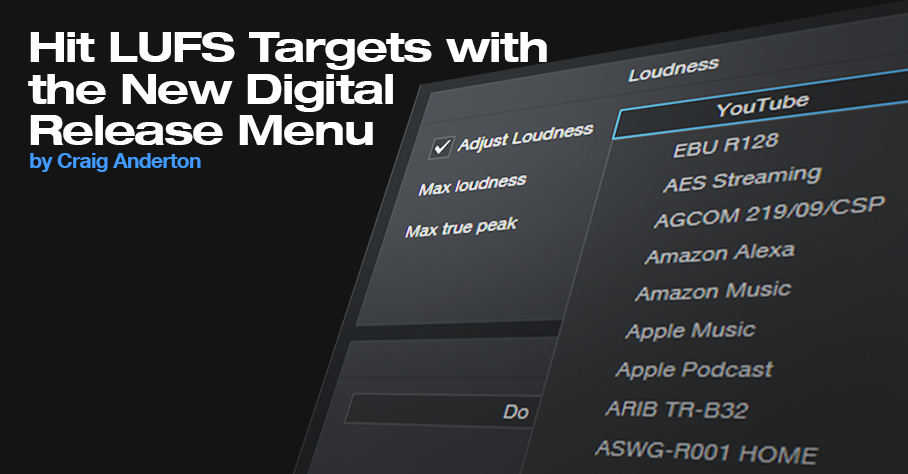 It’s a streaming world—and streaming services have their own audio standards with respect to LUFS and True Peak levels. LUFS is not the same as peak or average loudness. Instead, it measures perceived sound levels. In theory, if two songs have the same LUFS readings—whether it’s Billie Eilish whispering or hardcore 1999 Belgian techno—you won’t feel the need to get up and adjust the volume.

True peak measures the peak value after D/A conversion, which can be higher than the peak value prior to D/A conversion. Having a peak value below 0 minimizes the chance of distortion when transcoding a WAV file into a data-compressed format. For more about LUFS, see Understanding LUFS, and Why Should I Care?

The Easy Song Level Matching tip tells how to use the Tricomp and Limiter to match song levels in a collection of songs or an album, and it remains viable. However, if you’ve already mastered your songs the way you like, Studio One version 5.5 has added an export function to the Digital Release menu that can export your songs to any LUFS and true peak level you want. What’s more, it includes presets for all the most popular streaming services (fig. 1). 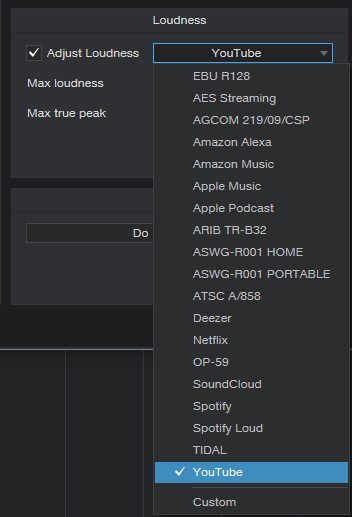 Figure 1: To meet the specs for particular streaming services, simply choose a preset, and export. Here. YouTube has been chosen.

Another convenient aspect is that once you release the drop-down menu, you can see a particular streaming service’s recommended specs (fig. 2). This is also where you can specify custom settings for LUFS and True Peak. 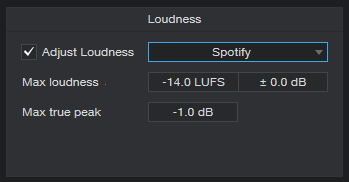 Figure 2: Choosing a streaming service shows its desired file specs. This shows that Spotify wants files with a max loudness of -14.0 LUFS, and Max true peak of -1.0 dB.

The -6.8 LUFS file had to be turned down a lot to hit -14.0 perceived level. Turning down the level lowers the true peak reading; in this case, it ended up at -6.5. The -12.2 LUFS file didn’t need to be turned down much at all to hit -14.0 LUFS, and its true peak reading is now -1.7. When played back, even though the waveform levels look very different, they sound like they’re at the same level.

However, it’s important to note that this process won’t raise the level if the peaks already hit 0. For example, if one of the files was normalized and its LUFS reading was -15.0, it wouldn’t have increased to -14.0 LUFS because that would have required processing (e.g., limiting) to raise the level. Otherwise, any peaks would have exceeded the headroom.

The export function simply does what most (but not all) streaming services do—turn down levels above the target LUFS to reach the desired LUFS reading. This makes sense, because the main reason streaming services adopting LUFS targets was to prevent songs that were mastered “hot” from having a level advantage over songs mastered with more reasonable (and more listenable) dynamics.

Figure 3: The two files on the left are the original files. The versions on the right now have LUFS readings of ‑14.0.

Finally, you don’t have to master everything to hit a specific service’s specifics, because this new Studio One function does it for you. Master the music so it sounds good to you—go ahead and compress that rock track, or maximize an EDM set. If it has the right sound but its LUFS reading is -9 or whatever, don’t worry about it. When you export it to a specific target, the song will meet that service’s specs.

Posted in Friday Tip of the Week, Studio One | Comments Off on Hit LUFS Targets with the New Digital Release Menu