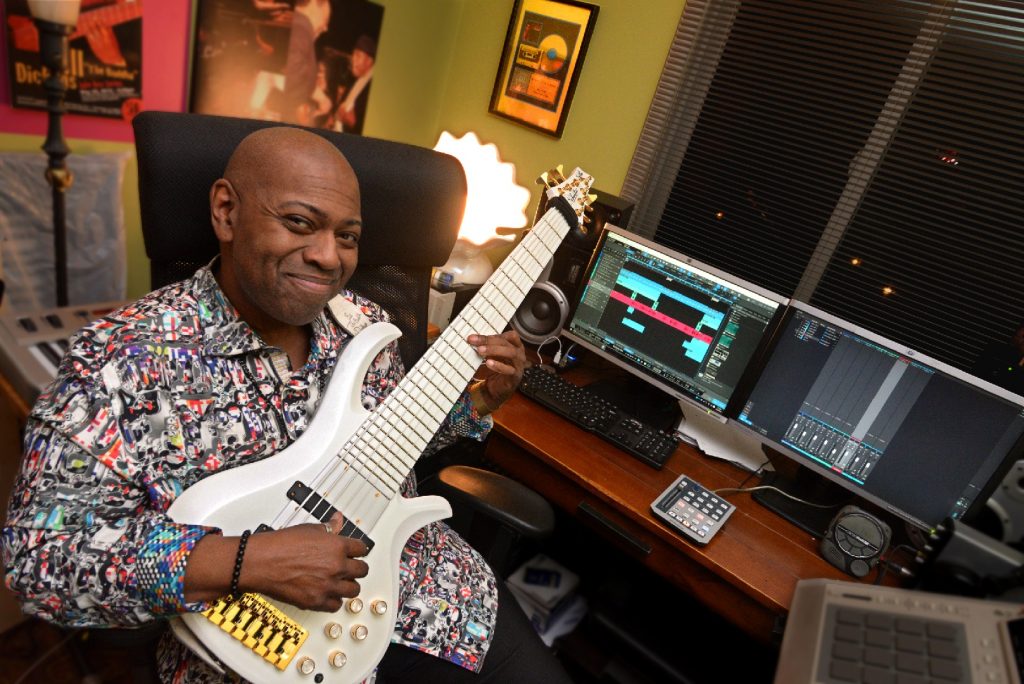 “The Buddha” in his studio

This special award recognizes Bill’s work in supporting the music community and the role he has played in helping grow the NAMM Oral History program. Bill Dickens has been on the scene since 1971, and has played with many legendary performers, all of whom have added their genius to the history of American music. The Oral History Program archives the sights, sounds and creative art of many inventive musicians, past and present.

Bill is a pioneer in the music business. He is a composer, having written numerous #1 hits including, “Don’t Lose the Magic,” with Shawn Christopher and “In Case You Forgot” with Aretha Franklin. He is a performer, having played with many legendary performers, from Ramsey Lewis to Questlove, Leo Nocentelli to Chet Baker.

Bill recently added acting to his resume, and features in I Am Your Keeper, due to be released in 2019. “The Buddha” is also teacher and mentor to emerging artists having released a video and book with Alfred Publishing. Bill designed and invented the nine-string bass guitar and has developed the lowest playable note on the bass.

We’re proud of Bill and thankful to count him among our users!

“PreSonus has been a part of my productions for many years. I am currently using StudioOne 4 and The FaderPort. Both of these products make working in the studio easier. The amazing support provided by PreSonus staff is a big part of why I use their gear. Thank you PreSonus, you’re the best!”

Posted in Artist | Comments Off on Bill “The Buddha” Dickens receives NAMM Believe in Music Award!