Daniel “D-Pat” Patterson is PreSonus’ Web Application Developer. He is the architect of PreSonus.com as well as its chief maintenance engineer and bugsquasher. He’s also responsible for some of the behind-the-scenes work on shop.presonus.com.

In short, he is responsible for getting all of our zeros and ones in all the right places. 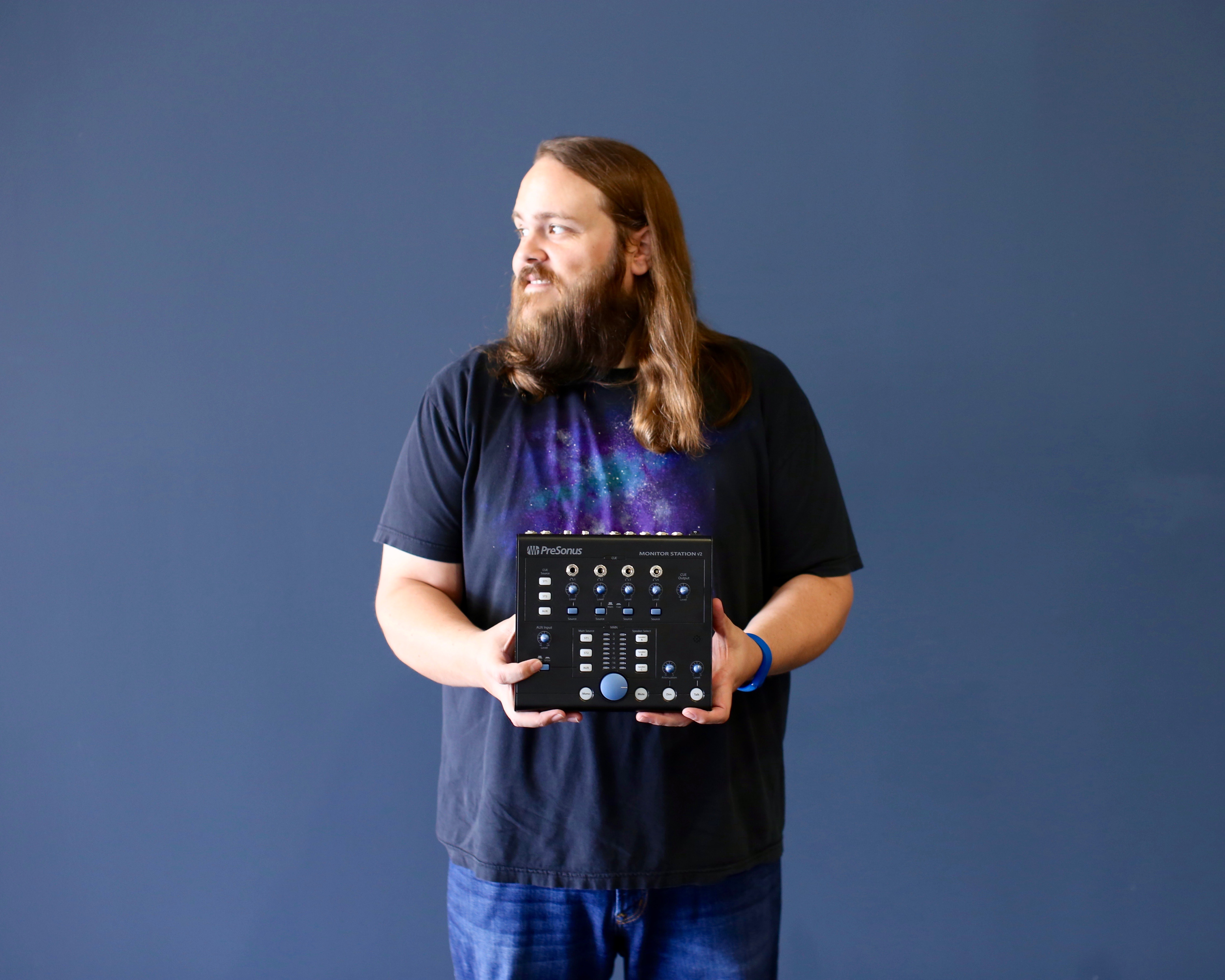 How long have you worked for PreSonus?
I’ve been here for a little over three years now, and what a three years it’s been!
What’s your official job title?
Web Applications Developer.

What’s your favorite thing about your job? Why did you choose to work here?
Getting to work with great people doing the things that I love. Johnny (McAndrew) had been a friend of mine for a while and mentioned that there was a need for a web developer, and I couldn’t pass up the opportunity to combine my two biggest passions in music and web development.

What was the first 8 track, cassette, CD or digital download you purchased?
I think the first CD that I actually purchased with my own money was 311’s Transistor. My dad listened to cool stuff when I was growing up so I was usually “borrowing” his before that.
Who’s your go-to band or artist when you can’t decide on something to listen to?
This changes a lot. Right now it would be Purity Ring’s Another Eternity, but the Strokes, Built to Spill, and Band of Skulls are some of my consistent go-tos.

Everyone has a side gig, what’s yours?
Surprise surprise, I am a musician on the side. Until recently I had been hosting a local open mic for over eight years, and I play in a band called Handsome Machines.
What instruments do you play?
I am a singer and also play bass and (mostly acoustic) guitar.
What’s your go-to Karaoke song?
It’s been a while but The Beatles’ “Come Together” is usually a crowd pleaser.

Why did you choose the Monitor Station as your favorite?
We’ve been doing a lot of tracking for Handsome Machines at my house for demos, so being able to use the Monitor Station V2 so the three of us can hear ourselves nicely in headphones and not annoy the neighbors too much is really great. I have it hooked up to my Eris monitors and another set of speakers running through a small PA, so we can quickly listen back to what we recorded in a few different ways.

Tell us about a successful event you worked with PreSonus products. InfoComm, NAMM, Install somewhere….
I used to bring my 16.0.2 out to the open mic every once in a while, and it was really great to be able to use Capture to easily record everyone and offer them a recording of their performance. It’s not something you usually get for an open mic so it was a cool thing to be able to offer people.

What are you currently working on? What’s next for you?

As far as PreSonus web development goes we have some exciting stuff coming up for this fall. Handsome Machines is working on recording our next EP and my wife and I are working on moving to Oregon—but don’t worry, I’ll still be with PreSonus!

Got any tips for working with the Monitor Station?
Double check your sources! With all the options it’s easy to have the wrong button pressed.

Posted in Uncategorized | Comments Off on It’s #PreSonusFAMFriday with Daniel Patterson!