Ryan Louder on Studio One 3… and Five Studio 192s.

[Ryan Louder is a multi-platinum music producer and songwriter. Having studied at the Royal College of Music as a composer, Ryan went on score films and produce music, working with a multitude of artists including Troye Sivan, Pixie Lott, Claudia Kane Katherine Jenkins, Alexandra Burke and Dido.] 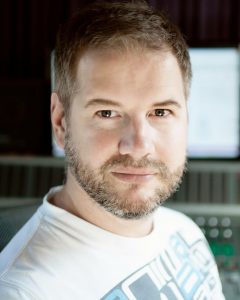 • What PreSonus products have you used and which do you currently use?

I have two studios with identical setups: 2 Studio 192s and Studio One 3 in both. I also have a Studio 192 Mobile and laptop when out of the studio which works great.

• For what applications are you using Studio One?

Recording, songwriting, production, mixing—everything I need to write and produce high-end productions for high level artists is in Studio One. I’m blown away by Studio One, and it has served me well in very high-pressure situations.

• What led you to choose Studio One? Was it the company’s reputation, audio quality, ease of use, specific features, price, other factors?

Word of mouth. A lot of people in the industry are talking about studio one being the DAW of the future…

• Having used Studio One, what do you like most about it?

The usability and reliability! The people deciding what goes where know what they’re doing, where other DAWs seem to have no clue of a producer’s needs. For example, one DAW manufacturer keeps going on about “The Cloud,” which no one wants or needs… and they keep going on as if it’s something significant while there rubbish software crashes several times a day. Studio One is the polar opposite and the reliability is incredible.

• What Studio One features have proven particularly useful and why?

I can drag and drop preset instruments—so quick!

• How does Studio One compare to other DAWs you have used?
No comparison. They’re a 100 years behind Studio One.
• Any user tips or tricks or interesting stories based on your experience with Studio One?

•  Any final comments about PreSonus and Studio One?
F***ing awesome!

Ryan Louder on Clash Music’s Track of the Day

Posted in Uncategorized | Comments Off on Ryan Louder on Studio One 3… and Five Studio 192s.