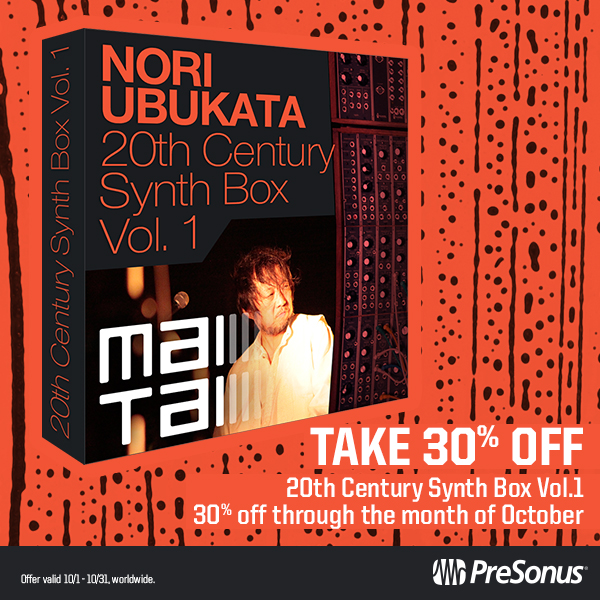 For the month of October, get the 20th Century Synth Box Vol. 1 for 30% off. Only available in the PreSonus Shop.

Take a trip back in time with Nori Ubukata’s 20th Century Sound Box and rediscover the legendary analog sounds of the 70s and 80s.

Famed Japanese sound designer and synth/theremin artist Nori Ubukata recreated some of the most memorable sounds by electronic music artists such as Kraftwerk, Tangerine Dream, Vangelis and Wendy Carlos. The set contains a total of 111 presets and Instrument+FX presets (adding reverb, EQ and other effects). Also included are 50 Musicloops with sound elements showcasing the best presets in musical context.

Posted in Uncategorized | Comments Off on 20th Century Synth Box Vol. 1 Studio One Add-On for 30% Off!