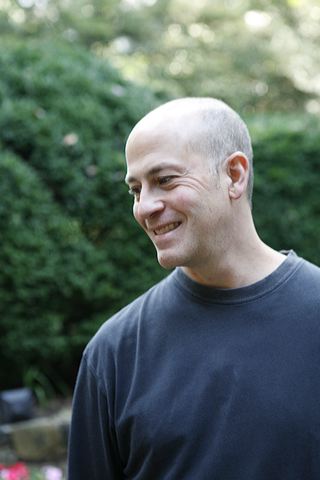 Hello Michael – please tell us a little bit about the kind of work you do?

I compose and conduct music, mainly for long-form documentaries and TV series, and the occasional independent feature film. My first scoring job was doing a brand-new series called America’s Most Wanted for Fox Television. I did that full-time for a few years right at the start of my composing career, which was a great education because it was on the air around 50 episodes per year, so I was always writing and recording. Most shows only run maybe 8-10 episodes a year, so for Fox I was constantly writing and recording every week, which was a great learning experience, especially because I tried to treat every week like a completely unique score instead of just generic “crime music.”

From there I branched out and started to work for other directors and networks and do other shows like “Wild Kingdom”, “National Geographic”, HBO, a lot of PBS stuff, etc.

Briefly, what’s your workflow/process, from the first time seeing the cue, to conducting and recording it?

I rarely have the luxury of seeing something before it’s handed to me to start writing. I do try to take a day or two at the beginning and just work on thematic material at the piano, some of which, and sometimes none of which, will end up in the film, but it gives me a moment at least to close my eyes and think about what kind of score it will be. The deadlines are always very tight so it’s nice to have a little space to imagine before diving into the mechanics of writing.

From there, I put the film up and start writing from the first frame. I tend to write sequentially, so I go cue by cue straight through the film, rather than jumping back and forth to different scenes. Sometimes themes develop as you work, so I’ll jump back some times and incorporate things or hints of where things may lead.

I started my career before computers, recording live directly to 2” tape for many years, so the computer and digital-video still seem like an incredible luxury to me! Some of the sequenced parts stay in, and I write and copy charts for everything that will be played live.

If it’s a smaller score, I do most everything at my own place, including a lot of overdubs, and then I’ll mix here. I’m set up for 5.1 mixing, and it’s very comfortable working in my own space. If it’s a larger ensemble I’ll do some tracking and mixing at a commercial studio because room is just too tight here. I also conduct the sessions too.

When I track somewhere else I’ve started a new thing lately, which is to just use their physical space and microphones and cue-system, but record right into my own portable rig and rack, which saves time and confusion transferring files back and forth.

What’s the relationship with the director/producer/music supervisor – how can it affect what you write?

Most of the time, at least with documentaries, there are no temp scores or preconceived notions. Directors want me to come up with the concept, direction, vibe, really everything. It’s the opposite of people loving a temp-track…there is no guidance at all, so I really try to give each film something completely different and unique.

As far as directors and producers, it really doesn’t matter how much or how little they know about music, but rather what kind of creative spirit and vision they have. I work with people who know absolutely nothing about music and are wonderful and creative to work with, and others who know a lot about music but have bad instincts with it. It’s really all over the place! I don’t feel it’s their job to know a ton about music. If they could compose music, they probably would!

What was it about Notion that attracted you?

Notion is AMAZING! I love it. I own both Finale and Sibelius, but they have to be the most difficult, not-intuitive programs I’ve ever encountered. Just doing some little tweak requires me to pull out the manual, and even then I still can’t figure it out! 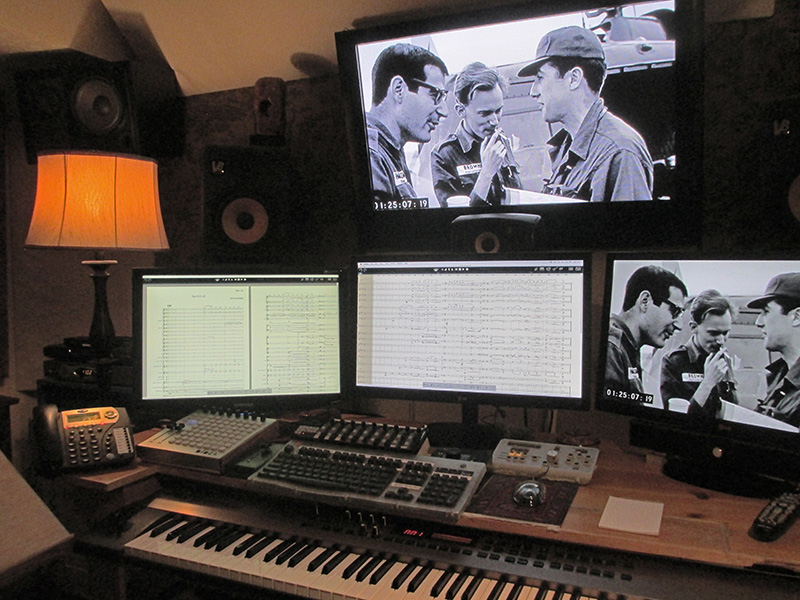 How have you found Notion now you are using it day in, day out?

From the day I tried Notion, I was hooked. It is completely intuitive, and I have never looked at the manual. When you want to do something, it is always very obvious how to do it quickly. It can go pretty deep if you need it to, but the basics are right there and not hidden fifteen deep in some hidden sub-menu. For day to day trying to get work done, it is unparalleled. With the budgets I have, I need to do my own orchestration and copying, and the last thing I would want to do is take three days off of precious writing time to do charts. Film music usually has a ton of key, meter and tempo changes, so this further complicates that process.

Any user tips or tricks based on your experience with Notion?

Sure. I do a quick clean-up of the music before I export a midi file from my DAW. I then import that file into Notion. I also open my empty “template” file in Notion that is set up the way I like, add the relevant instruments to the staff, then do a mass copy / paste of the imported midi file into the template. This is great because Notion reads all of the key and meter changes beautifully. From there I quickly add articulations, dynamics, clean stuff up, and extract the parts. It all goes very fluidly with Notion.

Can you tell us what might be coming up for you, or out soon?

I did a really good film recently called Dateline Saigon, which both has a score and also arrangements of period music. I dove right in with Notion on that, and it was fabulous. I compose 99% of the time, so doing arrangements was a little different for me, and Notion made it possible to do the charts and also change them up and re-print them really quickly when there were re-edits of the film.

I also did another terrific IMax film right after that, but it won’t be released until next year… so watch this space!

Where can we find more about you and your music?

Posted in Artist, Notion | Comments Off on Michael Josephs Scores Big with Notion