Paul Wright and Studio One 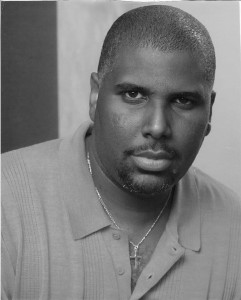 After starting his career more than twenty years ago, Paul Wright finds himself with a trophy case of accomplishments. A multi Grammy, Dove, and Stellar award winner and nominee, Wright has worked on over 200 records as a writer, producer and composer. He’s been fortunate enough to work with the Brooklyn Tabernacle Choir, Donnie McClurkin, Fred Hammond, Gary Chapman, AsOne, Disney and many more. His film and television projects include: Made In America, Preaching to the Choir, Full House, and Martin—where he co-penned the theme song. Through his career, he’s held titles at Benson Records, Verity/Zomba, Harborwood/Zomba/BMG, and Nuspring/EMI. He’s currently the CEO of 360MusicWorx/Capital Christian/Universal Music.

We recently asked him about his experience with PreSonus and Studio One. With his years of experience recording and producing music, Wright knows what tools work best for him.

“Studio One came to my life when I knew I wanted to switch DAWs,” Wright says. “I was a longtime Pro Tools HD user and at that time I had a commercial facility. One thing that bothered me with most DAWs I was using was that they were NOT composition friendly. There’s usually a learning curve that kills the creative process because of the number of steps it takes to do the simplest of tasks. I found myself wasting time figuring out how to make the DAW do what I wanted—I spent more time clicking buttons than actually being creative and making music!”

After making the switch to Studio One, things were different—almost overnight. “Everything instantly became more productive for me on many levels. Composing, production, recording–it was a life changer.  I found myself turning out projects more quickly and easily.”

When it comes to why Studio One is the best for Wright, it all comes down to quality and speed. “First and foremost? Audio quality. I found myself getting my work to sound great in less time using less plugins and processing,” Wright asserts. “As a composer and producer that uses many virtual instruments, the ability to get my MIDI converted to audio quickly was huge for me! Now in Studio One, the expanded Arranger features are killer, as well as the Scratch Pad. I also noticed that the mastering features were exactly what I needed, and in several cases have mastered many projects right in Studio One.”

Wright’s attempt to create an ideal workflow by using multiple DAWs was not void of challenges. “I used Pro Tools, Nuendo, and Studio One all at the same time, utilizing each of them individually to get what I was after,” Wright recalls. Nuendo was my mix platform, Pro Tools was for converting sessions coming in from other musicians, and Studio One was for everything else.” After completing an A/B test regarding sound quality, Wright found Studio One and Nuendo on top.

Wright suggests that “the only downfall for Studio One versions 1 and 2 was the mix features and the inability to easily connect them to other controllers.” He goes on to say, “I found that working with the SSL Matrix as my main console and controller, it wasn’t working the way I had hoped. However, with the recent release of Studio One 3, it looks like my SSL is working better than ever and I am loving what I am seeing”

Wright closes with a challenge.

“Studio One has changed the game for me personally, and is worth checking out if you haven’t already. I would challenge anyone regardless of the DAW they currently use, give Studio One a shot and watch it change the way you make music!”

Give As One a listen here.

Posted in Artist | Comments Off on Paul Wright and Studio One