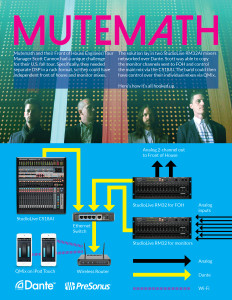 Posted in Artist, Control Surfaces, Mixing Systems | Comments Off on MUTEMATH: On Tour With PreSonus and Dante!