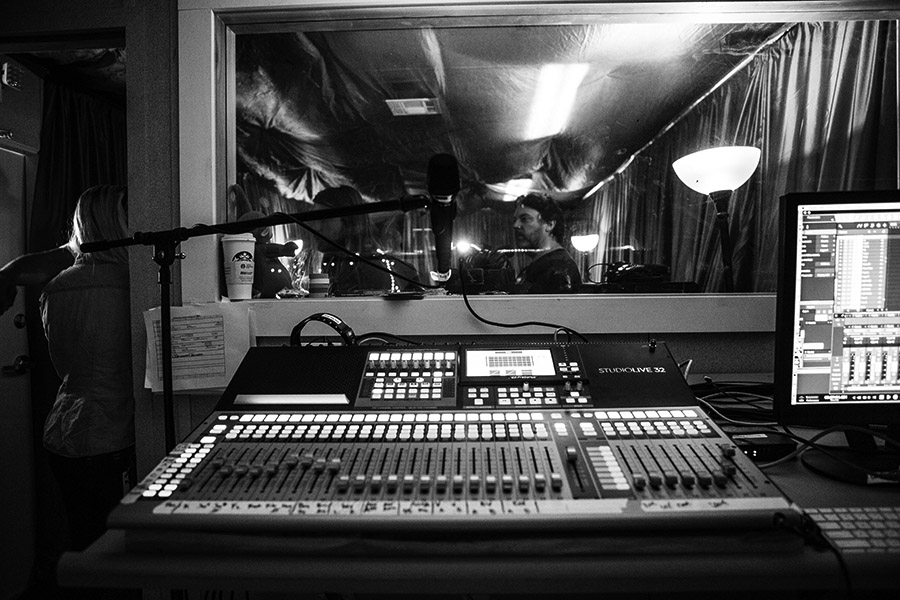 Most of time, you can find Elijah “Lij” Shaw at his Toy Box Studios in Nashville,

where the Grammy Award winner engineers and produces projects in a wide variety of musical genres. But every year, when the Bonnaroo Music and Arts Festival rolls around, Shaw and his team decamp for Manchester, home of the festival. There, behind the main stage, they soundproof their double-wide mobile recording trailer with 500 hay bales.

In this once-a-year Hay Bale Studio at Brigadoon—er, Bonnaroo—Shaw and his team record dozens of bands that will appear at the festival. The performances are fed to more than 40 radio markets around the USA. 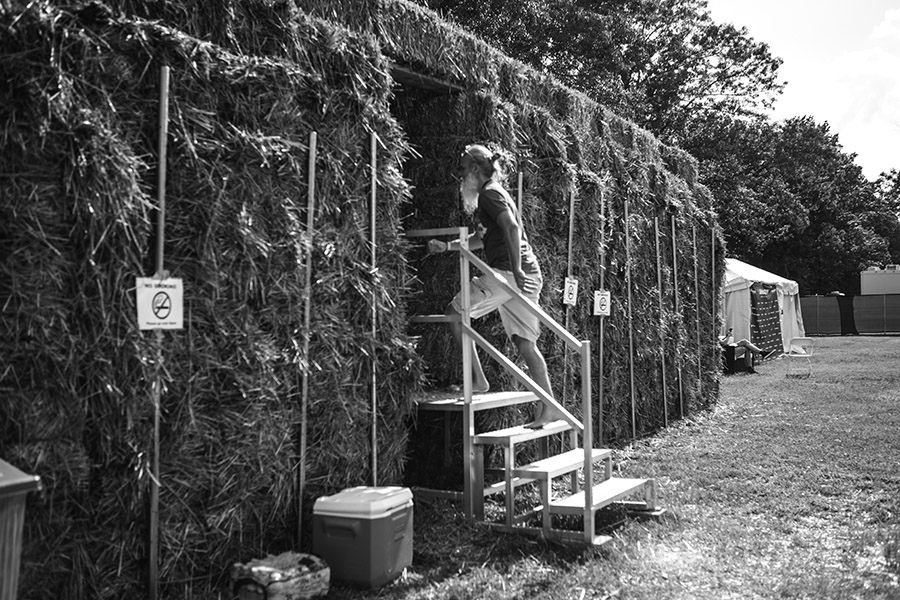 For the 2017 Bonnaroo, Hay Bale Studio offered more capabilities than ever before, as Shaw mixed on the new PreSonus StudioLive 32 Series III digital console/recorder, while his team captured the tracks and main mix in PreSonus’ popular Studio One 3 Professional DAW.

“The StudioLive 32 allowed us to bring in all 24 inputs from the recording floor, so we could record a full band. We’re recording in multitrack to Studio One using the console’s AVB audio interface, which can send and return up to 55 streams over one CAT5 Ethernet cable,” says Shaw.

Shaw mixes live while the band is performing, a job made much easier by the StudioLive 32 Fat Channel signal-processing section’s customizable user interface. “I’ve got compressors and EQ on every channel,” Shaw specifies, “and the customizable Fat Channel lets me create my own layout so I can quickly access the processing I want when mixing. I can bring in four onboard effects processors for reverb and delay, and I also patch in my outboard spring reverb. I use Tap Tempo on the mixer to ensure the timing of the delay effects works with what the band is playing.” 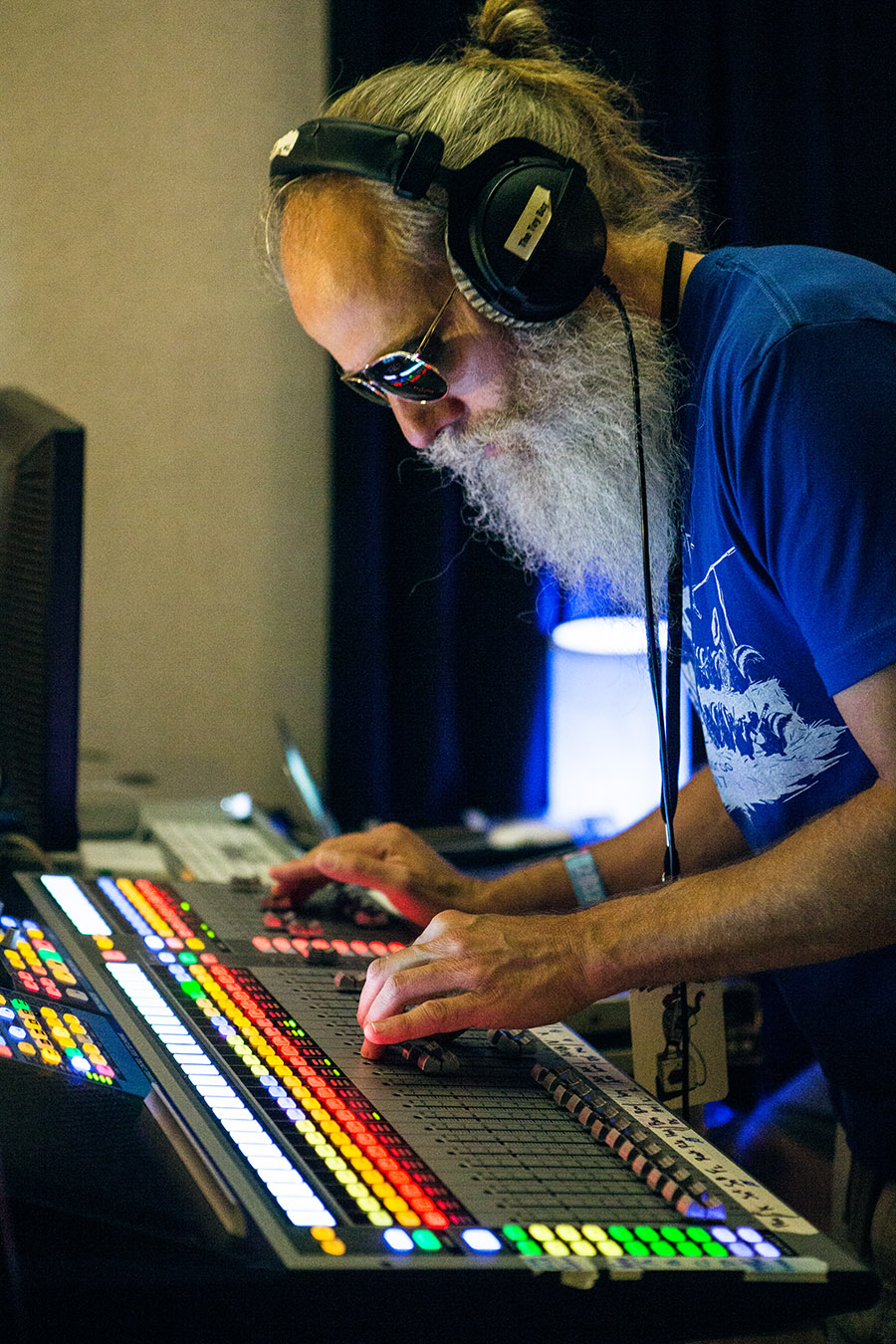 PreSonus’ FlexMix feature also has proven useful. “I choose a FlexMix, and the entire mixer configuration changes and shows me what’s going on with that FlexMix,” instructs Shaw. Using the StudioLive 32’s aux sends, Shaw and team send four custom headphone cue mixes. “We send the cue mixes to the PreSonus HP4, which is a great, simple 4-channel headphone box that is really loud,” he avers. “We have two people with iPads running UC Surface software to control the monitor mixes.”

Main engineer Michael Hardesty also is equipped with UC Surface but he’s running it on a laptop. “Anything Lij can do on the mixer, I can do just as well in the software. My main goal is to set preamps and compressors and do the gain staging so I can get the multitrack feeds recorded properly in Studio One. I am also taking a print of the mix but generally I’m working with individual tracks. I also help with headphone mixes,” Hardesty observes.

With UC Surface, it’s possible to control the mixer from multiple devices at the same time. “That means you can give people different responsibilities,” Hardesty explains. “You also can lock out functions on particular devices; the iPad guys on the recording floor can only control the aux sends for the headphone mixes, while my laptop has complete control of the StudioLive 32.”

The live stereo mix goes straight to mastering engineer Joe Hutchinson. “Joe makes the radio mix sound fantastic,” enthuses Shaw. “He also uses Studio One to capture the performance in stereo. So we’re capturing bands through the StudioLive 32, mixing and mastering, and putting it out to more than 40 radio markets—all within an hour of each performance, with two or three songs for each band every hour.” 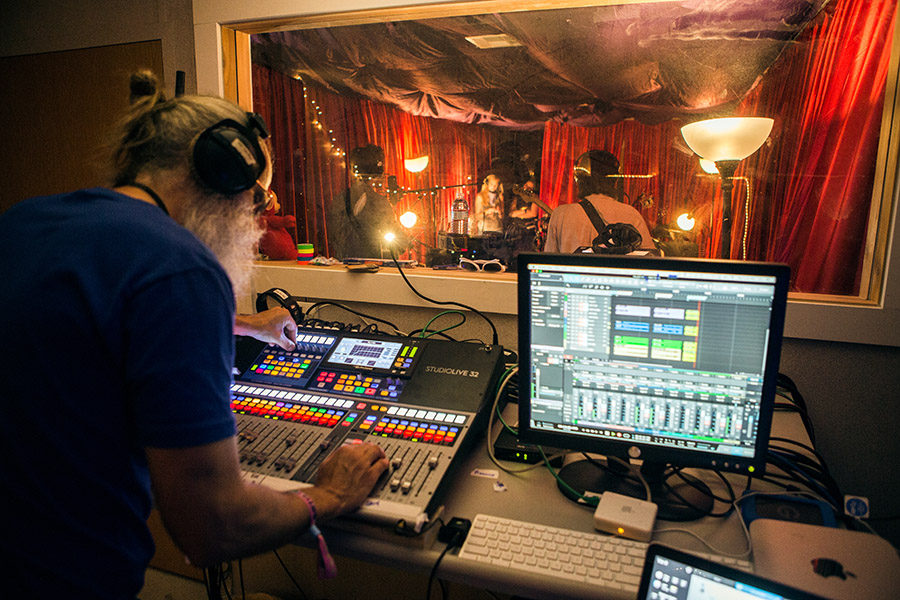 Thanks to the feature-packed, versatile StudioLive 32 and the power and speed of Studio One, Hay Bale Studio had entirely new capabilities at the 2017 Bonnaroo. “The customizable mixing surface, plenty of processing, wireless remote control, recording features, and ease of use let us do things we could never do at a dozen previous Bonnaroos,” confirms Shaw, “and it all sounded great. “We loved using the StudioLive 32, and we’re very happy with Studio One. Bonnaroo is a highlight of our year, and PreSonus helped make it extra special this year. We hope you’ll visit our site and check out some of the recordings!”

Watch Lij demo and show off their StudioLive 32 here:

Listen to their latest podcast from Bonnaroo HERE!

For more information about PreSonus, the StudioLive 32 console/recorder, Studio One 3 DAW, and the HD4 headphone amplifier, please visit www.presonus.com.

Your copy of Notion 6 should auto-update next time you open it. Alternatively, you can find the download links in your My PreSonus account; simply log in and go to My Products>Software.