Tommy Finke, also known as T.D. Finck von Finckenstein, is a singer-songwriter as well as a composer of electronic computer music, theatre music, and modern dance based in Bochum, Germany. He accomplishes all this alongside a Faderport 8, a Studio 1810 and, of course, Studio One 4.5! Take a few minutes and read all about his career and workflow and what his Studio One favorites are. 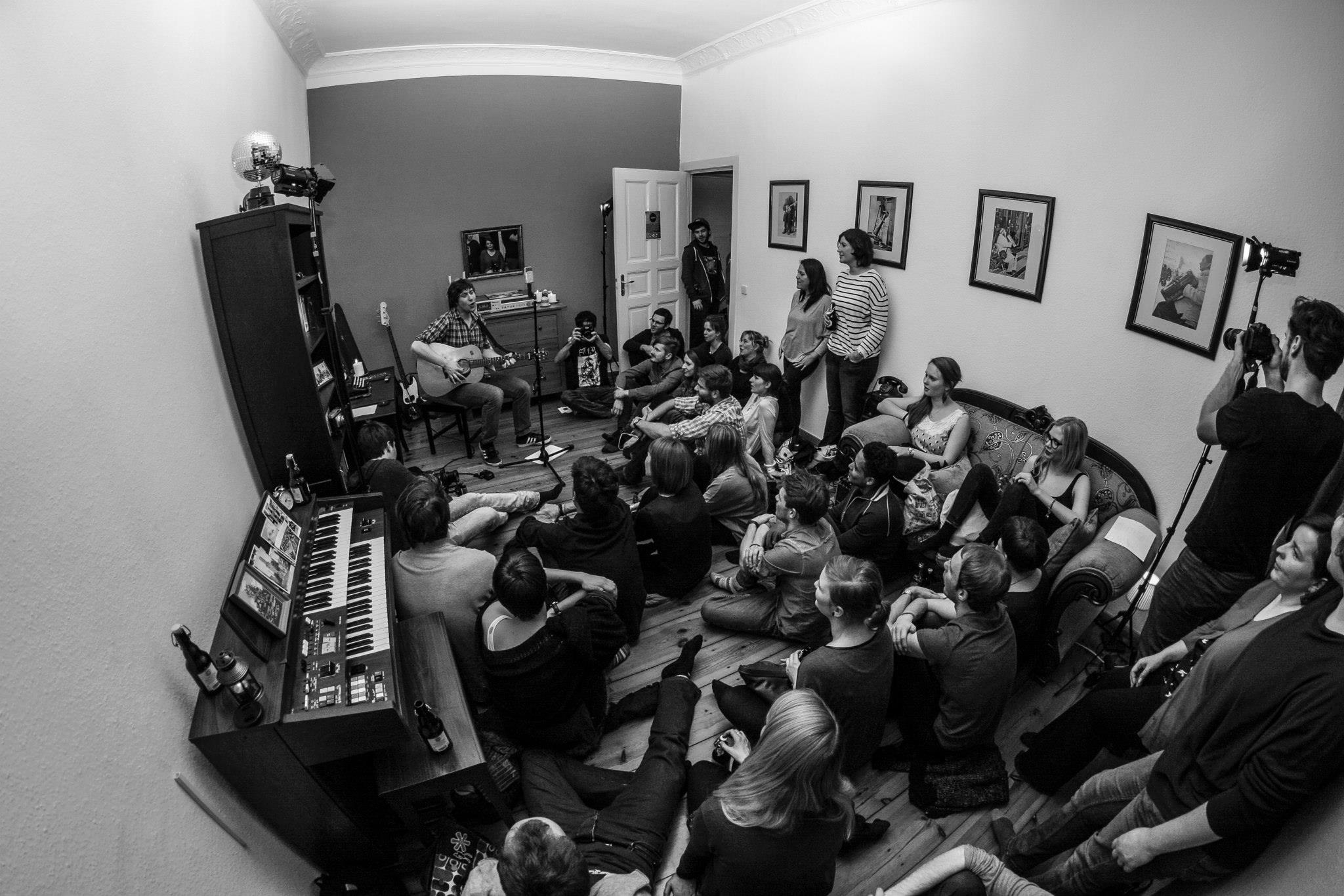 Please give us some basic background info on your career and current projects.

I am what you might call a jack of all trades. When I started making music I was writing songs for myself and for different punk-music bands I was a member of at that time – those were the typical middle-class-kids-pretending-to-be-punks punk bands, but we were honest and had a lot of fun.

Since someone also had to record and mix the trashy demos, I got into recording and serious music-making during that process. Later I studied Electronic Composition / Modern Music at Folkwang University of Arts in Essen, Germany to improve my skills as a composer, since I thought there should be more than INTRO/VERSE/REFRAIN in my musical repertoire and I really liked the work of Karlheinz Stockhausen or John Cage, to name a few.

I collaborated with German artists on their video installations and composed music for contemporary dance as well as film music and was touring as a singer/songwriter with my own songs, which I still do.

In 2013, I got a call from Theatre Dortmund and they asked me if I wanted to be part of a theatre project with live-sampling and looping on stage. Of course, I wanted it! I programmed a system in Max/MSP for the performance and was live on stage. This lead to more theatre projects and in 2015, I became musical director of Schauspiel Dortmund, the acting department of Theatre Dortmund. In this position, I use all my skills from composing for a piece, recording the music, songwriting, rehearsing with the actors, mastering for the theatre sound system. Every theatre piece has to have a special and unique approach and this keeps my brain and ears busy. I like that a lot.

And as if that was not enough, I founded the record label Retter des Rock Records in 2008 to release my first singer/songwriter album but soon released other people’s music as well.

And this year I established Finck von Finckenstein Music and Sound Art Publishing in cooperation with Schacht Musikverlage in Hamburg, Germany because I wanted to keep all royalties of my work in good hands: mine.

I remember having used a PreSonus Firepod in 2009 alongside my MOTU 828 MkII at that time but I really don’t know where I have left it. It‘s just gone and I am sad about that. Right now I am using a Faderport 8, a Studio 1810 and, of course, Studio One 4, the software that made me a complete PreSonus fanboy. Furthermore, I am looking forward to buying either a StudioLive console or one of the rack mixers. And if I hadn’t bought a UAD Apollo 8 just before you released the Quantum 4848 I’d also be a proud owner of that great interface. 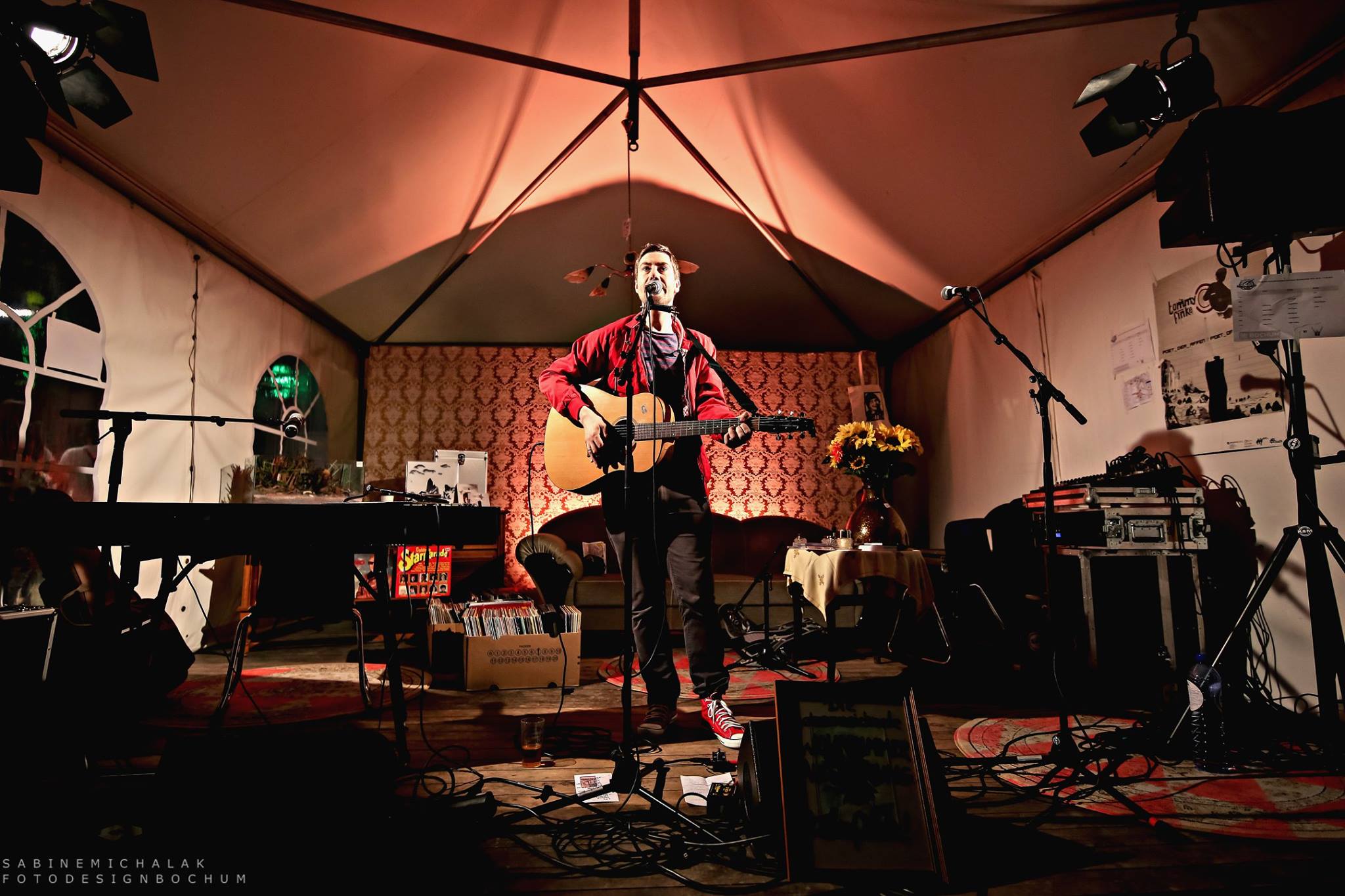 Studio One is my main DAW. I use it for composing, songwriting, mixing, recording, sound design, mastering, basically everything except for live performances. Might do that, too in the future…

What Studio One feature has proven particularly useful and why?

Pipeline is my favorite feature in Studio One right now! I have always been trapped between the two worlds of analog accidents and the ability to recall a project 100% and work later from the same point where I left it. Pipeline helps you with that. Let me tell you what I recently managed to do with Pipeline XT: I built myself a Neve rack mixer out of a Neve 8816 summing mixer and a 8804 fader expansion. Of course, I was able to send every output to the mixer and record the sum into Studio One. But what I really wanted was a way to get the analog and digital world play nicely together, because sometimes you don’t want your kick drum or another signal with a huge impact to mess up your sum compressor or whatever you apply. So I thought to myself “Since Pipeline XT should be able to calculate all the latency I’d get, I should be able to route just SOME of my tracks into the 8816 and feed the sum back into another instance of Pipeline XT…“ And guess what? It works. I can have a beat in my DAW while I send the guitars and synths out into the analog domain and both are combined in perfect sync in the main bus of Studio One.

Naturally, I had to tweak some stuff here and there until it really worked. For example, the sum-return could not be a bus track in StudioOne but a normal track (because busses work differently with latency and the return-bus had no reference for calculating the input latency when just fed with an input via Pipeline XT…) while the sends had to be bus tracks for routing reasons. But that was just some trial and error work until I felt like I finally got the one thing I was searching for for years now. It took me 2 days but I am sure with Pro Tools it would have taken weeks and a lot of hair loss or even erectile dysfunction.

How does Studio One compare to other DAW’s you have used? What’s better, what’s not as good, what does it give you that other DAW’s don’t?

When I started recording and writing music at the age of 16, I had a Yamaha MD-8 minidisc recorder which was paired with a Steinberg Midi Sequencer on an Atari ST computer. Then I had Steinberg Cubase on my PC when I was 20. With 25, I bought a Mac and was introduced to Logic which was like a different world to me. I kept using Logic until 2015. I had to switch to Pro Tools due to production in a studio that needed projects being delivered as Pro Tools projects. At the theatre, I was always using Ableton Live due to its qualities in scene-based and looped music. I even used Bitwig and Digital Performer. So you could say I know every major DAW. When my Faderport 8 came with Studio One and I opened the DAW for the first time my impression was “Wow, this looks and feels like someone took Cubase, Logic, Pro Tools and took the best of each of them.“ Few weeks of running Pro Tools alongside, then abandoning Pro Tools. I would say Studio One is the fastest way for me to get my ideas out of my head and into the world.

I am a big fan of the tempo track. I like it when musical tempos, even EDM, changes over time. (Please, DJs and DJanes, don’t kill me…) So when I am ready with a basic arrangement of my track I tweak the tempo track until it sounds more natural. Sometimes I go the extra mile and take an old track that had no click at all by Led Zeppelin, The Who or Bob Dylan, feed it into Melodyne, have a tempo analysis and – thanks to ARA – import the tempo into my arrangement to get a certain feeling. It works like a charm. Though I must say I like the tempo recognition of Cubase better than Melodyne’s, so sometimes I search for my Cubase Dongle and start it up just to create a tempo map and head back to StudioOne. Maybe StudioOne needs a tempo recognition outside of Melodyne… anyway, tempo track is a great feature, just like macros and the arranger track, btw.

Any features on your wish list for us to add in future updates?

5.1 or even 7.1 mixing would be great for mixing film tracks. Also, it would be great to have a dedicated track for your movie where you could even cut the film a little.

But what I‘d really like is a live-looping option. Not like in Ableton Live, something more like a live-looper. I‘ve recently bought a software called ALK2 by a Berlin-based software company. They have developed something I have never seen before: an arrangement looper. I say: check it out and buy that company‘s idea and integrate it into Studio One. If live-looping was part of Studio One, I‘d use it for live gigs as well. 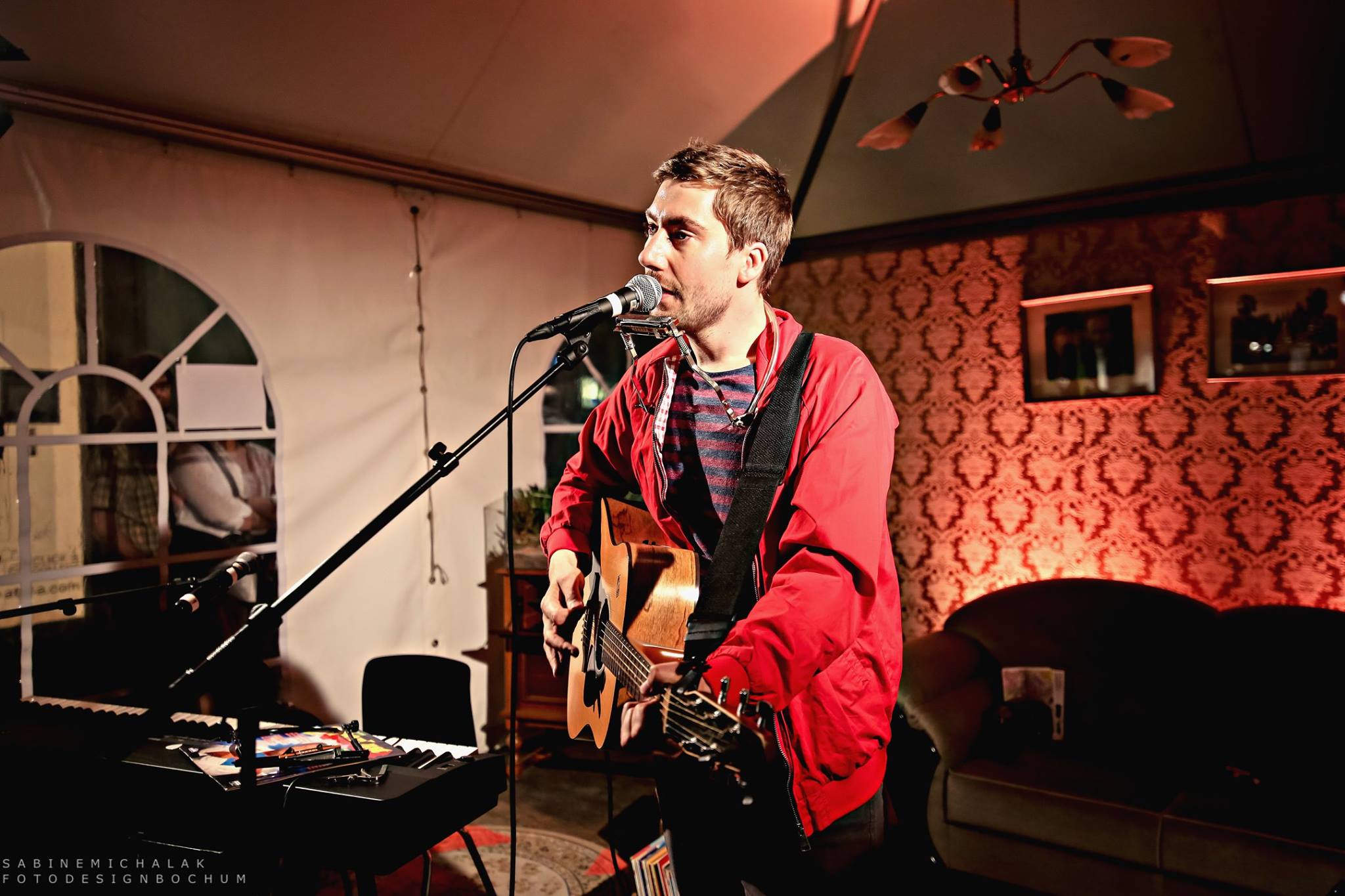 Since I already told you about my experience with Pipeline XT there’s not much more to say from my side. But I would strongly recommend the great Studio One User Forums at PreSonus’ website and on Facebook. A lot of helpful people with many magic tricks up their sleeves!

Yes: thank you for “Mix the Music“!

Comments Off on Tommy Finke Talks Theater, EDM and Studio One!