Sonic Sense Pro Audio is SO GOOD to us.

In this new video, they open with a nice breakdown of the workflow and feature upgrades in the new StudioLive 32.2.4AI as compared to the original StudioLive 24.4.2. They touch on Active Integration, computer-free wireless connectivity, Capture 2.1, Mute Groups, Scenes, Fat Channel updates, and more.

But they don’t stop there. They run a multi-track recording from the FoxField Four through BOTH mixers, and provide an A/B test of the stereo mix from both mixers, so you can hear the sonic improvements in the StudioLive 32.4.2AI for yourself!

Great work, guys, and thanks for your support!

Why Pepper chooses the StudioLive 24.4.2 for in-ear monitoring

Pepper has been touring hard for some time now, and they’ve turned to the StudioLive 24.4.2 to make the rigors of the road a little more comfortable. Band members and FOH engineer Mike Sutherland sing the praises of their StudioLive and how it applies to their in-ear monitoring solution.

Brian BotKiller saves the day with his StudioLive 24.4.2

I wanted to share with you a great story about my StudioLive 24.4.2 for a gig I was running front of house for the other night. I got to the venue, and found that there was an old Behringer console there, which I soon worked out to be a serious failure. The musician I was working with was named Willy Porter, and he was very specific about what he wanted in his mix. I knew I needed to make this happen for him, so I went back to my studio and got my 24.4.2, and set it up in the venue with only 40 minutes to doors. I dialed his mix in immediately, using my ipad while mixing in the room, as the console was off in a small booth. I then made custom mixes for his sets, and I was able to record the entire set in Studio One on my laptop for him. He was absolutely floored at how easily I was able to do this, and the quality of the mix was amazing.  He said the built-in reverb was the best and most tunable he’d ever heard in a mixer, and that he’d never had a better experience with a mixer. He was quickly made a PreSonus convert!
I just wanted to share this with you, as I think it is a testament to the quality of what you make.  No other product could have done this with the ease and speed that I was able to make use of with the 24.4.2.

Is that a StudioLive 24.4.2 I see in the background? Probably.

Lesle Lewis and the StudioLive 24.4.2

[This just in from Sudhin Prabhakar of Pro Musicals, our distributor in India!]

Lesle Lewis is one of India’s well known pop stars, being one part of the Colonial Cousins, a rock/pop act that took the country by storm in the 80s, and has continued their run for decades.

Lesle used the StudioLive 24.4.2 at a concert in Chennai which incorporated a live rock band and full compliment of Bollywood-style dancers.
Lesle chose the StudioLIve for its amazing ease of use, instantaneous setup time, and virtual sound check capability. He also is full of praise for the SMAART technology built in that is used to ring out the room in minutes and control feedback in a jiffy. He’s also able to set up his delay stacks to perfection with no guesswork.
Lesle says, “It’s always amazing to see as to how this compact mixer replaces racks and racks of processing gear and endless tangles of interconnect cables. The preamps sound musically sweet,  have loads of headroom, and I get a 24 channel recording at the end of the show with a single touch of a button.”
Regards,
Sudhin Prabhakar John Tulley on Recording the Twin Killers with the StudioLive 24.4.2 and Studio One 2.5

[This just in from John Tulley, recording engineer for Twin Killers!]

The StudioLive 24.4.2 and Studio One 2.5 work so great together. Twin Killers music has a very eclectic sound palette and during the recording process the creative flow is quickly shifting through ideas and sonic spaces. The mixer/DAW combo allows me to get sounds dialed in quickly, without a rack full of gear, print awesome sounds and keep the creative process flowing. The layout always makes sense and is very clean. You’d be hard pressed to get so much power out of any other two tools while always remaining to stay in such a musical headspace!”

The song was recorded by John Tulley in Andrew Martin’s home studio. Greg Saunier of Deerhoof mixed/mastered the track. Paul Charbonnet directed/recorded the video, and Andrew Drazek edited it.
Thank you so much!

StudioLive LIVE at Live at The Loft, LIVE!

[This just in from Tone from Live at the Loft, an amazing music video production cleverly disguised as a music venue. All shows are invite-only, free, recorded by a StudioLive 24.4.2, and filmed by a really nice camera. As a result, their website is rife with high-quality live performance footage from about a zillion bands, and if you look close you’ll spot a StudioLive in some of them! Tone gave us a little more info about his recording rig for The Loft. It follows.]
We’ve got a  50′ 16 channel XLR stage snake connected right to the StudioLive 24.4.2.  The stage snake also connects our stage monitors from the AUX outs of the board. The StudioLive is connected to an i7 Mac Laptop running Capture. We record the DJ sets and live performances through the console and Capture, which usually run about 4 or 5 hours in total.  From there, I export the stems from Capture, zip them and upload to WeTransfer for download by our audio engineer in California.
The main reason the StudioLive 24.4.2 kicks butt for us is its ability to control the house mix separately of the mix to disk. That, and its rock-solid reliability, and that it records 24 tracks over FireWire. 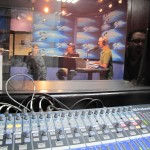 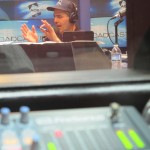 Hope you had an awesome Christmas!

Here is our latest video.  Scott Szeryk performing Caprice No. 5 by Paganini.
Released on Christmas day and Recorded on the amazing Studio Live 24.4.2
http://www.youtube.com/watch?v=lpcyVz9Tfh0

Thanks to Northern Sound and Light for This Great StudioLive Video!

JC Bittence, PreSonus representative from TechRep Marketing, takes us (you) through an in-depth look at the PreSonus StudioLive 24.4.2. This video clocks in at around 20 minutes, so you may wish to make a sandwich first.