Good ol’ Jake Owen. Shortly before his appearance at the BMI Summer Block Party to celebrate his hit, Beachin’, Jake landed an interview at the Greek Theatre with none other with Larry King, the man who invented interviews, way back in 1437. Check out the video below to get a bit of backstory on Jake’s formative years and get some of his stories from the road.   While it’s hard to look past Jake’s perfect teeth and rugged heartthrobby-ness, try. Racked in the back you’ll find a bevy of familiar, handsome PreSonus gear.

Anything back there you recognize? If so, what? VIDEO SCAVENGER HUNT! (Fun fact: you can also conduct analog scavenger hunts while beachin‘.) All that gear is currently on the road with Jake, allowing him to record while on the road, mobile-studio style. steadyb and Rachel have been on working with the Jake Owen team at the above-mentioned BMI show, along with the Morris Sound and Light crew. All of them are great people to both work and be stuck in a bus with.

Larry King isn’t the only one who’s taken notice of Jake. Here’s a writeup of the concert from a little magazine called “Rolling Stone.” 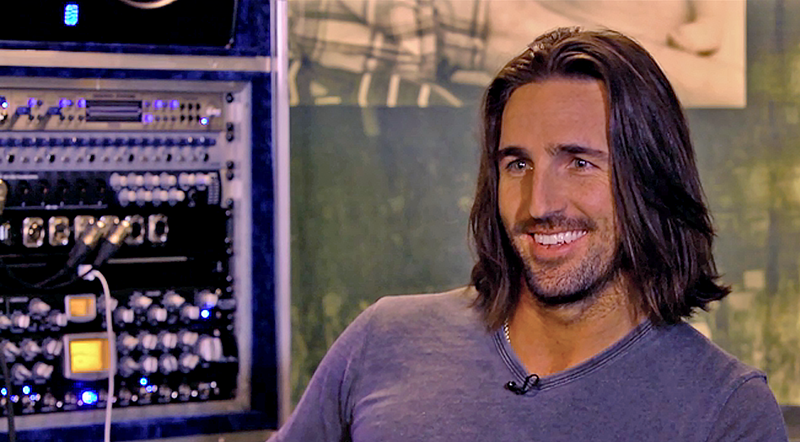