Nimbit Artist of the Week: JP Harris and the Tough Choices 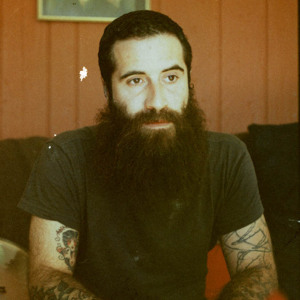 There’s a paradox inherent in the very notion of country music in an internet age. Country has always been directly influenced by whatever the devil pop music is doing at the time, and crossover hits between the two genres are subsequently commonplace. For better or for worse, this has made for some interesting sonic innovations, and a music writer can’t help but notice that the very things that made country appealing in the first place—earnestness, humanity, and real people playing together in the same room—tend to get a little lost in the digital dustup.

Fortunately for you and I, JP Harris and the Tough Choices play the sort of country music that makes one realize that some things were done correctly the first time around. To both their credit and listenability, Harris and company’s sound is less new-school and more no-school. It shoots from the heart rather than for it, and there’s nary a digital artifact detectable on either of their wonderfully emotive full-length recordings. This isn’t to say the records don’t sound old-fashioned, it’s to say that they sound just right. Perhaps they should have called themselves JP Harris and the Right Choices.

A well-traveled troubadour despite being scarcely over thirty, JP left Alabama to travel the country via freight train at the age of 14, guitar in tow. Over his four vagabond years, JP wound up in California before moving through Louisiana, where he recorded I’ll Keep Calling before settling in Nashville, which is the closest he can call to a permanent home.

JP’s influences don’t seem to draw from any music that came out after 1974. The most overt influences echo Buck Owens, and particularly George Jones and two out of three Hank Williamses in woeful tracks like the titular “Home is Where the Hurt is.” The material isn’t tear-in-your-beer from start to finish, however, as there’s a bevy of boisterous fun in tracks like “Young Women and Old Guitars,” which contains a winking nod to low ends via a double-dose of baritone sax and baritone guitar on the same track.

Both Home Is Where The Hurt Is and I’ll Keep Calling are available from JP Harris’ Nimbit store on CD, digital download, and good ol’ vinyl, which was also done right the first time around.