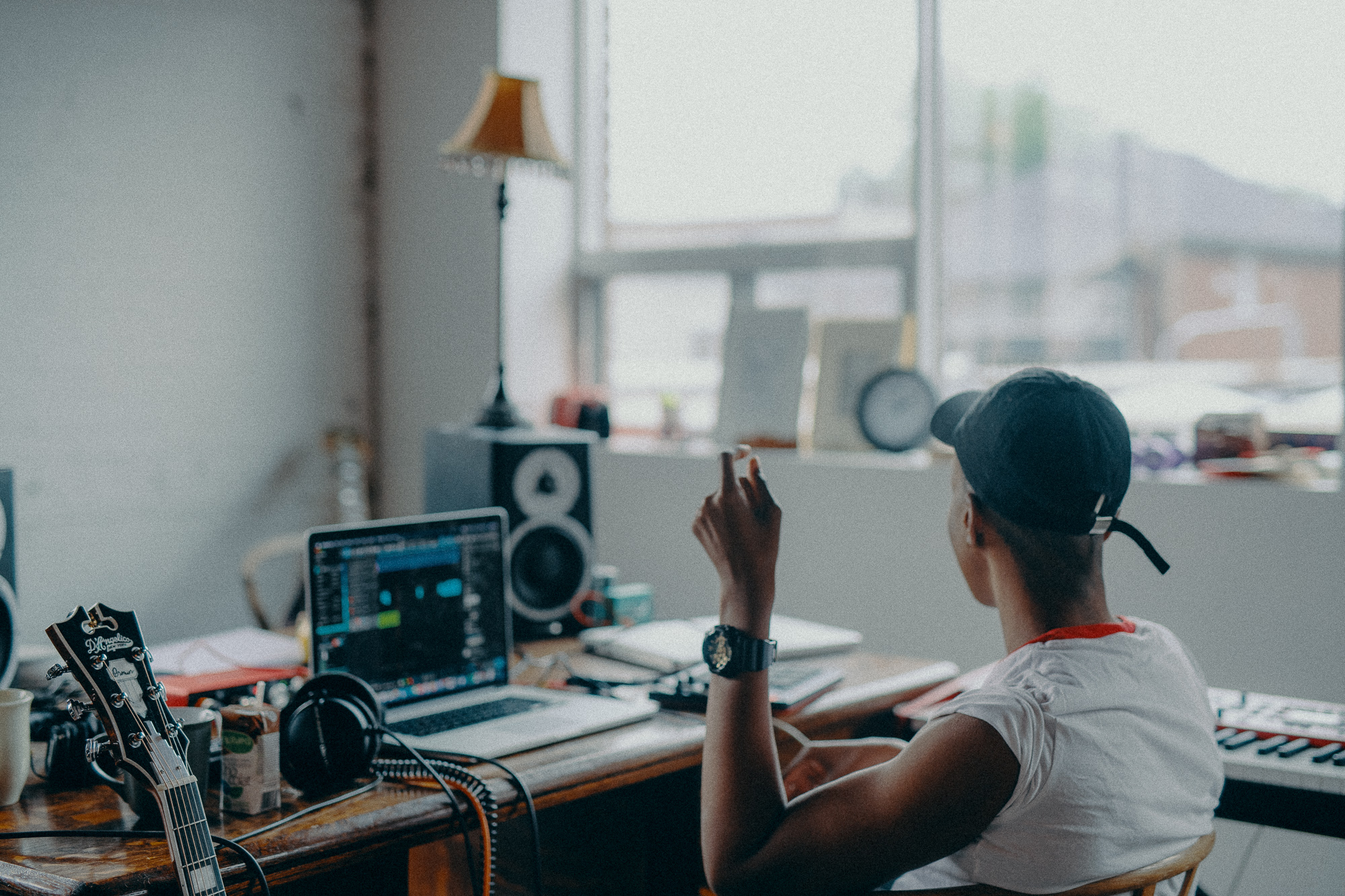 Emmavie can be summed up in one word… COOL!

She’s also talented, brave, stylish, expressive, funny, creative, gifted, innovative, hip, original…  OK, we’ll stop now. She’s a singer, songwriter, producer, and DJ from London. Specializing in what she describes as “limitless, soulful, future R&B,” her music is an amalgamation of 90s RnB influences and her love for digital audio experimentation. Emmavie has credits with a number of artists both in the UK and internationally, including collaborations with IAMNOBODI, Budgie, ROMderful, Jarreau Vandal, Dornik, Alfa Mist, Barney Artist and Jay Prince.

I’ve been making beats since I was 11 years old, but I started playing around with sounds a little younger. I remember, I started teaching myself how to play basic melodies and chords on a Casio keyboard my dad bought me from Argos in primary school. I used this to play with the built-in drum sounds too, and when I moved to secondary school, I needed a way of recording this. I started teaching myself how to make beats after school. There were no YouTube tutorials back then, so it was a calamitous process. I think that would explain why my sound is so experimental now. 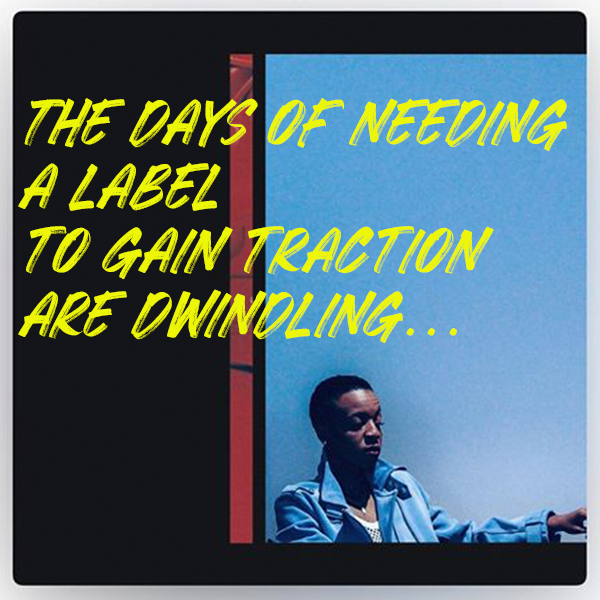 When I first decided I was confident enough to share my music, MySpace was the number one social media platform for independent artists to be seen… and even then, the only way to professionally release and sell your music was to be distributed through a record label. These days, you can top the charts with a song you’ve made in your bedroom/home studio! The days of needing a label to gain traction are dwindling. In fact, the perception of releasing independently without industry backing but gaining a lot of traction and virality is possibly an even more attractive narrative, nowadays. When I started making music, being signed and moving to a million-dollar studio was at the top of my list of goals. Now, I can make music anywhere. I make beats on the plane and outside in the park. My new focus is the groundwork: studying, practicing, becoming the best at what you do and building your own core following. Without these, a label will rarely sniff in your direction.

I wrote my first song at eight years old with my younger brother using a karaoke machine. I can’t remember how that went but we used to practice and perform it for our parents, haha! I was a quiet kid, and I discovered writing lyrics was a good guise to get my thoughts out. My dad played so much old-skool R&B and Neo soul where everyone sang about being in love, and I guess a part of me wanted to feel like that too so I started writing about love but at 11, what did I know about it? The earliest song I can remember producing was called “Are you okay?” and it was a song asking my imaginary love interest to tell me what’s up when things aren’t smooth between us. Clearly, I was listening to music beyond my years. It was an intense eight-bar R&B loop with The Neptunes-style drums and ridiculously loud synths. I recorded the vocals on a £10 Logitech microphone from Argos!

The most influence I’ve had in my life has been from my friendships and adverse life experiences. I’ve had the same best friends for 18 years and it shocks me how much we’ve grown with each other. We both spend so much time working out all the issues of the world and working through all of thoughts together, we’re each other’s therapists. After all this intense self-analysis and critical thought, you end up in a place of understanding. And when you know something you can confidently talk, write and convert it into art; and that’s what’s kept me writing hundreds of songs over the years.

Musically, it’s been artists like Missy Elliott, Pharrell, Timbaland, Jon B, and Musiq Soulchild. I became obsessed with electronic music listening to Dorian Concept, Hudson Mohawk and Monte Booker on Soundcloud and because I couldn’t play an instrument, I learned how to manipulate samples like they do in order to get the desired effect. 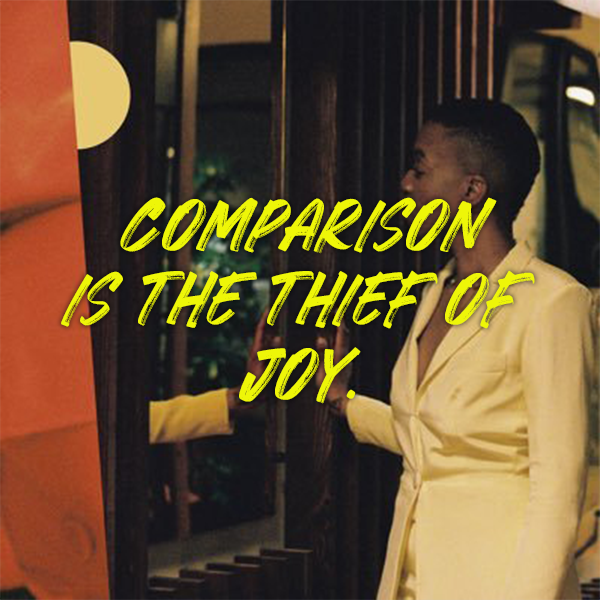 I’ve wanted to give up on music many times! At times, it’s difficult to stay motivated when you’re working away, making and sharing music and your bills are piling up. It’s difficult not to compare yourself to others because you need examples of success in order to set goals for yourself, but the comparison is the thief of joy. In my career, I’ve had a lot of people make me huge promises and then let me down but later on, I learned that the direction and trajectory of my life and career is no one else’s responsibility but mine. Confidence and self-belief is what keeps me going. When you have confidence, it allows you to act and send out messages of intent to others which causes them to believe and invest in you. The confidence comes from practicing and knowing that now I can make a song without difficulty.

It just works for my brain. I need to be able to work fast when inspiration hits. I have used every DAW, and so many things about the layout of other programs just didn’t lend itself well to my brain. All of the functions are so easily accessible and placed where it just makes sense. It feels like I can do everything I need to ever do by just right clicking.

Approximately three years ago, I was introduced to Studio one by a studio engineer who was mixing and mastering a single of mine. I watched him using it and he was adamant I should try it and then a few months after that, whilst I was running a music production demonstration, two producers approached me at the end and told me that they thought I would love it. This piqued my interest.

Any tips or tricks or interesting stories based on your experience with Studio One?

One of my tricks is I automate the tempo to do a slight increase or decrease when my beat is about to do a flip. It’s so subtle and might only change by as little as 3bpm but it makes such a difference to the feel. I might make the climb/descent happen in a space of three seconds, so it’s quick… but it’s felt.

An obvious piece of advice but somebody needs to hear this because so many of us experience the devastation of losing all of our music at least once in our careers. DOUBLE BACK UP ALL OF YOUR PROJECT FILES! Make sure not just your .MP3s and .WAVs exist in three places but your entire project file. On your computer, on an external hard drive and online e.g DropBox, Google Drive. 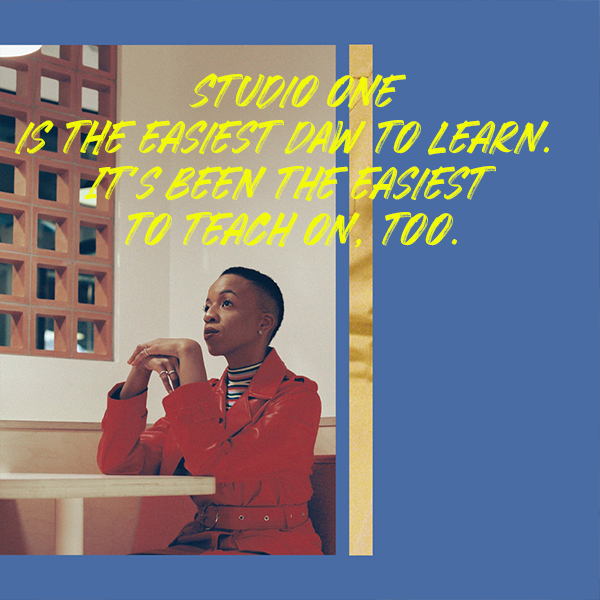 In my experience, Studio One is the easiest DAW to learn. It’s been the easiest to teach on, too.

YouTube tutorials, mostly. And luckily, I have access to producers who’s work I admire that also use Studio One so I go to them for tips.

I go outside. Eventually, the intense pull to create will draw me back inside. I listen to and study old music – Cuban Jazz and 90s R&B are my go-tos right now.

I just recently released my debut album, Honeymoon. 13 songs all written, produced and recorded by me in my home studio. It’s had national and international radio play, including being played on the countries top radio station, BBC Radio 1. Next, I will be working with Native Instruments and Nike to present “School of Bop,” a workshop for young artists to learn more about music production and writing and during these demonstrations, I always use Studio One. 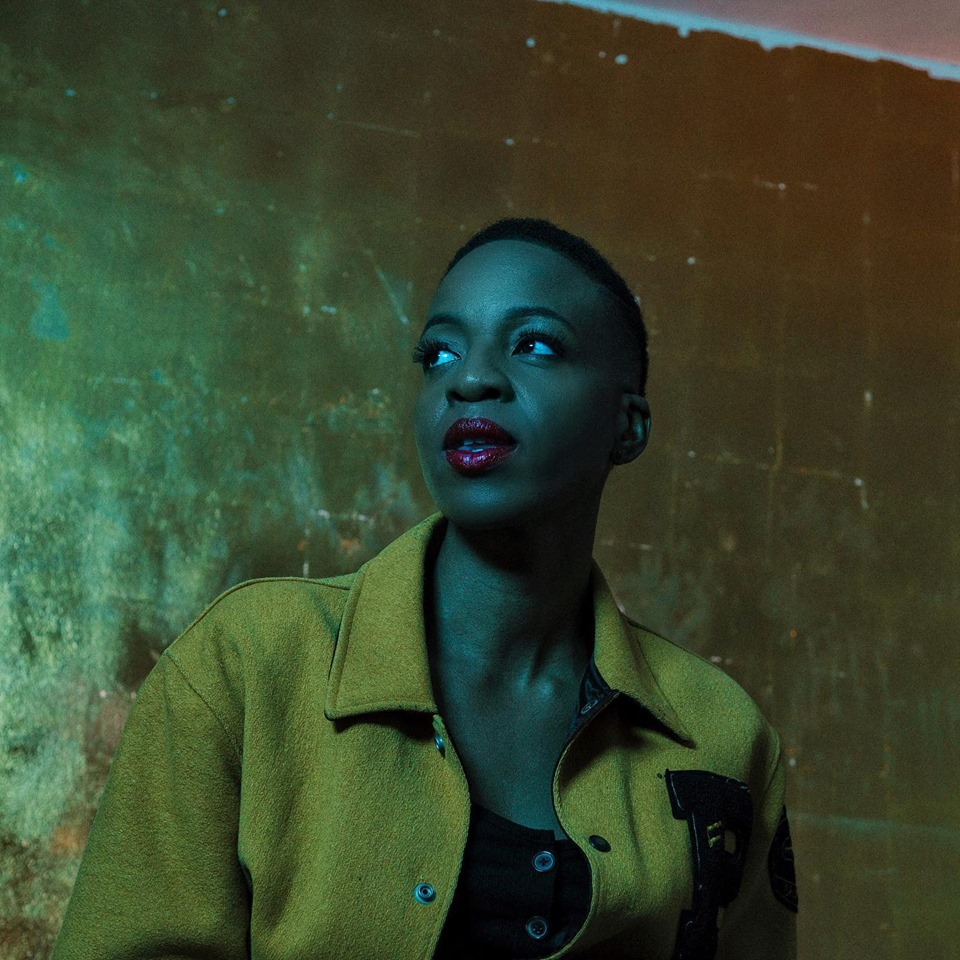 Join the Studio One family at a very special promo price today!