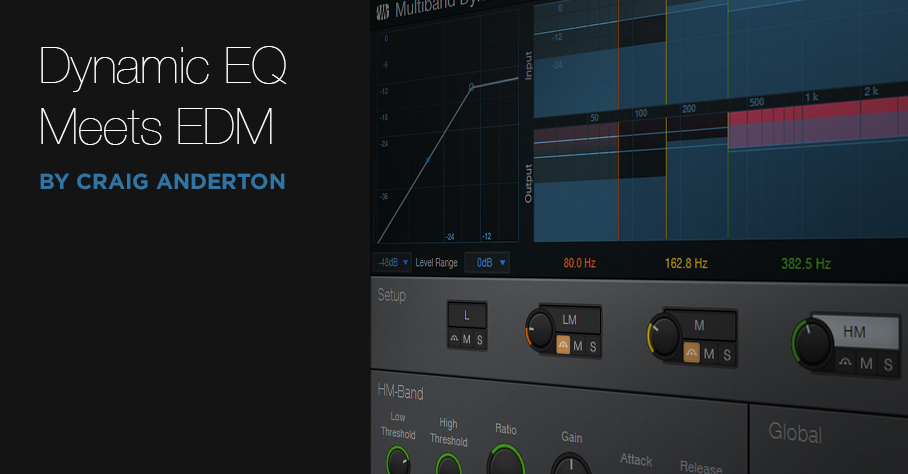 I’ve always loved having one track impart its characteristics to a different track (“cross-modulation”), particularly for EDM. A good example is using a vocoder for “drumcoding,” where drums—not a microphone—provide the vocoder’s modulation source. Previous Friday Tips along these lines include The Ultra-Tight Rhythm Section, Smoother/Gentler Sidechain Gating, Pumping Drums – With No Sidechain, and most recently, Rockin’ Rhythms with Multiband Gating.

Sending audio from one track over a sidechain to control dynamic EQ in another track is great for cross-modulation effects—and now this is easy to do in Studio One 5 because sidechaining has been added to the Multiband Dynamics processor. One of my favorite effects is using the kick drum to boost the upper midrange on a rhythm guitar part or keyboard pad so that the guitar or pad emphasizes the rhythm…and that’s just one possibility.

This isn’t about “textbook” dynamic EQ in the sense of being able to use any type of filter (e.g., highly resonant bandpass) as the EQ, but as pointed out in the Friday Tip Studio One’s Secret Equalizer, the Multiband Dynamics combines both EQ and dynamics. We’ll use that to our advantage—and in a way, a relatively broad filter response is better for this kind of application. (The typical dynamic EQ application involves fixing a problem, and for that, you often need precise filtering.) 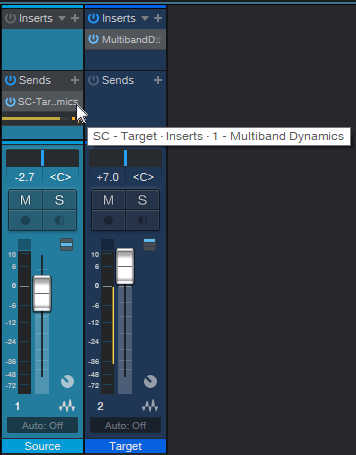 This is where the fun begins. The sidechain feeds all Multiband Dynamics bands simultaneously, so the most basic implementation would be bypassing all the bands except for one, which you then set to either cut or boost a particular frequency range. The amount of boost or cut depends on the level that the source track sends to the sidechain.

For example, with compression, you can create pumping effects (Fig. 2). 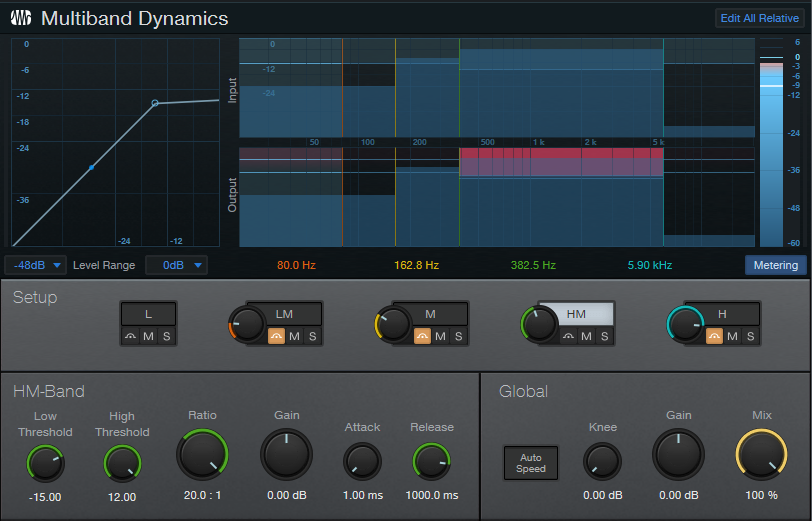 Figure 2: The Multiband Dynamics attenuates the selected frequency range whenever it receives a signal from the source track.

In this example, a kick drum is modulating a pad. Every kick drum hit attenuates the HM (High-Mid) range; the amount of attenuation fades over the 1000 ms Release time. A shorter Release parameter creates a more percussive effect. Choose the frequency range you want to modulate by adjusting the crossover frequencies. Even better, note that you can automate the Multiband Dynamics’ crossover frequencies, so the frequency range can sweep over time—this is a novel effect that adds considerable animation.

Another option is to raise the target band’s Gain so that any modulation lowers the band’s level. In other words, the default state for that band is boosted, and modulation reduces the boost.

You can also boost a band’s level in response to dynamics, by setting the Multiband Dynamics parameters for upward expansion (Fig. 3). Note how the graphic in the upper left shows an expansion curve instead of one for compression. 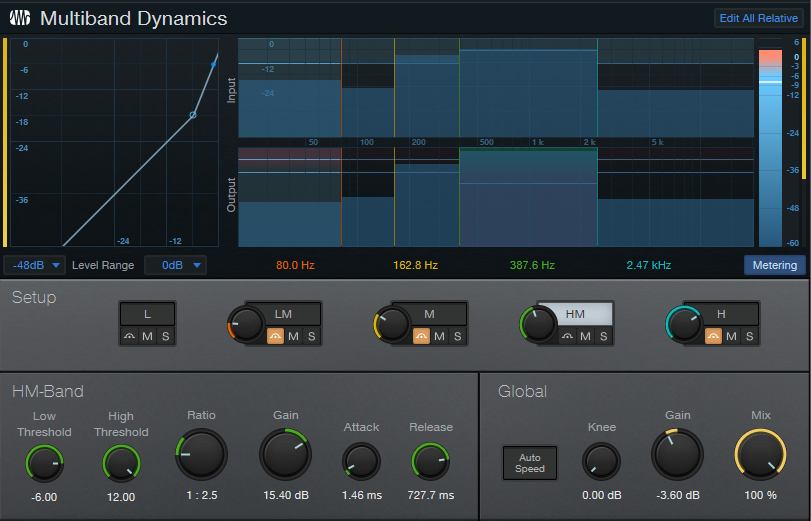 The control settings here are fairly crucial. Ratio must be set for upward expansion, so the second number in the ratio control needs to be greater than one—the bigger the number, the steeper the expansion. For the maximum expansion effect, set High Threshold to 12.00. The Low Threshold parameter determines where expansion begins, and Gain increases the overall level to compensate for the lower level below the point where expansion kicks in. Adjust Attack and Release to shape the boost’s dynamics. Because upward expansion boosts the output signal level, you may need to reduce the Global gain somewhat.

The best way to understand all the possibilities is to create a basic setup like the one in Fig. 1 with a kick drum as the source and a very simple, sustained pad (e.g., a chord with sawtooth waves) as the target. This will make it easy to hear the results of playing around with the Multiband Dynamics’ controls. And of course, it is a multiband processor, and the sidechain feeds all the bands, so you could have one band attenuating while another is boosting. If you get into automating parameters, the sky’s the limit.

Dynamic EQ can also be useful to process signal processing. For example, suppose there’s a main reverb inserted in a bus, to which you send drums, guitar, voice, etc. To avoid muddiness, insert a Multiband Dynamics after the reverb, use kick as the sidechain source, and attenuate the low frequencies whenever the kick hits.

Cross-modulation with dynamic EQ can be serious fun…give it a try.