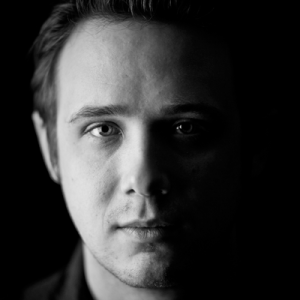 Dave Coffin‘s involvement in the music biz started when he was very young, potentially even prenatal—he was born into a supportive family who raised him in an environment rife with classical music, and you know what they say about kids who hear Mozart while in the womb.

As Dave grew up a little, his aptitude for music was clear, and said supportive family encouraged his musical leanings by buying him a strat for his ninth birthday. Despite having been raised on the classics, Dave found himself drawn more toward mohawks than powdered wigs, and wound up cutting his musical teeth on punk rock.

While his parents may not have been able to sway him from Green Day, Dave Matthews (yes, that Dave Matthews) did. After hearing the siren song of DMB, Coffin cashed in the strat and amp for a Martin, and the rest is history. He wrote and recorded acoustically for six years before pulling up stakes from Maine and shipping up to Boston for college, where he majored in Ellis Paul with a minor in Patty Griffin.

Dave’s Nimbit store offers two four-song EPs and the 2010 full-length, The King is Dead. The Dave is alive, fortunately, and so are many of his session-player friends, who joined him in the studio to make their mark on Dead, and it sounds great as a result. Dave’s earnest performance, songs, and sincerity probably helped a lot, too. Give it a close listen, and you may well be able to hear a streak of politically-charged punk rock attitude here—buried quietly somewhere in the songwriter’s heart, and no longer worn on a safety-pinned sleeve.