Champion Sound 7: and the winners are…

Thanks to Amahl from Champion Sound for these great shots of the winners from their season finale! 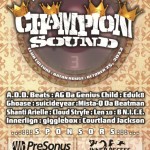 Champion Sound Baton Rouge is a producer battle and artist showcase that happens on the last Thursdays of every month at Club Culture (450 Oklahoma St., Baton Rouge LA 70803). The first competition was held on August 30th, 2012. The beat battle and showcase will run through November 2012 before taking a two-month hiatus that aligns with the local schedules of Louisiana State University and Southern University.

The creators of Champion Sound are Amahl Abdul-Khaliq (AF THE NAYSAYER) and Jason Barefield (Field / Kladni Figures). This pairing brings a unique perspective, as it combines AF’s producer battle-tested minset with Field’s 15+ years’ experience in arranging, performing, and promoting shows.

With the exception of the first event, which was marred by Hurricane Isaac, the available contestant slots have been filled to the maximum! Producers are coming from far and wide, including Dallas, Houston, Shreveport, New Orleans, and Chicago. Word has begun to spread about not only the level of the competition, but the quality of the event. High-level sponsorship from PreSonushas helped Champion Sound garner serious attention and attract producers from several different genres of electronic music and experience levels.

Champion Sound uses a three-judge format, two of them being staples, and one guest judge per month. The steady judges are Baton Rouge’s own G.O. DJ Automatik and Rules of Culture’s in-house producer/engineer Scooter Jackson. Guest judges coming up include DJ Matt Bruce (October) and November will showcase the talents and ideas of legendary lyricist/MC Akil of Jurassic 5!

Past guest judges have included:

Below are photos from the September event so you can get an idea of what you might be in store for should you choose to attend the next time around!  Come one, come all! 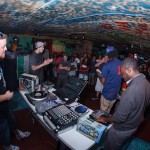 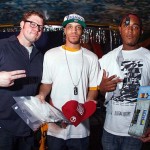 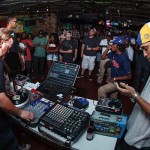 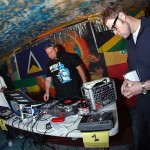 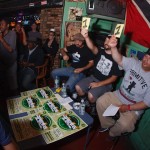 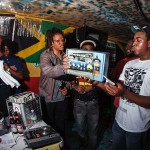