This just in from Sudhin, our partner at ProMusicals, our distributor in India!

“Just back from Broadcast India show! (Oct 10th-12th, 2012) It was a decent show, and featured some serious cameras and lights. Hereare a few pics of the mixers on demo at the show. We demoed the new Smaart features, capture for broadcast studios, etc.  All visitors without exception were impressed with the simplicity and user-friendliness of this mixer!” 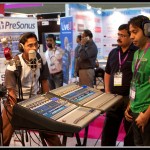 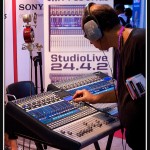 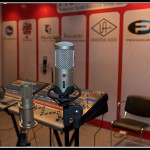