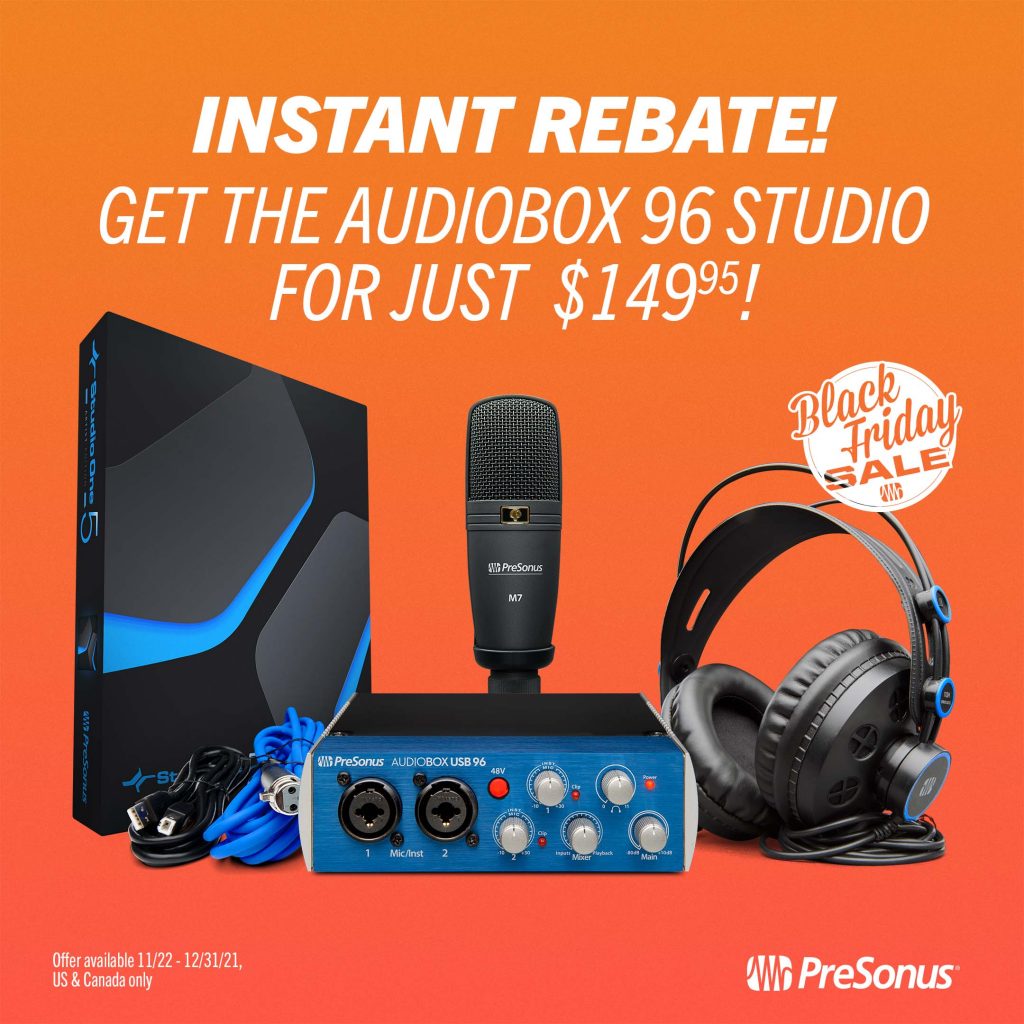 Now through the end of December, get an instant rebate on the AudioBox 96 Studio Blue Edition at participating dealers in the USA and Canada!

Comments Off on Instant Rebate! Get the AudioBox 96 Studio Blue Edition for just $149.95 in the U.S. and Canada! 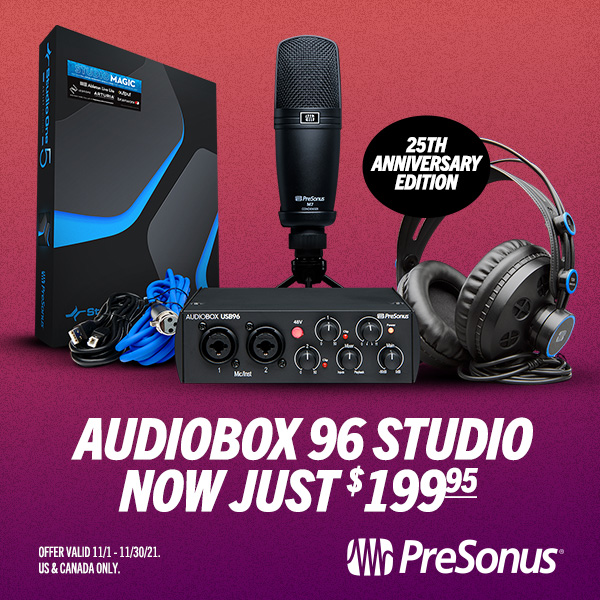 Now through the end of November 2021, save $30 on the AudioBox 96 Studio 25th Anniversary Edition at participating dealers in the USA and Canada!

Start recording today with this complete, all-PreSonus package! Based on the AudioBox USB 96 audio/MIDI interface and award-winning Studio One recording and production software, PreSonus AudioBox 96 Studio is great for creating multitrack recordings, demos, live recordings, podcasts, field recordings for video and sound effects, and much more.

Comments Off on Save $30 on AudioBox 96 Studio 25th Anniversary in the USA and Canada in November 2021!

Record in the field (at 96k, if you like) with the included Capture for iPad software, then wirelessly transfer your tracks to your Studio One workstation for mixing!