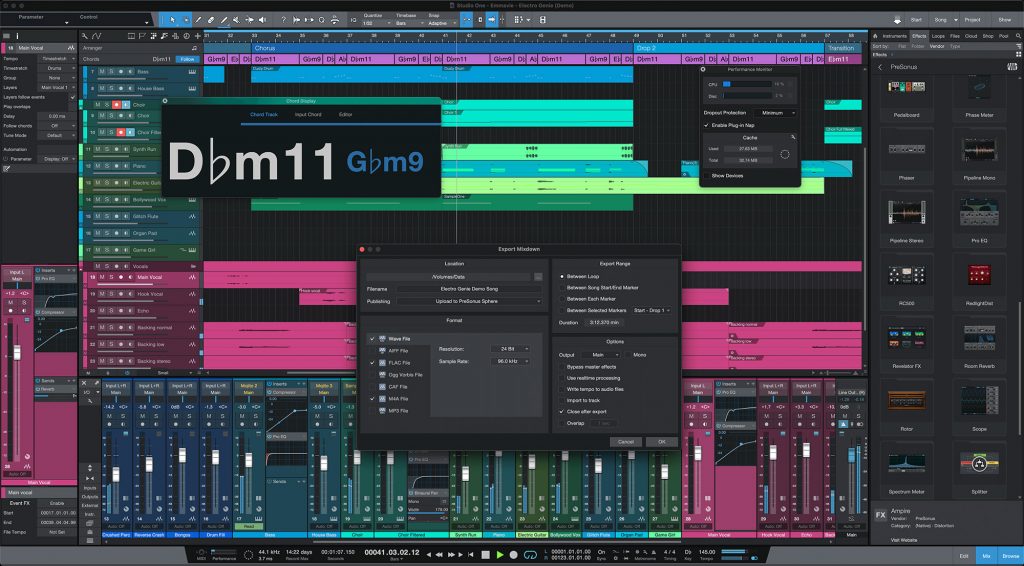 Studio One 5.4 adds new features, enhancement, and powerful workflow improvements to Studio One 5. This is a free update for Studio One 5 users and PreSonus Sphere members. Click “Check for Updates” from Studio One’s Start Page to get it! 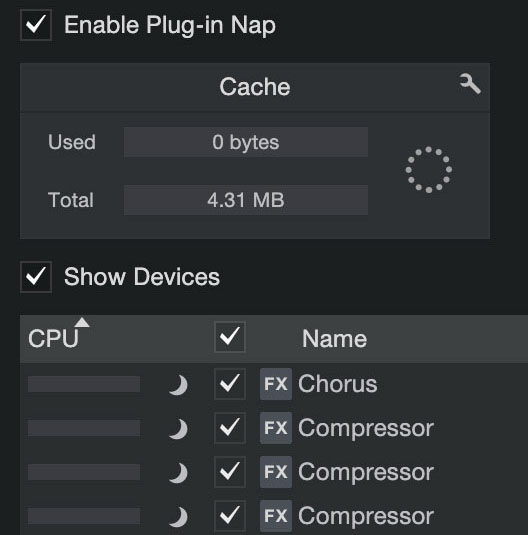 Studio One 5.4 introduces a new Plug-in Nap option that improves overall CPU performance by pausing processing for any plug-ins that are not currently passing audio. The status for each plug-in can be monitored in the updated Performance Monitor.

Plug-in Nap is automatically suspended when the plug-in window is opened. With this new option enabled, you can run more plug-ins in your session. Plug-in Nap does not currently support virtual instruments.

Export multiple formats in one pass 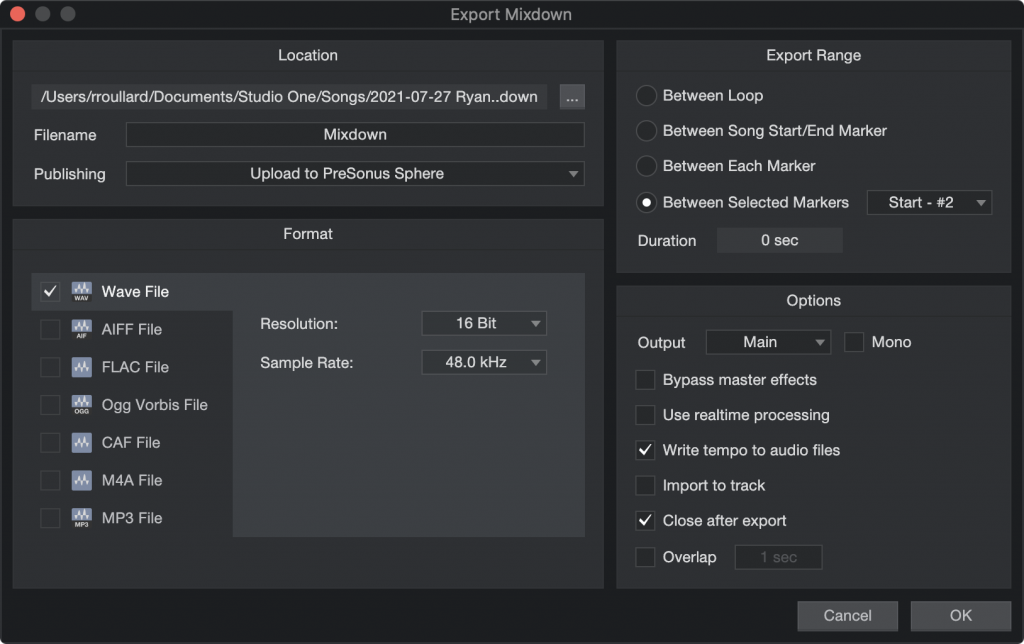 With only a single format selected, switching formats is as easy as clicking on a different format. Checking additional formats adds them to the selection. When a Publisher is selected (such as “Send to Notion,”) Studio One ensures that the default format of that publisher is part of the selection. Settings are now remembered when closing the “Export Mixdown” window. PreSonus Sphere members are able to export multiple formats simultaneously into a single PreSonus Sphere Workspace.

A new Chord display for notes from the editor has been added to the Note Editor inspector underneath the existing Input Chord display. This display has two states, depending on the context:

“Current Chord” shows the chord detected from notes at the current play position, as well as the next upcoming chord.
“Selected Chord” shows the chord detected from the current note event selection. For multiple selected notes, the chord is determined from exactly these notes (can also be an arpeggio). For a single selected note, the detection looks for overlapping notes to determine the chord.
The current chord is displayed inside the tooltip, as well as on mouseover when editing notes. 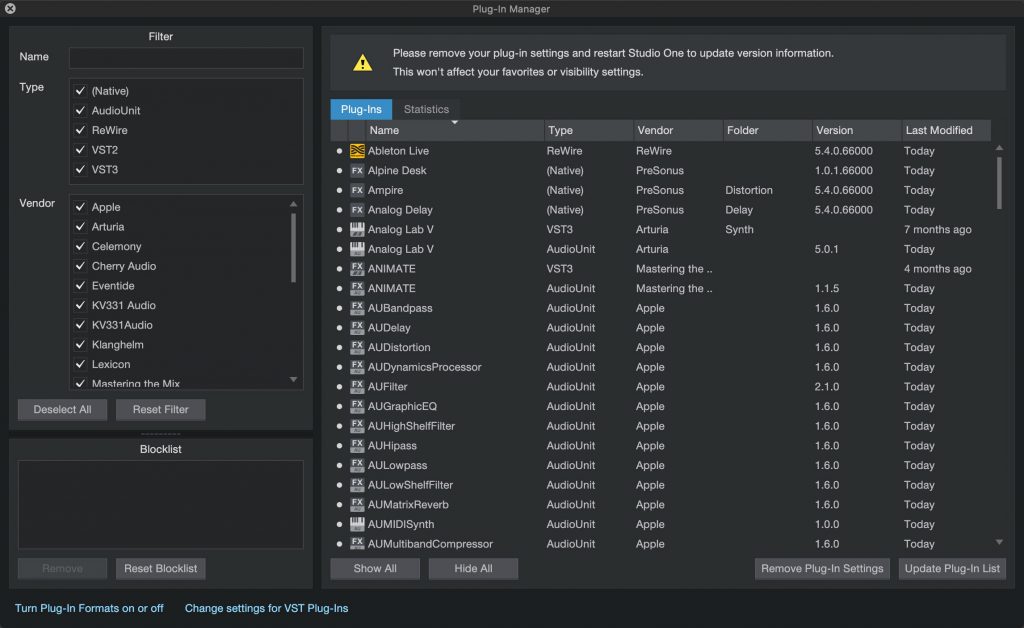 The Plug-in Manager in Studio One 5.4 has a new Version column so you can make sure your plug-in library is always up to date; and a new Statistics tab provides useful information.

Third-party plug-ins that fail during the Studio One launch scan are now moved to a Blocklist inside the Plug-in Manager so they don’t interfere with your session. You have the ability to manually reset the blocklist, remove individual plug-ins, or move problematic plug-ins manually to the Blocklist by simply dragging and dropping them.

Like Plug-in Nap, Studio One Mix Engine FX plug-ins from PreSonus also now use less CPU processing when channels are silent. This improvement is available for all Mix Engine FX version 1.1 or newer and is automatically active on any session using Mix Engine FX.

Detecting chords from audio in Studio One 5.4 now delivers more accurate results and improved timing. Chords detected from note events are now more accurate as well. The full set of chords that are available in the Chord Selector can be recognized from music parts.

This produces more consistent results when dragging chord events from the Chord Track to the arrangement and back.

The option “Ask to copy external files when saving Song…” has been renamed to “Ask to copy external files when saving Document” and now also works for Projects and Shows, as it did before for Songs: When a document is saved, a dialog offers to copy all “external” files (outside the Song/Project/Show) folder that have been added since the last save. This question only appears once for each file.

An essential file management feature—now available for all Studio One document formats!

“Remove all” option for sends

A convenient “Remove all” option for sends is now available in the Console. Click on the drop-down arrow next to Sends to access the new command. This command can also be applied to groups of Channels simultaneously.

Learn more about Studio One