“Everything with Studio One is crystal clear,” says Thompson. “I’m able to hear all those ghost notes, those staccato notes, all that stuff that often gets lost in the mix. It’s an amazing program—it picks up the nuances of the sticks, the depth of the snare, and the classiness of the traditional brush strokes in jazz. It nurtures my sound while I’m recording live. I don’t feel the temptation to over-use EQ anymore—in many cases I don’t use it at all.”

Studio One’s intuitive workflow also scores high marks. “It’s a really easy program to work with, whether you’re approaching it as a producer, an engineer, a musician, or all of the above,” she observes. “Studio One enables me to keep working and be more productive.”

[This just in from Dr. Snipe Young, decorated PreSonus Artist/producer/songwriter/engineer/bad-ass. He just wrapped his most recent track, “Shock Your Body,” in Studio One, linked below for you to hear.  The good doctor was kind enough to share a bit about the anatomy of the track, and what makes it tick.]

Hey PreSonus—Let’s dig in shall we?!?! On this particular record I was going for a funk/retro/groovy groove—if that is a sound.

So here goes… I played the main groove live on my Open labs Miko, which has a FireBox 4×4 installed in it. From there I tracked it through a very old, yet warm vintage 24-channel mixer. I then sampled this recording, chopped a nice feeling groove and placed it on the Studio One timeline.

The groove is the backbone of the record, so I built around that with kicks and snares I created to give it a subtle punch and snatch. I then used the groove quantize to lock my bass from Trilian and the drums—It’s still a remarkable feature to me!

My next addition would be to play some guitar licks which were brought alive by the TriComp and Pro EQ. I also added an instance of Beat Delay and set it to echo on the 8th notes, which gives it a small stadium feeling and allows it to lay inside the mix better. Lastly, I just sprinkled on a few chords from a Komplete 8 Ultimate Vintage Rhodes organ, and Philharmonik strings and the pieces to the puzzle all tie together in the end to make a vintage-sounding montage.

We had fun creating this with Studio One Pro 2.5—a tool that a Pro uses!

Using Maschine in PreSonus Studio One 2.5

Wish we had known at the time that maschinetutorials over at YouTube had made this killer video on that very topic. Check it out!

In case you missed our webinars yesterday, here’s an archive on YouTube. Join Jonathan Hillman, Justin Spence, and steadyb and check out all the new stuff in Studio One 2.5!

Continuing our series of  PreSonus LIVE webinars, we’ve got something really special planned for tomorrow, Dec. 11. Join our usual suspects as we dive deep into the new features of Studio One 2.5.

This show will be available at several times throughout the day, tune it at the time that works best for you:
http://www.presonus.com/videos/presonuslive

Comments Off on Learn What’s New in Studio One 2.5—LIVE!

[This just in from MI7, our distributors in Japan!]

We exhibited at Inter BEE 2012. Recognized as a professional show for audio, video and communications, Inter BEE has established itself as an international exhibition showcasing top-level domestic and overseas broadcast, video, audio and lighting equipment as well as peripheral applications and solutions all under one roof.

We displayed two sections for music production solutions: medium-format live solution and small-format live solution. StudioLive and Studio One was most popular! The visitors enjoyed the sound and hands-on experience. We obtained approximately 700 leads! I attached some photo for your reference. Thank you for your support. 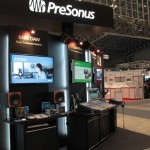 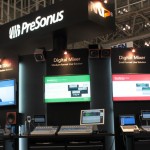 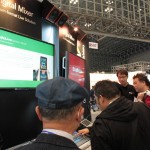 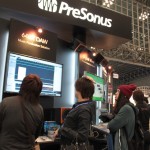 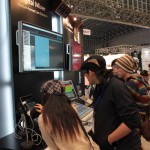 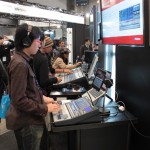 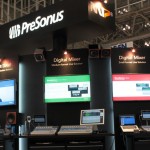 The boys at Winksound do great, great work, and we’re fortunate to have partnered with them. Here’s some of their latest, including Studio One feature breakdowns as well as some tremendous interview footage from PreSonuSphere 2012. Thanks, guys!

PreSonus Studio One 2: How To Use Event Effects:

PreSonus Studio One 2: How To Customize And Export Key Commands

Introducing the Softube Saturation Knob—Free in Studio One 2.5

We’re proud to announce the Softube Saturation Knob extension, a new, free plug-in to all PreSonus Studio One Professional and Producer users! Why take the time and expense to hit your tracks to some old unreliable magnetic tape machine when you can just turn a li’l virtual knob for the same effect?”

OBEDIA’s new video on Quantization in Studio One

Simon Scardanelli of Dr. Scardo has been a DAW enthusiast since the clunky days of the Commodore 64. He recently changed horses mid-stream, dumping his Logic session and bringing all the tracks into Studio One Professional 2, which he has taken on as his main DAW. Here he discusses the resultant improvements to his workflow and productivity.

Flattering that a man of such long-running DAW experience would settle on PreSonus Studio One Professional 2. Give him a listen!