The Fat Channel is a versatile channel strip plug-in that, because of all the other cool Studio One individual processors, is easy to overlook. But it has several outstanding features, including the ability to choose from a variety of compressors—sort of like plug-ins within a plug-in (fig. 1). Three are stock; the rest are optional at extra cost from the PreSonus shop.

Figure 1: A fully loaded Fat Channel can choose from 11 compressors.

However, none of these compressors has a lookahead feature. Lookahead delays the audio we hear, but the compressor monitors the audio in real time. Thus, the compressor knows in advance when it needs to apply compression. Without lookahead, if you’re using heavy compression (like for guitar sustain), you’ll hear a nasty pop because the compression can’t kick in until the audio exceeds the threshold—and by that time, it’s too late. Some of the audio has already passed through uncompressed, which causes the pop. The first audio example exhibits this pop. Also note that the first and second audio examples are both normalized—but this one sounds really soft, because the pops are so loud you can’t raise the level any higher without bumping against the headroom.

The solution is simple. What’s more, it applies to not only the Fat Channel, but any dynamics processor, from any manufacturer, that doesn’t have lookahead.

Create a bus, and insert the Analog Delay. Edit the parameters for 2 ms of delay, delayed sound only, and no modulation (fig. 2). Insert the Fat Channel after the Analog Delay, and choose your favorite compressor. 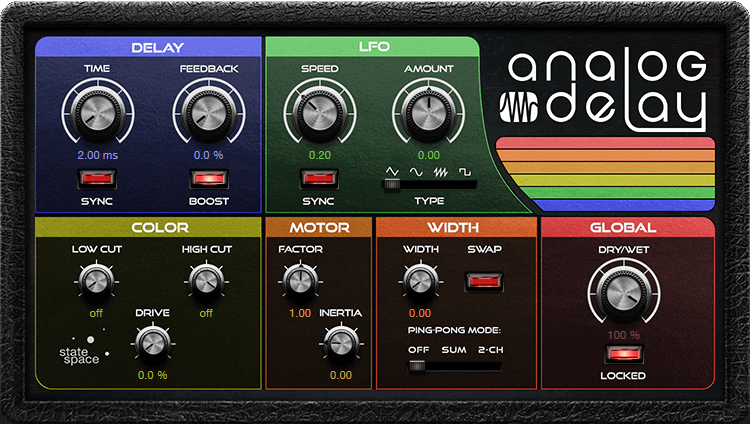 At the audio track you want to process, create two pre-fader sends. One goes to the bus, and the other to the Fat Channel’s sidechain. Turn down the track’s fader so you hear only the audio coming from the bus. This accomplishes our goal: The audio applies compression to the Fat Channel 2 ms before the audio enters the compressor. So, the compressor is primed and ready to go when a transient hits (fig. 3). 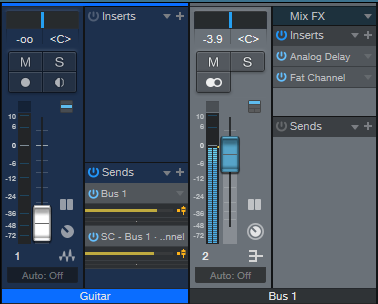 Now compare the next audio example to the first one—the nasty pop is gone. Yeah! Also notice how it’s much louder, because the headroom doesn’t have to accommodate a pop.

Then, move the track forward on the timeline by 2 ms to align it with the other tracks. You can do this via the Delay setting in the Event Inspector (F4).