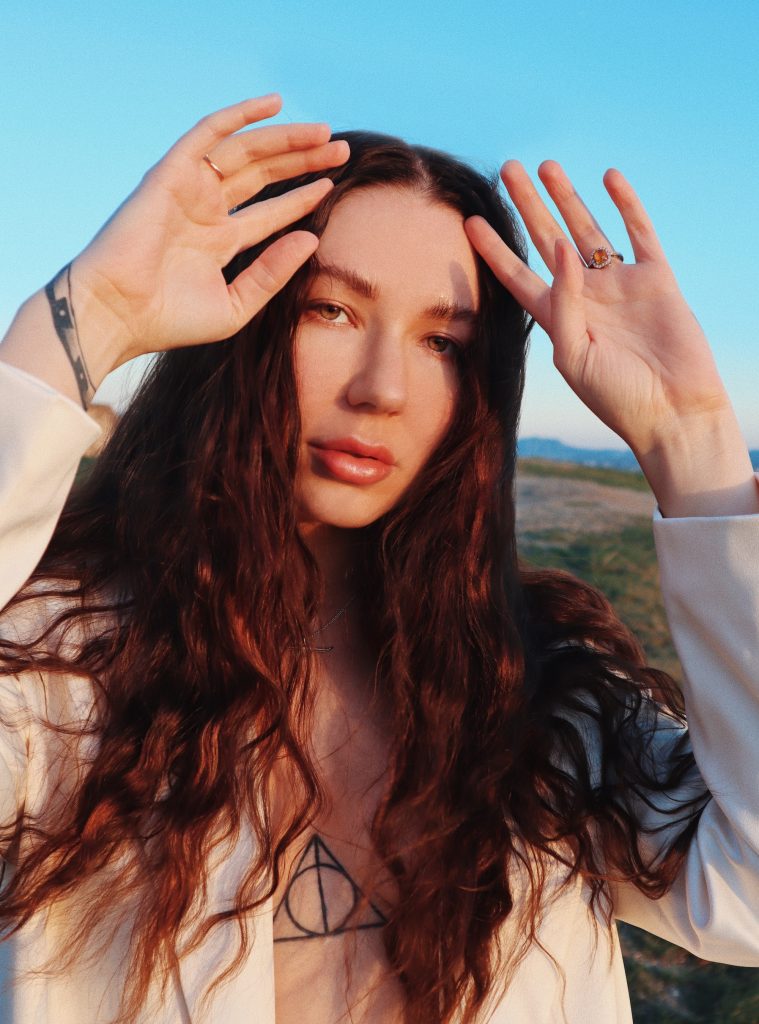 Alina Smith is a songwriter, a producer, and one half of LYRE, who has written and produced records for traditional acts such as Fall Out Boy, ITZY, Red Velvet, Betty Who, Kirstin Maldonado (Pentatonix), as well as for today’s top digital creators like Kenzie Ziegler, Lexi Jayde, Niki and Gabi.

She has accumulated hundreds of millions of streams on songs she’s been a part of and earned several #1 singles. Alina’s work has been profiled in Forbes Magazine, Billboard Magazine, American Songwriter, 1883 Magazine, and more. She’s also well-known in the sound design space with LYRE’s Splice sample pack called “Perfect Pop.”

Here’s what you need to know, straight from Alina:

So I started recording myself singing pretty early on, I wanna say… 2005. I had a dynamic mic I plugged directly into the audio input of my prehistoric laptop and I had absolutely zero training in anything related to production. Then, a few years later I upgraded to an M-Box and a $100 MXL mic which is, funny enough, the setup that I got my first songwriting cut on. From then on, I kept progressing and learning, which I still do to this day, although I do have a pretty large bag of tricks at this point that I can dip into when I record different singers in different genres.

A few years ago I switched from Pro Tools to Ableton Live for instrumental production, but I was struggling with the vocal production side of things in there because at the time Ableton didn’t have playlisting, so recording and comping vocals was super time-consuming and clunky.

I decided to test-run Studio One and fell in love with it immediately! With the ease of setting my own key commands, I was able to choose the commands I was used to and not have to learn a whole new set. Sprinkle in the Melodyne and VocAlign via ARA integration, and I knew that I finally found my soulmate vocal production DAW! 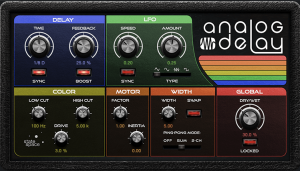 With a PreSonus Sphere membership, I’ve discovered a lot of new plug-in effects I really love, like the Analog Effects Collection. The Analog Delay is chef’s kiss!

I’ve really come to enjoy the PreSonus PX-1 mic, which I use for on-location recording quite a bit. With the right “in-the-box” vocal chain, I can make it sound bright and crispy and much pricier than it actually is!

It’s been a really hectic year for me! At the top of 2021, I set the intention of not holding back in any area of my life or career and for the rest of the year it translated into me pursuing several things all at once. I ended up organizing and hosting an online music convention, called the Modern Music Expo, which you can watch a replay of here:

I also released an EP called 2000’s Teen, which is my first body of work as an artist! And, seeing as my main job is writing and producing music for other artists with mg production team LYRE, I also did a ton of that, my favorite being “Mafia in the Morning” by ITZY, which came out this spring.

I’m already working on my next release: filming a music video and planning the drop. Writing and producing for various projects and making production tutorials for YouTube and TikTok. But mostly, I’m just trying to relax and enjoy fall, which is my favorite time of the year. It’s so important for artists to replenish their batteries, so that’s what I’m doing!

Let’s welcome Alina into the family as a Featured Artist on PreSonus Sphere!

She is sharing ten of her custom Vocal FX Presets for all PreSonus Sphere members to access and enjoy: 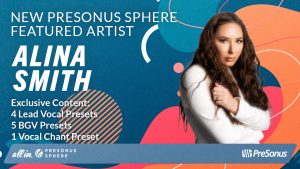