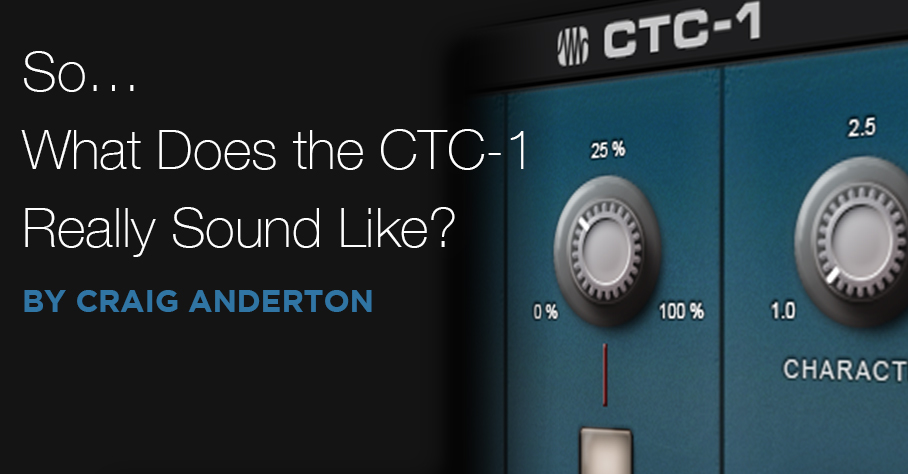 Good question, because the effect is subtle. If you play with the various controls while listening to a mix, you can tell that something is different, but you may not know exactly what. So, let’s find out what the CTC-1 actually contributes to the sound.

Bear in mind that Mix FX work across multiple buses, and the overall effect depends on the audio being sent through them, as well as the control settings. So while this tip can’t tell you what the CTC-1 will sound like under various conditions, you’ll get a sense of the character associated with each of the CTC-1’s mixer emulations. Note that the audio examples are not mixed songs, but only the effect added by the CTC-1 to mixes, and amplified so you can hear the effect clearly.

Also, it doesn’t look like PreSonus is letting up on Mix FX development any time soon (PortaCassettes and Alps, anyone?), so this tip should be handy in the future as well. 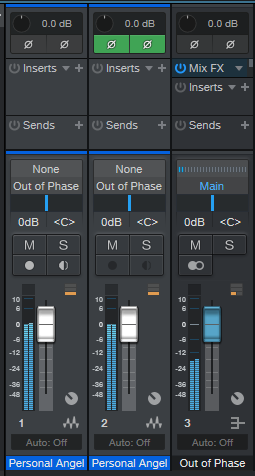 Now you can check out various CTC-1 mixers. Fig. 2 shows the default setting used for the tests. In the audio examples, the only changes are setting the Character control to 1.0, or to 10. 1.0 is the most faithful representation of the console being emulated, while 10 adds the equivalent of a sonic exclamation mark.

Note that there’s a continuum of Character control settings between 1.0 and 10.  Settings other than those in the audio examples can make a major difference in the overall sound, and you can really hear them with this kind of nulling test.

Here’s what the Classic mixer sounds like. Its main effect is in the midrange, which a Character setting of 10 really emphasizes. Among other things, this gives a forward sound for vocals.

The Tube sound kicks up the low end, but turning up the Character control emphasizes a slightly higher midrange frequency than the Classic sound, while retaining the bass.

The Custom mixer is about adding brightness mojo and bass. Bob Marley would probably have loved this. Turning up Character emphasizes lower midrange frequencies than the other two.

Snake Oil, or the Real Deal?

These audio examples should make it easier to get the sound you want. For example, if you like the way the Custom hits the bass and treble, but it’s a bit much, then simply turn up the Character control for a little more midrange. If your mix is already pretty much where you want it, but it needs to pop a bit more, the Classic is the droid you’re looking for. The Tube really does remind me of all those years I spent on tube consoles, especially if I turn up Character a little bit.

Sure, you just turn select mixer emulations, and play with controls, until something sounds “right.” But I must say that running these tests have made it much easier to zero in, quickly, on the sound I want.