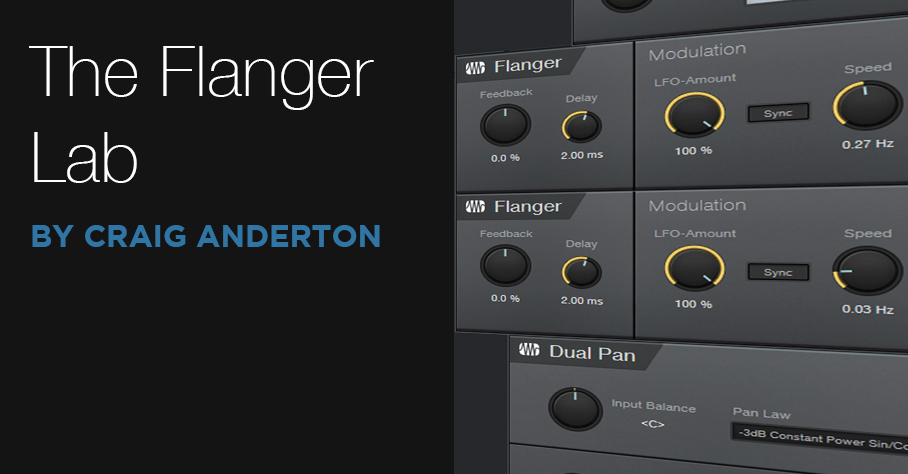 The Flanger Lab FX Chain provides a wide variety of effects, from traditional flanging to psycho-acoustic panning, and can even incorporate some mid-side mojo—it all depends on how you set the controls. Originally, I had planned to include a control panel for Studio One Pro users, but there are simply too many options to fit into eight controls. It’s more fun just to open up all the effects, play with the knobs, and be pleasantly surprised.

The FX Chain itself is fairly straightforward (fig. 1): A split into two Flangers, one preceded by a Mixtool to invert the phase, and a Dual Pan at the end. 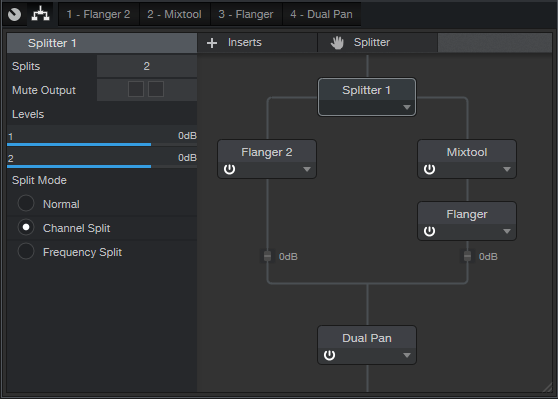 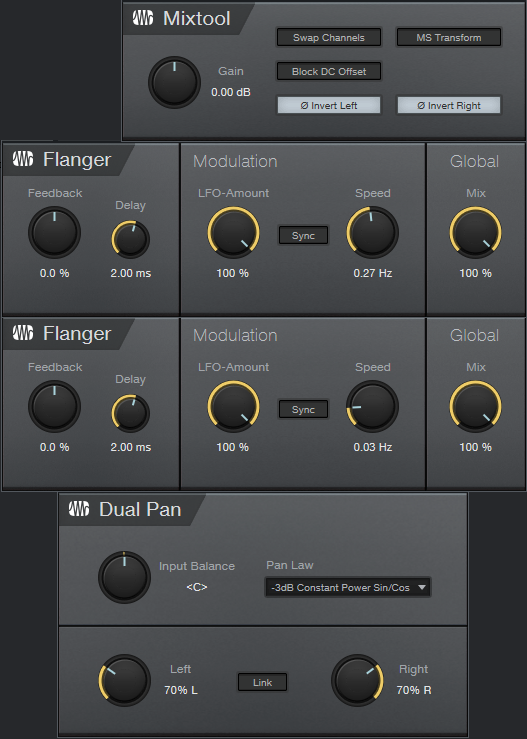 The audio example, with stereo program material, uses the settings shown in figures 1 and 2. However, this is just one possible sound. Flanger Lab is equally effective with mono distorted guitar, stereo string pads, and more.

Here are some tips on how different control settings affect the sound.

The bottom line is you can play with the controls for hours. Well, at least I could! If you come up with a cool sound, save it as a custom FX Chain. Given the variables, you might not be able to find that sound again.

Finally, there seems to be persistent confusion about how to handle downloaded FX Chains, like where to store them, and how to put them in custom folders. For answers to these and other questions about FX Chains, please check out the Friday Tip Fun Facts about FX Chains.