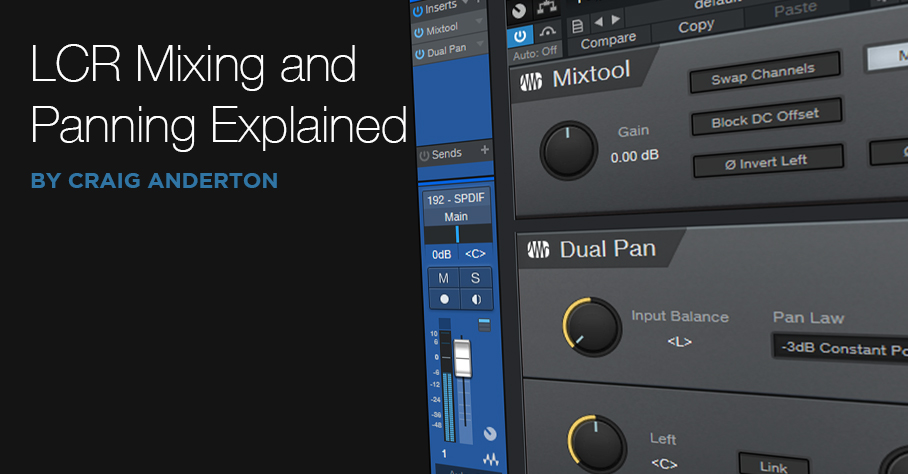 Lately, it seems there’s an increasing buzz about “LCR” mixing. LCR stands for Left, Center, and Right, and it’s a panning technique where all panpots are set to either left, center, or right—nothing in between. Look it up on the internet, and you’ll find polarized opinions that vary from it’s the Holy Grail of mixing, to it’s ridiculous and vaguely idiotic. Well, I’m not polarized, so I’ll give you the bottom line: it can work well in some situations, but not so well in others.

Proponents of this style of mixing claim several advantages:

There are plenty of engineers who prefer LCR mixes for the reasons given above. However, LCR is not a panacea, nor is it necessarily desirable. It also may not fit an artist’s goal. For those who think of music in more symphonic terms—as multiple elements creating a greater whole, to be listened to under optimal conditions—the idea of doing something like panning the woodwinds and brass far left and the violins full right, with orchestral percussion and double bass in the middle, makes no sense. Conversely, if you’re doing a pop mix where you want every element to be distinct, an LCR approach can work well, if done properly.

Then again, some engineers consider a mix to be essentially a variation on mono, because the most important elements are panned to center. They don’t want distractions on the left and right; those elements exist to provide a “frame” around the center.

Another consideration is according to all the stats I’ve seen, these days more people listen on headphones than component system speakers. LCR mixing can sound great at first on headphones due to the novelty, but eventually becomes unnatural and fatiguing. Then again, as depressing a thought as this may be, a disturbingly large part of the population listens to music on computer speakers. Any panning nuances are lost under those conditions, whereas LCR mixing can sound direct and unambiguous.

Help Is on the Way!

So what’s a mix engineer to do? Well, a good way to get familiar with LCR is to load up some of your favorite songs into Studio One, and listen to the mid and sides separately. Hearing instruments in the sides tends to imply an LCR mix; Madonna’s “Ray of Light” comes to mind. For a “pure” LCR mix, listen to the original version of Cat Stevens’ “Matthew and Son” on YouTube. It was recorded in 1966 (trivia fans: John Paul Jones, later of Led Zeppelin, played bass). Back then, the limited number of tracks, and mixing console limitations, almost forced engineers into doing LCR. In case you wondered why some songs of that era had the drums in one channel and the bass in the opposite channel…now you know why.

Anyway, it’s easy to do mid-side analysis in Studio One (Fig. 1). 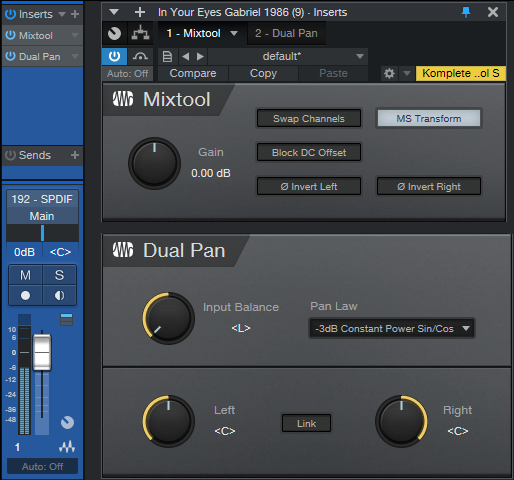 Figure 1: Setup for analyzing mid and side components of music.

The Mixtool, with MS Transform selected, encodes a stereo signal into mid (left channel) and sides (right channel). However, it’s difficult to do any meaningful analysis with the mid in one ear and the sides in the other. So, the Dual Pan’s Input Balance control chooses either the mid <L> or sides <R>. The panpots place the chosen audio in the center of the stereo field.

Once you start finding out whether your favorite songs are LCR or mixed more conventionally, it will help you decide what might work best for you. If you decide to experiment with LCR mixing, bear in mind that it kind of lives by its own rules, and it takes some experience to wrap your head around how to get the most out of it.

And the Verdict Is…

Well, you can believe whatever you like from what you see on the internet, and more importantly, choose what sounds best to you…but this is my blog post, so here’s what I think ?. Any and all comments are welcome!

As mentioned in a previous blog post, I always start mixes in mono. I feel this is the best way to find out if sounds mask either other, whether some tracks are redundant because they don’t contribute that much to the arrangement, and which tracks need EQ so they can carve out their own part of the frequency spectrum. That way, whether instruments are on top of each other or spread out, they’ll work well together.

But from there on, I split my approach. I still favor the center and use the sides as a frame, but also selectively choose particular elements (usually rhythm guitar, keyboards, and percussion) to pan off to the left or right so there’s a strong presence in the sides. For me, this gives the best of both worlds: a wide mix with good separation of various elements, but done in service of creating a full mix, without holes in the stereo field. Those who listen on headphones won’t be subjected to an over-exaggerated stereo effect, while those who listen over speakers will have a less critical “sweet spot” than if there was nuanced panning.

I came up with this approach simply because it fits the kind of music I make, and the way I expect most people will listen to it. Only later did I find out I had combined LCR mixing with a more traditional approach, and that underscores the bottom line: all music is different, and there are few—if any—“one-size-fits-all” rules.

Well, with the possible exception of “oil the kick drum pedal before you press record.”