Punch Up Analog Drums with CTC-1

Remember those old drum machines, like E-Mu’s Drumulator and Roland’s TR-808? In an amazing twist of fate, those relics from the 80s are back in fashion—but I find it difficult to wrest a lively, modern sound out of them. Usually, the solution involves choosing separate outputs from Impact XT, EQ, a careful choice of room ambiance, short delays, limiting, and maybe some saturation.

However, the CTC-1 can get you most of the way there with a single effect, which has helped my workflow when it’s time to have vintage drum sounds fit in a modern context. (Note that you need the CTC-1 for this; the bundled, free Console Emulator doesn’t have the console emulation or controls that seem to work best with dinosaur drums.)

Mono Tracks with a Stereo Mix

We need a more sophisticated mix setup than just sending the drums to Impact’s mixed stereo output. After all, a Console Emulator doesn’t do much good if you’re not mixing the drum sounds the way you would in a console. So, each drum goes to its own mono mixer channel, like the way drums were mixed in the days of Tapeosaurus Rex. You then add effects to individual drums and pan them as appropriate. This mixing paradigm is also what allows the CTC-1 to apply its crosstalk mojo.

Fig. 1 shows the setup used for the audio example. It’s basically just drums and the CTC-1, aside from a little Open Air reverb and a touch of EQ on the snare. 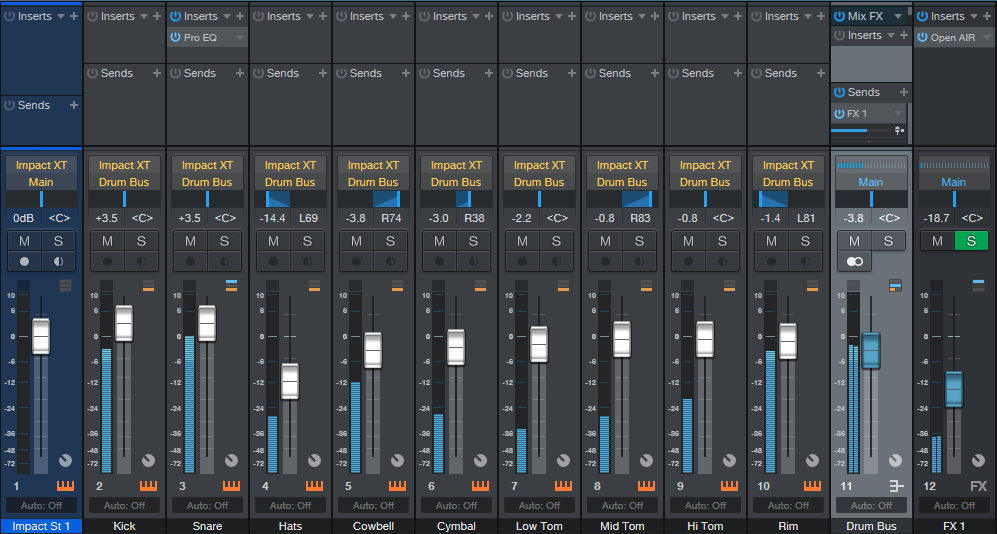 Figure 1: The individual drums go to their own mono channels in Studio One, and then sum into a drum bus that includes the CTC-1.

However, I recommend not putting insert effects on the drums until after you’ve set up the CTC-1. It has its own way of changing the sound, and you might want to accentuate, or de-emphasize, those changes.

I much prefer the Tube console emulation for this application. Turning up Drive adds just the right amount of grit for my taste, but the Crosstalk control is the star of the show. Instead of having each drum be a pinpoint in the stereo field, the various mono tracks “glue” together in a way that sounds more like miked physical drums. Generally, I don’t feel the need to add lots of Character. But in this case, the CTC-1 is being pushed somewhat beyond doing only console emulation. Character brings up the highs a bit and adds “snap” to those normally dull, 8- or 12-bit sounds recorded at compromised sample rates (remember, back in those days, memory was expensive).

But of course, the proof is in the listening! In the following example, the first four measures bypass the CTC-1, while the second four measures enable the console emulation effect. In addition to the crisper sound, note how the crosstalk makes the toms, cowbell, and rim feel more integrated with the overall mix instead of sounding isolated…enough said.