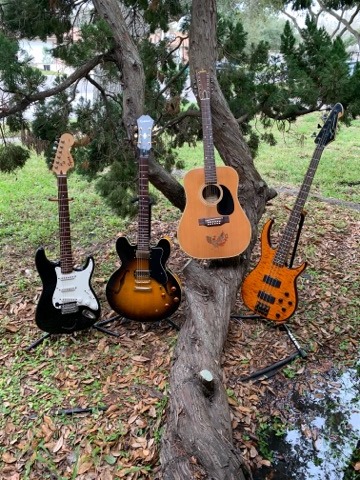 One of our dear friends, Skip Jones, passed away recently. He was 66. Skip was not only one of our biggest supporters, but he was also one of our longest-running forum mods. Skip helped countless people with their PreSonus stuff starting way back in the early days of the PreSonus forum, and most recently via the StudioLive and Studio One groups on Facebook. Skip was the guy that originally came up with the idea for PreSonuSphere and pitched it to Rick… who then pitched it to PreSonus. Skip even named it.

Skip is survived by his daughter, Lindsey Jones, and his siblings: Tammy Jones, Sandy Jones, and Larry Jones. His ashes will be spread in the Gulf, the same place his wife was laid to rest in 2015.

We’ve been able to collect a few nice words about Skip that you’ll find below. And if you’d like to share your own, feel welcome and encouraged to do so in the comments.

Godspeed, Skip. We’re better for having had you around.

“I met Skip Jones about 12 years ago. He was an early supporter of Studio One and PreSonus hardware and instantly started spreading his enthusiasm across the PreSonus community. He was not only one of PreSonus’ biggest supporters, but he was also one of the longest-standing forum moderators, and has helped literally thousands of our customers. Skip was constantly coming up with ideas on how to serve our customers better. It’s a humongous loss for our user community. Our prayers are with his family and friends at this time.”

“Skip was the first person who reached out to me when I joined the PreSonus forum many years ago.  His kindness and knowledge were infectious.  He is one of the main reasons I am even here. Over the years we became very good friends through conversations about everything from Apple operating systems to the best way to house train a terrier.  I was there to talk when his wife passed and he was there when I was trying to be a single parent.  He was a great friend. I remember discussing what turned out to become PreSonusphere with him.  Can you believe it all started as a simple hangout at one guy’s farm in Southern California? The world lost a good man, and a good friend.”

Skip Jones was committed to helping others. When I needed assistance a few years ago with my StudioLive 32, he was quick in providing the answers I needed. He focused on providing users in the PreSonus Forum with the resources they needed for many years. Thank you for your years of service. We will miss you!
-Trucky Krueger
It is with great sadness that I write this but I am so glad I knew Skip. He was the first PreSonus Moderator that helped me and he was the first to teach me to become a good Moderator. He was always so kind and patient. We were also beta testers together for different software programs. Skip loved his dog he named “Dog.” Skip was a vital part of our group and many times did the work no one else volunteered to do.
I will remember his kind spirit always.
-Jim Saad
Forum Moderator and Friend 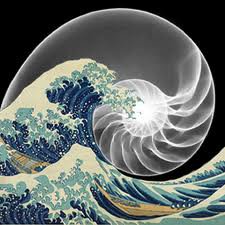 To my good friend Skip Jones:

I met Skip Jones on the PreSonus Forums back in 2009 and we were friends instantly. Sharing what we knew of Studio One and supporting hundreds of people on the PreSonus Forums. When I lost my voice in 2011, I was ready to chuck everything and stop doing music, but Skip wouldn’t let me. He was one of the major driving forces who pushed me to create Home Studio Trainer. He supported me like no other. He was also the conscience for the MOD group and hated when we talked about beta stuff… lol. We will have nothing to fill this hole but our memories. Live long and prosper where ever you are, Skip. You deserve peace.

Skip and I first made contact in the Studio One Facebook group. He was always friendly, engaging, helpful and full of fun. He and I persuaded Johnny Geib to start his own Facebook group for His site Home Studio Trainer, and we helped him moderate the group. One group quickly became two, and later three groups. In late 2014, as I, under encouragement from Skip and Johnny, began to make Studio One tutorial videos, I found Skip to be a wonderfully loyal supporter, and a fierce advocate for my content. He would spread the word about my videos, and then about my livestreams as I started them.

When I joined the PreSonus Forum Mod Squad, Skip again helped build a “Community University” in the Forum, where he would post my videos and links to my livestreams, as well as johnny Geib’s content and others as well. I learned a lot from Skip. He was a very fine mentor, teacher and encourager. And he was a great friend.

PreSonus, and its user community, has been very greatly enriched by Skip Jones, and the scale of the loss we now feel in his death is very great indeed. He will be very greatly missed. We all have a Skip shaped hole in our hearts. May the impact of his legacy among us forever grow deeper and wider.

I have known Skip for ten years, having spent most of that time as forum moderators, and shared many a conversation about our shared love of music. But it was our first interaction that most completely represents Skip to me, and what I will carry forward. It was a forum conversation that had taken a turn for worse, and I found myself with the torches and pitchforks crowd. At the time I was new to Presonus products trying to learn, and Skip was a forum moderator helping to teach and herd the cats. Well, decorum had been lost, and we were setting fire to the village. Skip messaged me, saying “Come on, you’re better than that.” Yes we are, having been lucky enough to have known you, Skip.
Rest in Peace my friend. Dog is glad to have you back. We’ll keep an eye on the monkey for you.
Matt Gorman