Nostalgic for vinyl? Miss the glorious sound of dragging a rock through yards of plastic, the wild frequency response gyrations of analog RIAA curve filters, the surface noise from recycled vinyl, scratches and pops from dust particles, inner groove distortion, sound quality deterioration over time, and warpage from records not being stored properly?

Well, I don’t miss it at all. But, recently I needed to sample a loop from a song that had been recorded with (of course) pristine quality in Studio One, and apply a trashification process to make it sound like the loop was taken from an old, abused, and never cleaned vinyl record. The object was not to come up with an FX Chain like the existing plug-ins that aim to emulate vinyl’s better qualities, but instead, something that could emulate some of vinyl’s worst qualities.

Now, you might think it would be easy-peasy to take something good and make it sound bad, but it’s not—because vinyl is/was a very specialized form of bad, and reproducing that inside of Studio One is a challenge. But we tackle the tough gigs here in the Friday Tip! Here’s what I learned.

Figure 1: The Tone Generator’s white noise output is pretty much all we need for hiss, whether tape hiss or preamp hiss.

The really old vinyl stuff was pre-noise reduction, so we need some hiss. That’s easy: use Studio One’s Tone Generator (Fig. 1), set it for white noise, and keep the level down in the final routing.

Figure 2: Each of these distortion processors gives a different kind of dirt flavor…try them both.

Simulating inner groove distortion isn’t necessarily easy, but we have a couple options (Fig. 2). The Softube Saturation Knob, set for Keep Low and a fair amount of distortion, will do the job when you’re in a hurry. If you have time to tweak, RedlightDist has much to offer. I like one stage of OpAmp distortion as shown, but you can also increase the distortion, or try different flavors. Some timbres even come close to tape-based distortion.

Figure 3: Setting the Analog Delay for vibrato, with no dry signal, emulates the pitch variations caused by a warped record.

With 1.75 ms of initial delay (a/k/a Time), pushing the Mod amount up to 50% seems like enough warpage for most rational people. However, if you left your record out in the sun, in a car, with the windows closed, while you were at the beach, you can warp the virtual vinyl even further by increasing the initial delay time.

The Analog Delay has a couple of extras that help our cause. Turning up Low Cut and turning down High Cut can give a more lo-fi effect, like the sound is playing back from a portable record player or the like. Turn up saturation as well, because for nasty vinyl sounds, you can never have enough distortion.

I tried, I really did, to do this exclusively within Studio One. The closest I came was following white noise from the Tone Generator with the Gate, setting its Attack/Release/Hold controls to minimum, and editing the Threshold to let through only the very highest, occasional noise peaks. Adding a little high-end shelving EQ helped, as did using X-Trem in pan mode to move the clicks and pops across the stereo field, but ultimately it sounded more like cooking mini digital popcorn than funky scratches.

Admitting defeat, I went to 99Sounds.org (a fine source for unusual, 100% royalty-free samples), and found a section with vinyl noise SFX recorded by Chia. There are 37 samples, a few of which are over-the-top scratchy, but samples #12 and #29 were good for what I needed. 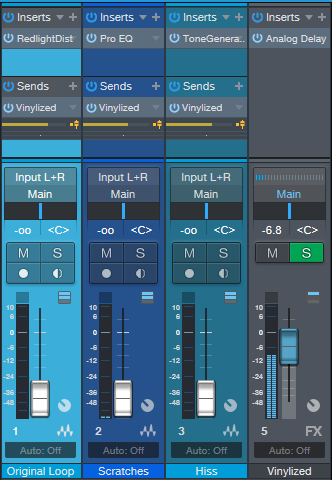 Figure 4: Routing for the Vinyliser effect.

For setup, the three different elements feed into a single FX Channel (Fig. 4), all through pre-fader sends. The original loop has the RedlightDist inserted to create the distortion; the vinyl surface noise samples have their own track (with a Pro EQ to boost the highs a bit); and the hiss has its own track as well. The Analog Delay in the FX Channel warps everything.

So does it sound any good? Of course not! But that’s the whole point…check out the audio examples, with before-and-after for a drum loop, and another for program material (with a more drastic effect than the drums).

Posted in Friday Tip of the Week, Studio One | Comments Off on The Vinyliser FX Chain