Maybe it’s not a well-known feature, but Studio One allows inserting effects or FX Chains before a track, not just in a track. Open up the Input section, and you’ll see a place to insert effects. The only significant limitation compared to inserting an effect in a track is that Input section effects can’t expose their sidechain inputs.

This feature has multiple uses, but first, let’s touch on how it allows for “commitment” recording. Consider recording electric guitar. In the days before tape recorders had enough tracks to do re-amping, you had to commit to recording the final sound on a track. If you decided you should have used a different amp, you had to re-record the part because the track already had that amp sound, and it was unchangeable.

Amp sims (and re-amping) changed all that. You could record a dry guitar track and change the sound at any time, even up to the final mix. While that certainly offers possibilities, it can also cause “analysis paralysis” because some folks can’t just leave a track alone—so they tweak constantly in the hopes of finding something “better.” I’ve spoken with quite a few musicians who are nostalgic for the days when you had to commit to a part because not being tempted by endless tweaking accelerated the songwriting or recording process. Ultimately, some of them felt that the benefits of spontaneity outweighed the benefits of flexibility.

It’s easy to do commitment recording with your amp sim: put the amp sim in Studio One’s input section, not the track. You can also use the Input section’s Input Controls to adjust the gain and phase going in. Record-enable the track, and you’ll record the processed guitar sound into the track (Fig. 1).

Figure 1: Click on Inputs (outlined in red) to see the input sections prior to the tracks. In this example, a Helix Native amp sim has been inserted into the L+R input. Track 1 is set to record from Input L+R (outlined in yellow), so it will record the processed sound.

This has other uses, like inserting the Virtual Pop Filter into the input section when recording vocal tracks. Of course, you can always insert the virtual pop filter in the track itself after recording, and render the changes. But it can save time and effort to nuke those stoopid pops before they’re recorded.

Some amp sims use a lot of CPU, which can be problematic with projects that include tons of tracks. Of course, with Studio One you can always bounce or transform a track, which saves CPU—and you even have the option to revert and re-edit. However, an alternative technique, track-to-track (TTT) recording, allows one track to record the output of another track. For example, in Fig. 2 the guitar is going through AMR/Peavey’s ReValver amp sim in track 1, while track 2 is recording the processed output from track 1. 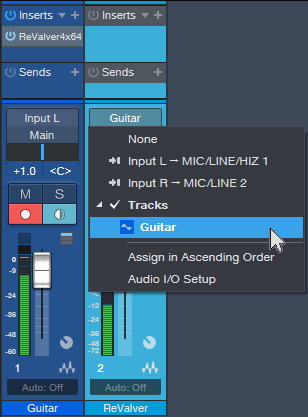 Figure 2: The dry and processed guitar sounds are being recorded simultaneously with this setup.

If you want to experiment with different amp sounds in track 1, you know that you always have the recorded sound in track 2 as a fallback. Or, try a different amp sim, pan tracks 1 and 2 somewhat off-center with respect to each other, and now you’ll have a “stack” with a bigger stereo image.

Here’s perhaps an even more important application for the TTT approach. Some synths have randomizing functions; you can also wire up a modular synth-like Voltage to do all kinds of randomized and sequenced effects. And of course, it’s possible to apply randomized modulation effects to almost any synth. By recording the instrument track’s output, you can capture the randomization of that moment in a track. If you don’t like the randomized effects, then just try again by re-recording the track.

Sound design is all about creating novel, unusual sounds, and you often want real-time control over these sounds while you create them, especially if you’re using external hardware. This is another use for TTT recording. For example, I create a lot of FX sounds and sweeps for transitions and emphasis. Many of them involve the Tone Generator effect generating white or pink noise, followed by plug-in processing, and sometimes hardware effects inserted via Pipeline.

But wait—there’s more! The Tone Generator isn’t the only effect capable of making sounds you can record into a track. Several effects, when properly abused, can generate sounds. The internal noise and artifacts generated by these effects are often very low-level, but you can always add a maxed-out Compressor and a few Mixtools after the effect to boost their outputs. And of course, once you’ve recorded the effect on a track, you can normalize it to bring up the level.