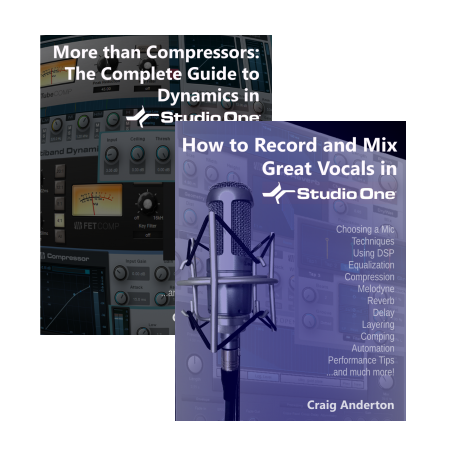 How to Record and Mix Great Vocals, released in January, has helped thousands of Studio One owners record world-class vocals. In June, More than Compressors – the Complete Guide to Dynamics in Studio One appeared, and de-mystified the sometimes complex applications of Studio One’s sophisticated dynamics control processors. The book impressed Studio One developer Arnd Kaiser so much he said “This is could easily become the de-facto reference for Studio One users on all things ‘dynamics.’ Very cool—and highly recommended.” We couldn’t agree more! Both eBooks are currently in the PreSonus shop for the low price of $9.99 each, and will expand your knowledge of Studio One exponentially.

Posted in Studio One | Comments Off on Craig Anderton Books