Mid-side (M-S) processing encodes a standard stereo track into a different type of stereo track with two separate components: the left channel contains the center of the stereo spread, or mid component, while the right channel contains the sides of the stereo spread—the difference between the original stereo file’s right and left channels (i.e., what the two channels don’t have in common). You can then process these components separately, and after processing, decode the separated components back into conventional stereo.

Is that cool, or what? It lets you get “inside the file,” sometimes to where you can almost remix a mixed stereo file. Need more kick and bass? Add some low end to the center, and it will leave the rest of the audio alone. Or bring up the level of only the sides to make the stereo image wider. 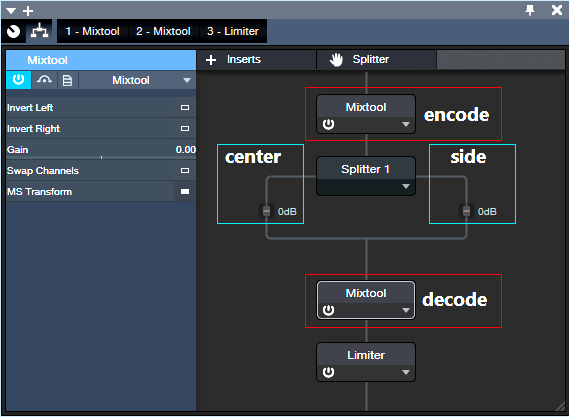 Figure 1: The MS-Transform FX Chain included with Studio One.

The upper Mixtool encodes the signal so that the left channel contains a stereo file’s center component, while the right channel contains the stereo file’s side components. This stereo signal goes to the Splitter, which separates the channels into the side and center paths. These then feed into the lower Mixtool, which decodes the M-S signal back into stereo. (The Limiter isn’t an essential part of this process, but is added for convenience.)

Fig. 2 shows a somewhat more developed FX Chain, where a Pro EQ boosts the highs on the sides. Boosting the highs adds a sense of air, which enhances the stereo image because highs are more directional. 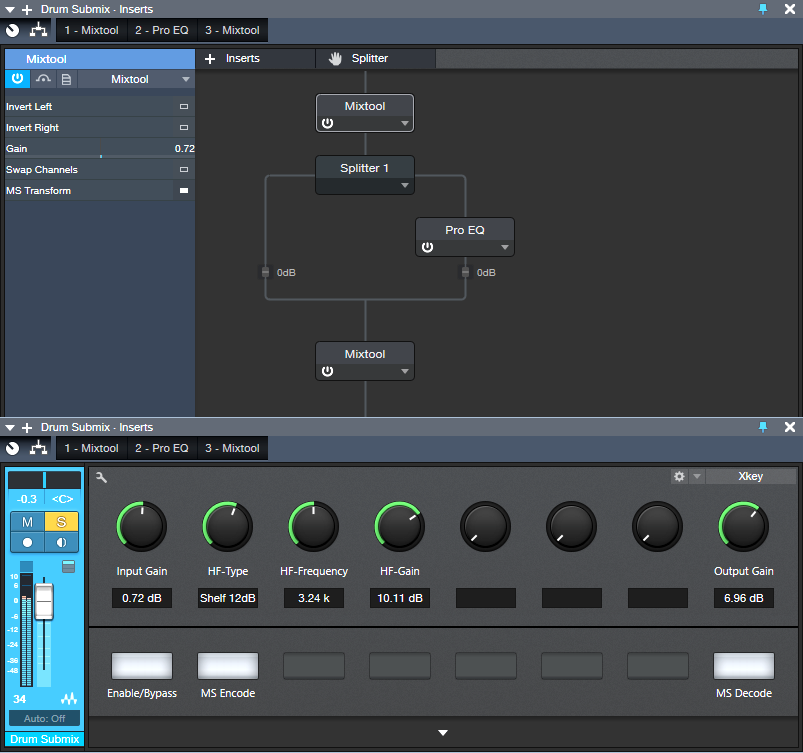 In addition to decoding the signal back to stereo, the second Mixtool has its Output Gain control accessible to compensate for any level differences when the FX Chain is bypass/enabled. Also, you can disable the MS Decoder (last button, lower right) to prevent converting the signal back into stereo, which makes it easy to hear what’s happening in the center and sides.

And of course…you can take this concept much further. Add a second EQ in the center channel, or a compressor if you want to squash the kick/snare/vocals a bit while leaving the sides alone. Try adding reverb to the sides but not the center, to avoid muddying what’s happening in the center. Or, add some short delays to the sides to give more of a room sound….the mind boggles at the possibilities, eh?