This tip is for those of you who didn’t see my Studio One workshop at Sweetwater GearFest 2018, were turned away because of that pesky fire marshal’s rules about crowds, or who didn’t realize Studio One 4 has some pretty advanced looping capabilities—as well as the ability to trigger pitch transpositions for loops.

With Impact XT, you can load loops on pads, and then trigger them (on and off) in real time via MIDI notes. Assign each output from an Impact XT pad to a track input (in the screen shot, Track 5 is recording the output of Impact XT M4), set all the tracks to record, and you can record the results of your improvisations. 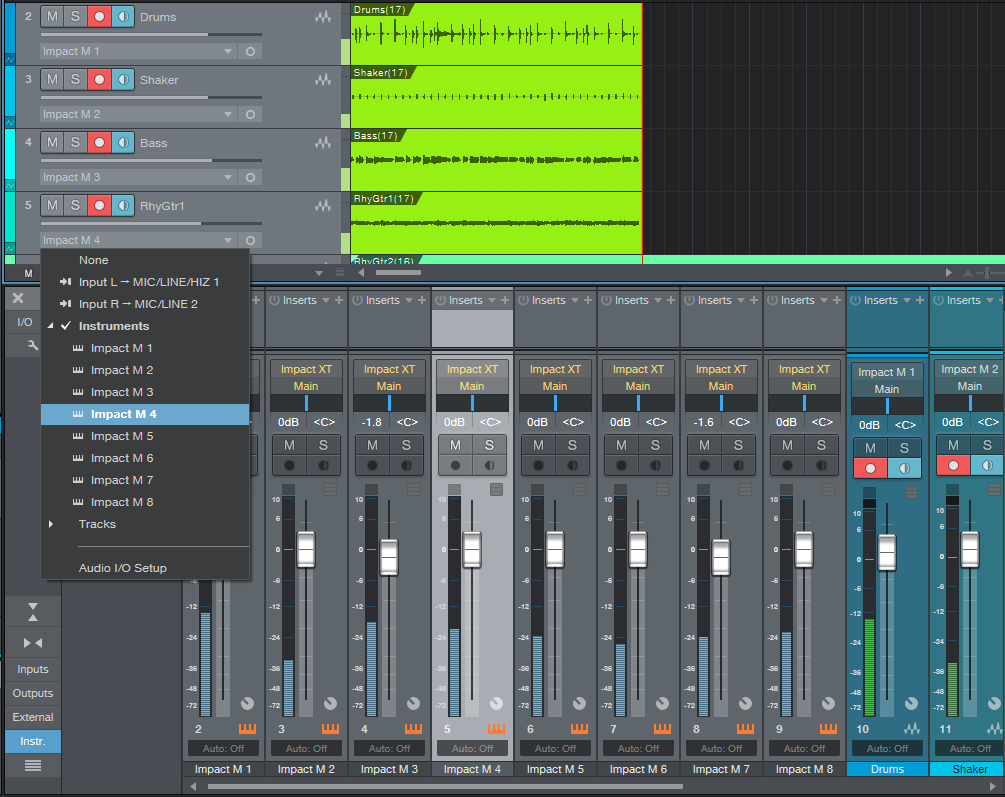 The following screen shot shows the results of recording the first part of a potential song. Note how some tracks have sounds that extend the length of the recording, while other tracks had their sounds brought in at specific times by triggering an Impact XT pad. 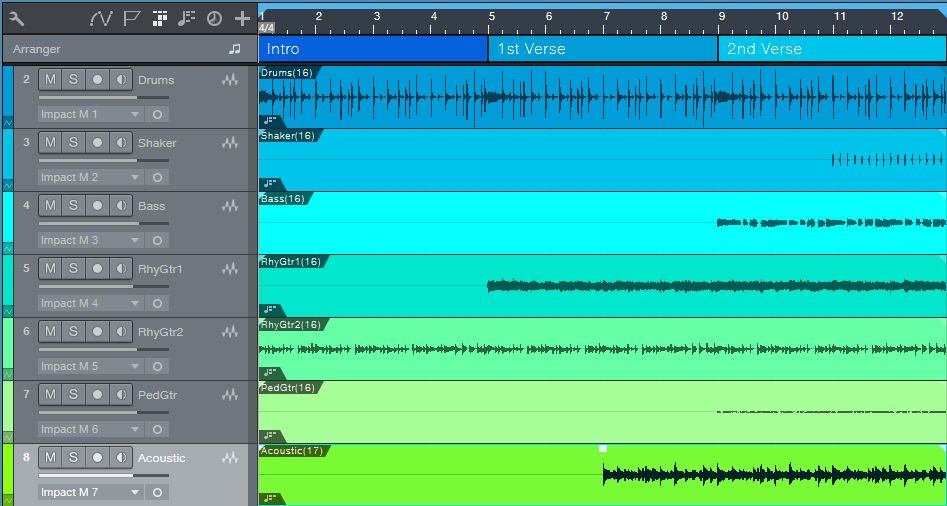 This by itself is pretty cool, because you can weave loops in and out to create an arrangement. The song goes longer than this, but the above shows what you’re hearing in the following audio example. Granted, it’s not much of a song—it just kinda drones on and on. But keep reading…this is just the start.

And here’s what the chord progression sounded like after harmonic editing. The major difference is in the intro, and transposing to D to kick off the second half of each verse.

Working this way can be very inspirational because you can create a basic arrangement with loops, and then use the Chord Track to create a chord progression. Although PreSonus is careful to point out that Harmonic Editing is more for “prototyping” songs and they expect that you’ll want to replace the “scratch” parts, I’ve found that many times the scratch parts end up being keepers—and I gotta say, I love what happens when you tell drums to follow the chord track!