I’ve been experimenting with phasers lately, and found some interesting tricks. This week we’ll create a mind-melting phaser-meets-stereo-imager. Next week, we’ll create a super-customizable phaser with continuously variable peaks and notches, so you can obtain specialized vintage sounds like the original Electro-Harmonix Polyphase.

You can reproduce the sound of a phaser with several tracking notch filters, so instead of using a phase shifter per se, we can use the Pro EQ. 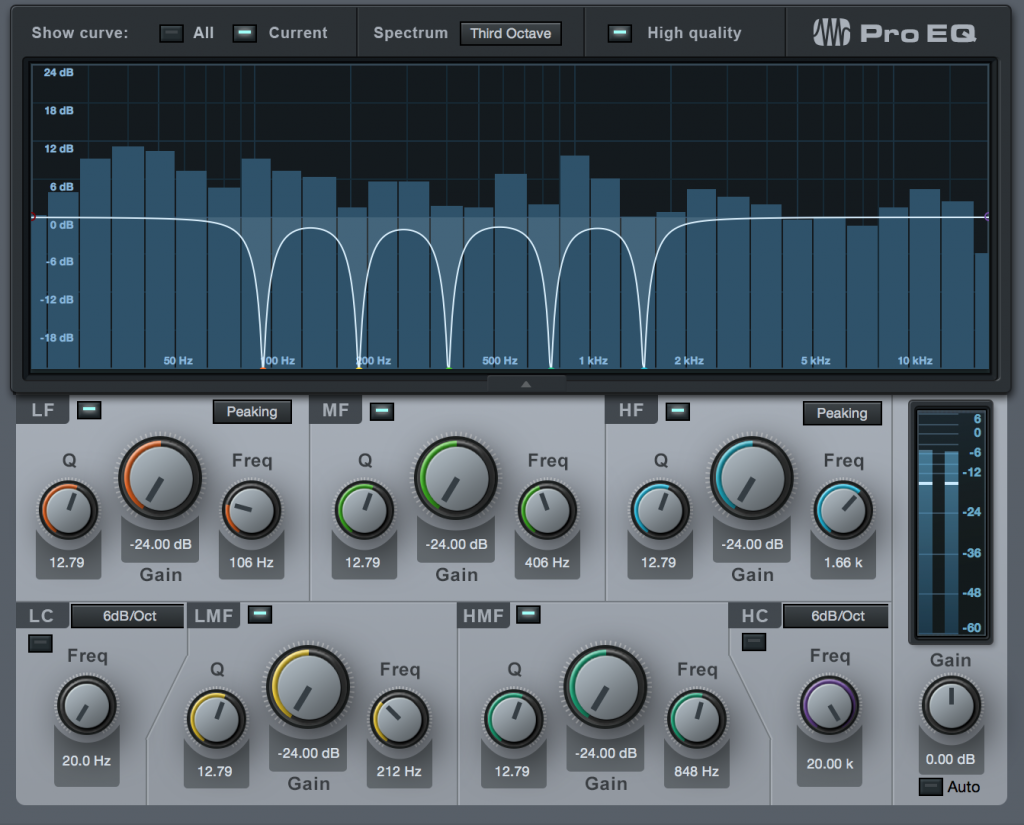 The five parametric stages are set up as notch filters one octave apart, with a sweep range of four octaves. The FX Chain Frequency control sets their frequencies. If you download the multipreset, I highly recommend reverse-engineering it to see how to control multiple filter stages from a single knob. 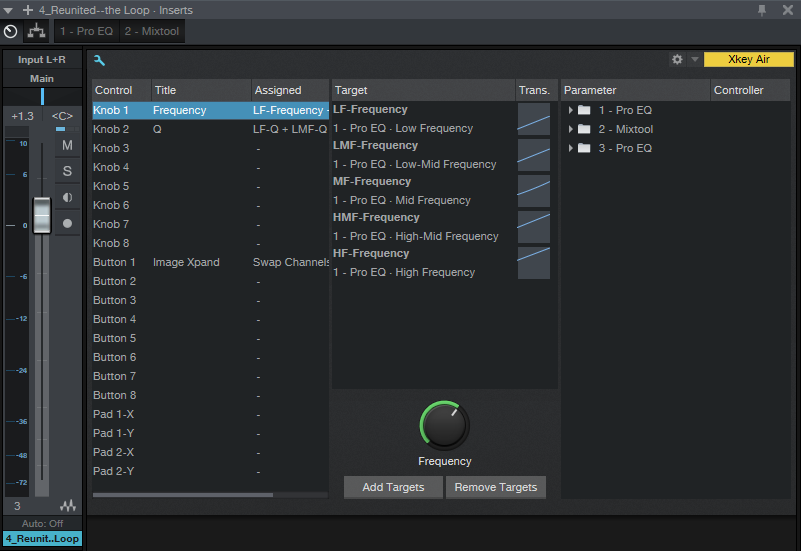 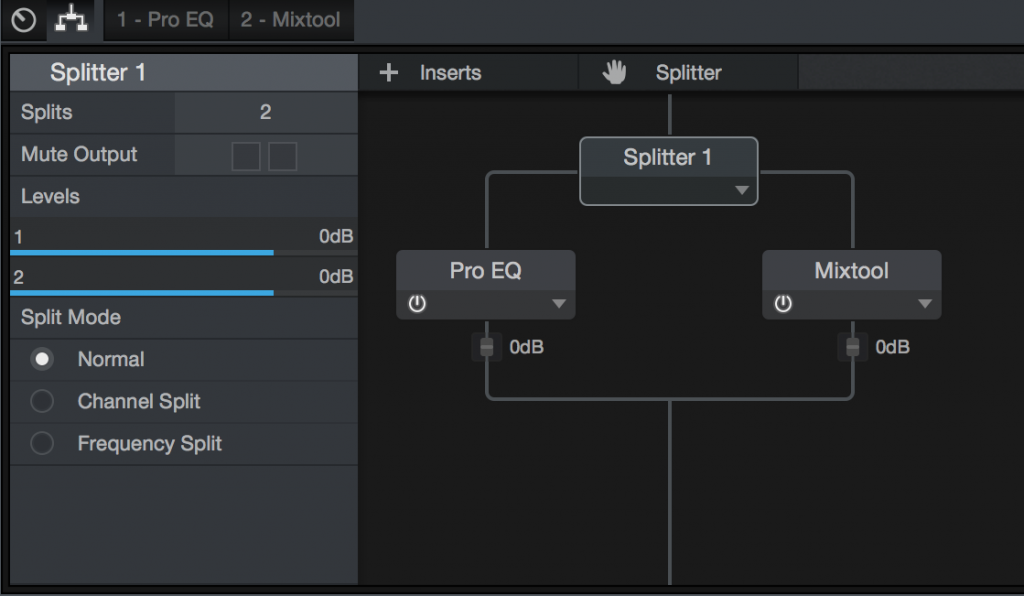 But the secret ingredient here is splitting the signal path into the Pro EQ-meets-phaser and the Mixtool. Inverting the phase for the Mixtool’s left and right channels cancels out any remaining dry signal from the Pro EQ “phaser,” which accents the phasing sound.

The real mind melt happens if you run program material through the Imaging Phaser and then click the Image Xpand button. This swaps the right and left channels, which because they’re out of phase, creates insane imaging effects. The first time I tried this was on a laptop, and clicking on Image Xpand made it seem like the speakers were located somewhere else in the room. The effect is less dramatic with signals that don’t contain a lot of stereo information and ambiance, or on headphones, but it still makes a difference.

The first part showcases the phaser effect. After the word “Reunited” appears, you’ll hear an unprocessed version of the track for four measures. After that, it’s Image Xpand time, with the FX Chain control being varied to alter the sound somewhat.

And for those without the patience to build their own Imaging Phaser, here’s an FX Chain multipreset you can download. Have fun!