You never know where the next gig is coming from—maybe it’s joining a disco revival tribute band, being asked to play guitar on a remake of Shaft, or getting a quick $200 from a YouTube producer to come up with a background theme for their “Remembering the ’70s” docu-series.  What do all of these have in common? Yes! The magic of the wah pedal.

A mint condition Vox Crybaby pedal can sell for up to a grand, but no worries—this Friday’s tip reveals the “secret sauce” for getting a can’t-tell-the-difference-from-the-real-thing wah pedal sound. 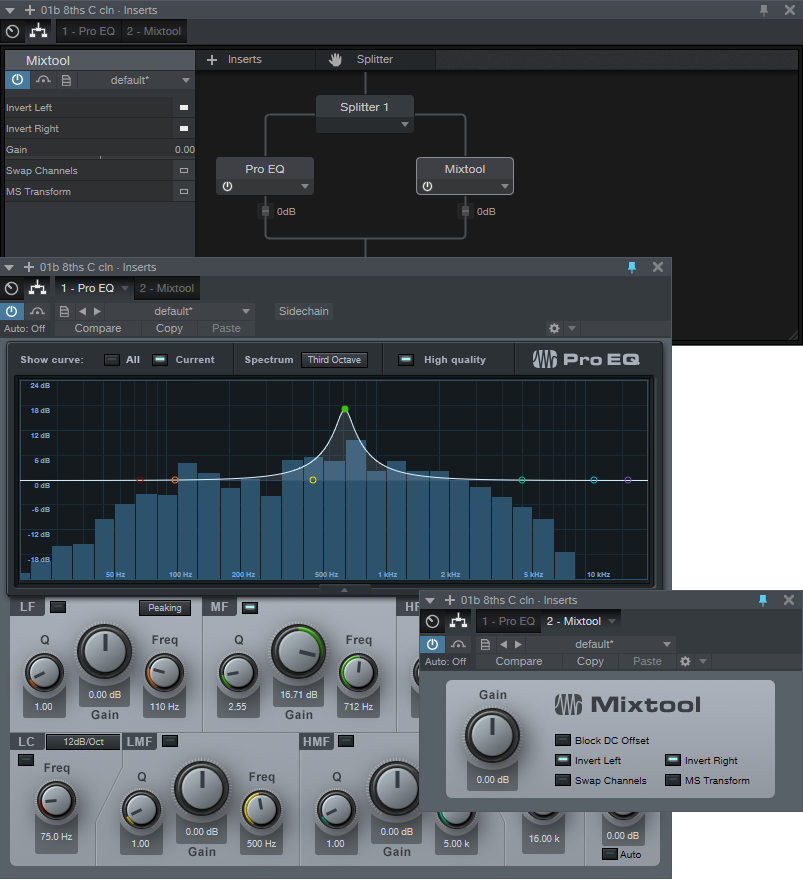 Now you might say “C’mon Craig, try to come up with something better next week, okay? It’s no big deal. You just put a ProEQ parametric stage in your guitar track, set it to a relatively high Q, and vary the frequency.” But actually, it’s not that easy. A real wah doesn’t just have a peak that pokes its head up in the middle of the frequency spectrum, but has steep high and low frequency rolloffs on either side of the peak—and we can do that with parallel processing.

Now sweep the frequency back and forth, and you’ll swear you’ve been transported back in time to when wah pedals ruled the earth. This is due to the cancellation on either side of the peak from the Mixtool being out of phase.

And by the way… wahs can also sound great in parallel with bass, and in parallel with drums when you want to add a dose of funk. So don’t spend a grand on a vintage wah—just make your own with Studio One.

Posted in Friday Tip of the Week | 11 Comments