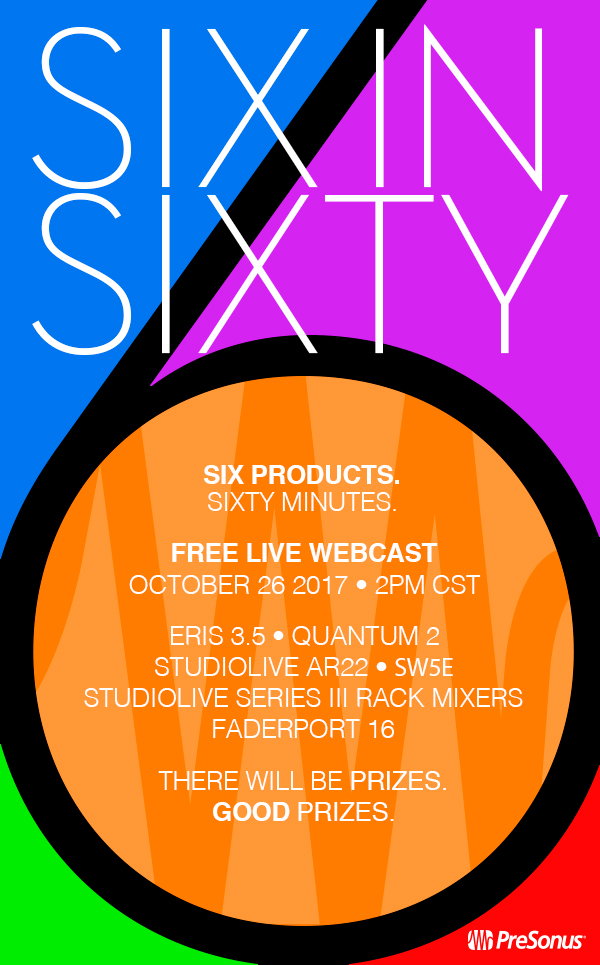 It’s been a while since we’ve had an episode of PreSonus Live—we’ve been real busy; and have launched a ton of new products in record time. So, we’re having Rick host a new episode of PreSonus LIVE featuring all six of these new products in sixty minutes. He’ll be visited by many familiar Product Managers—plus a couple more that will be making their first appearance on the show.

Of course, it wouldn’t be PreSonus LIVE without a giveaway or two, so we’ll be giving away a Quantum 2, a copy of Studio One 3 Professional, and a pair of Eris E44 monitors. To enter the giveaway, all you have to do is post to Facebook or Twitter with the #PreSonusLive hashtag and the link to the show. Posts in chat rooms are not an eligible form of entry.

We stream the show live to Facebook and YouTube, so you can check it out on the platform of your choice: