Ricki and the Flash Rocks with PreSonus, Part 3 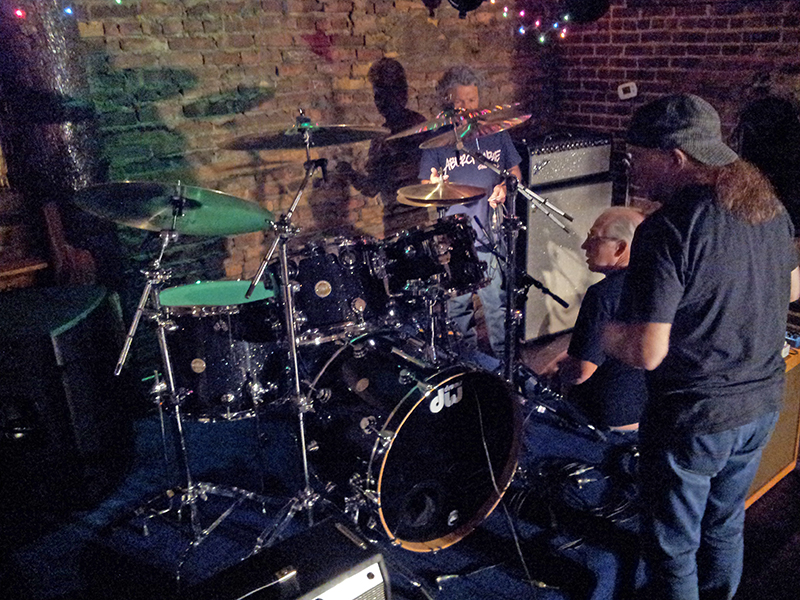 All of the inputs were routed into a StudioLive™ 32.4.2AI console. Besides doing the live mix, the other half of my job was to ensure that every note was “Captured” during both rehearsals and filming.

Here’s how we did it:

Neil Citron, Mark Wolfson, and I wired the stage and then set up two recording systems. The first was set up on my MacBook Pro, running Mac OS X 10.8.5 and connected to the console using FireWire. I was running Universal Control-AI (with Virtual StudioLive-AI control software) and recording with Capture 2.0.

We connected the DB25 outputs of the 32.4.2AI to a Tascam X48 recorder because we needed to track SMPTE time code. This way, we also had two copies of each recording; as anyone who has ever lost a file knows, you need to back up, back up, back up.

The great thing about recording with Capture™ is it is literally effortless. Once my FireWire connection was secure and I knew the computer and console were talking to each other, all I had to do was open Capture and make one mouse click, and we were rolling! Of course, it helps to have the drive path set and the files named. I find that, given the option, it helps to set this up in advance, although the only really crucial setting is the file path.

We noticed that, according to the X48’s meters, the DB25 analog output was 6 dB lower than the digital signal coming into Capture. I’m not sure why the levels were different but comparing the WAV files in Studio One confirmed the difference.

Jeff Pullman, C.A.S, was the Production Sound mixer for the film and was a pleasure to work with. He also was very helpful in getting some sound isolation products so we could have a cleaner recording.

We did some test tracks with Neil playing so we could make sure the rig was running; then we started rehearsals.

Posted in Control Software, Live Sound Reinforcement, Mixing Systems, Preamps and Processors | Comments Off on Ricki and the Flash Rocks with PreSonus, Part 3