Ricki and the Flash Rocks with PreSonus, Part 1 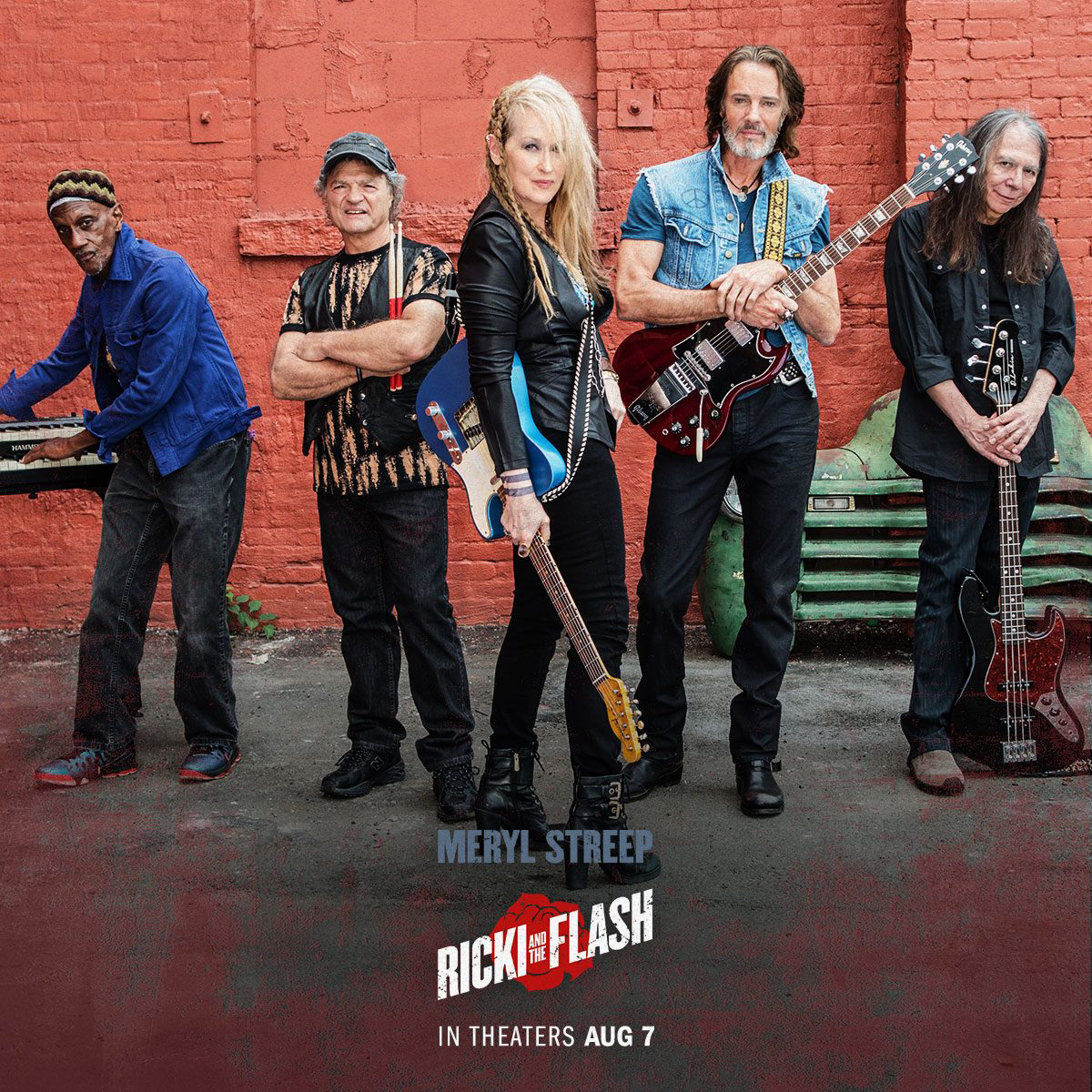 Hello everyone, I’m Phil Garfinkel, the Special Projects Liaison for PreSonus® Audio Electronics. I’m writing about the shooting of a new movie, Ricki and the Flash, discussing the PreSonus products that we used and how we used them.

First, a little about the film: Ricki and the Flash stars Meryl Streep as Ricki, an aspiring rock star who leaves the Midwest to “make it” in California. Her band, The Flash, features the talents of Rick Springfield on guitar, Bernie Worrell on keyboards, Joe Vitale on drums, and Rick Rosas on bass.

We set up the band in an authentic club configuration, with plenty of PreSonus equipment to reinforce their sound. We recorded with Capture™ and used Studio One® to create reference recordings. I was on site as the PreSonus tech, mixing the live show.

Here is a quick overview of what we used from PreSonus:

The movie is directed by Jonathan Demme and produced by Gary Goetzman and Marc Platt, all Oscar winning veterans. Jonathan and Gary wanted the band to play, not just pretend to play along to tracks; I was brought in to mix front-of-house and monitors and to take a 32-track feed to capture the music as it happened.

We faced some unusual challenges. Thanks to teamwork and a mutual obsession for excellence (and some pretty great gear), Mark, Neil, and I worked through it to help Jonathan and Gary make an excellent soundtrack for the film.

Special thanks to Roxanne Ricks at Audio-Technica for helping us get high quality microphones and wireless systems, Peter Janis at Radial Engineering for getting us some fantastic Direct Boxes, and Brad Graham at Rapco-Horizon for helping with cable needs.

Thanks also to my cohorts in audio-land, Mark Wolfson and Neil Citron, who led the charge for this journey. Also Jeff Pullman, C.A.S, the film’s Production Sound Mixer, who worked with us.

Ricky and the Flash opens in theaters everywhere on August 7.