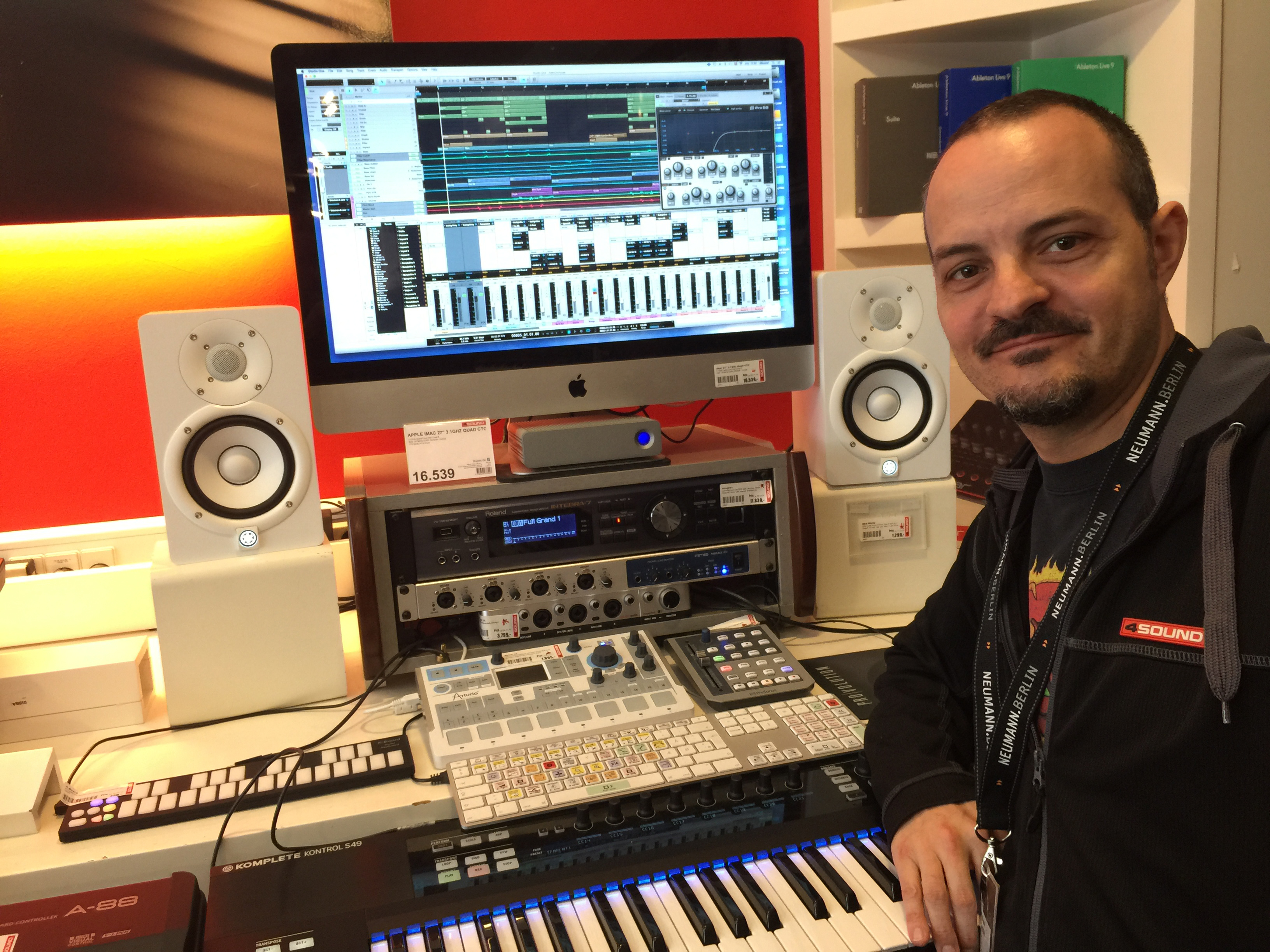 [This just in from Stefan Kengen of 4Sound, in Copenhagen. He produced a great house track in Studio One Professional 2—but the REALLY interesting thing is he did it all using stock Native Plug-ins and bundled loop content. He’s shared the .Song file via DropBox, which you can get by clicking here. Open it in Studio One Professional 2, pick it apart, and learn some of Stefan’s tricks! An added bonus of using Native Plug-Ins and bundled loop content: the filesize is a mere 426k!]

UPDATE 6/15/15—Stefan has created a version of this song that is compatible with Studio One 3. You can get it by clicking here. 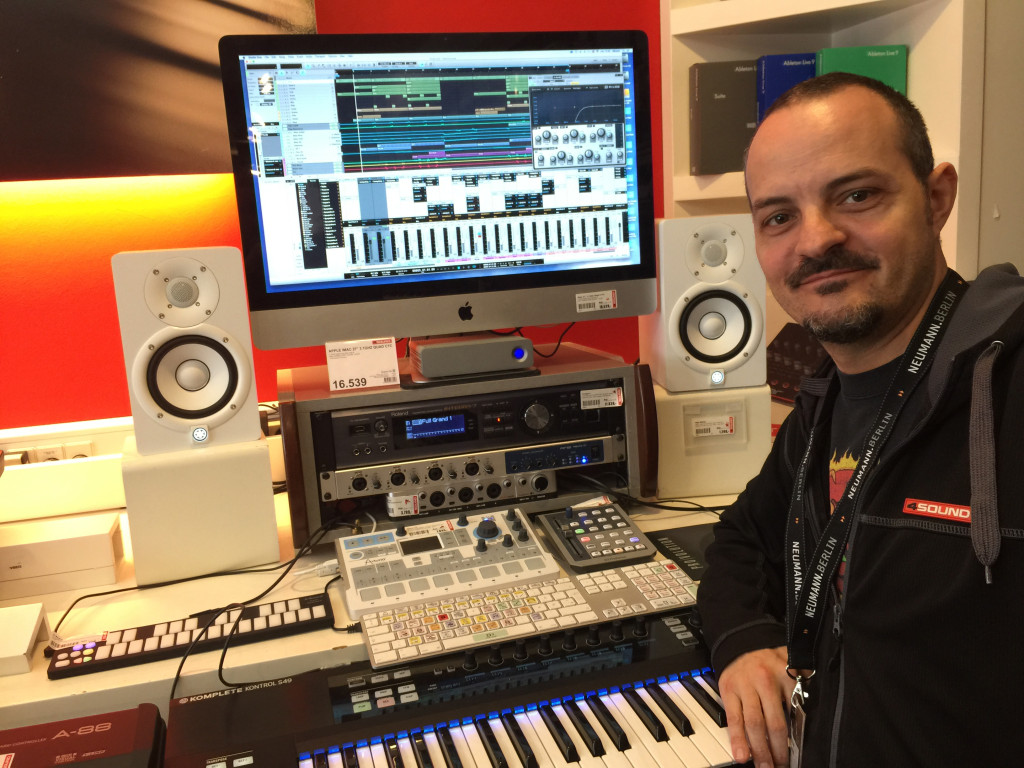 PreSonus: Thanks for taking the time to talk to us, Stefan. Tell us a little about yourself and your history in the music business.

Stefan Kengen: The pleasure is all mine. I’ve been active in the music industry for over two decades as a sales rep in both retail and wholesale, education, production and songwriting. I co-wrote and produced a bunch of Euro-Dance and Pop albums in the 90’s and early 00’s, but these days it’s more about having fun and helping others realize their musical dreams than the pursuit of personal stardom.

P: How did you first come into contact with Studio One?

SK: When Studio One was initially launched a few people in Denmark raised an eyebrow including myself. Most people went “Really? Another DAW?” But with the advent of version 2, and big stars like Teddy Reilly raving about it, people started giving it a shot and in a very short period of time, Studio One has become a household name around here.

P: What are the primary reasons for this in your opinion?

SK: Besides the obvious focus on more promotion and a very competitive price point, the overarching reason in my view is the ease of use despite the high level of complexity. The work flow is very fast and efficient. I come from Cubase and I felt at home in Studio One immediately. This is not just because the guys behind it are also some of the original Cubase programmers—We have Pro Tools and Logic customers in the store who feel the same way. I think the designers have succeeded in taking the essence of what makes each of the other great DAWs out there good and combined that into one, sleek and elegant package.

But besides that, what continues to blow me away is the sound quality of the audio engine. I know there’s a lot of subjectivity involved, but I can honestly say that my mixes sound much tighter, more leveled and punchier in Studio One than they ever did in any other DAW I have worked with. I think it has a lot to do with the quality of the stock plugs and the 64 bit float summing. Everybody basically needs three types of good-sounding processors: Dynamics, EQ and Reverb. The Studio One Compressor, Pro EQ, Open AIR and Room Reverb all sound absolutely amazing, and even the scaled down versions in the entry-level Studio One Artist-version are very good compared to the competition.

P: You use a lot of RedLight Dist, Pro EQ, automation and side-chaining in your track. Can you talk a little about how you built the mix and what you used?

SK: I made the track to showcase how well the aforementioned important plug-ins, as well as the free content, sound in Studio One. You can talk about something all day long, but in the end a live sound demo in the store makes much more sense to any potential customer. So I make heavy use of the Pro EQ, not just as an individual channel EQ, but also as a master filter. It is so smooth and transparent, that you can make really cool lo/hi cut sweeps and even resonating effects that simply sound awful with most other digital EQ’s. And because it is literally a breeze to automate any parameter in Studio One, it just begs to be played with and taken to the extreme.

It can be difficult in other DAWs to set up side-chaining, but in Studio One it’s very simple and almost self-evident. I love the fact that all the dynamics plugins have a side-chain button and the Studio One (Producer/Professional) Compressor is a real jack of all trades. I can almost always get it to respond in a musical way when doing that typical 4 on 4 ducking effect that is so popular these days. It may seem trivial, but this can be a real pain to get right in other DAWS, unless you add expensive 3rd party compressors. This effect is very obvious on the Bass and Chords tracks in the song, whose side-chained Compressors are triggered by the kick.

It’s great to have a pro level impulse response reverb plug in the form of OpenAIR, but I must admit that the quality of the algorithm based Room Reverb has me picking up my jaw from off of the floor every time I use it. Not only can it do those long, never ending, lush caverns you normally need an expensive Lexicon for, it can also do those real tight, almost undetectable room placements that very few plugins can without sounding like a bad chorus effect. The only thing I sometimes miss in it is some modulation options, but then I think about how easily I can just automate e.g. the ‘Population’ and ‘Plane’ parameters with some random LFO curves and presto! Instant luxury!

The RedLight Distortion is another stroke of genius in my view. It’s a really useful coloration tool when you want to add some beef or grit to stale sounds, and it can be made to scream your ears off without sounding digital, unless you want it to. Unlike many other distortion plugs, the RedLight Distortion always sounds very rich and powerful and all of the different distortion algorithms have their uses. I use it on many tracks in the song, with both subtle and more extreme settings. In the build-up towards the outtro I dial in some Ampire, which is also very good at making things messy in a cool way. In Studio One I never have to worry about mono/stereo operation of plugins, and I’ve never experienced any phasing issues either, which can sometimes occur in other DAWS when you get overly creative.

P: Thanks a lot for your input and thanks again for sharing your song and your thoughts on Studio One.

Posted in Studio One | 9 Comments