Nimbit Artists of the Month, September 2014 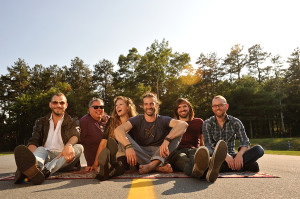 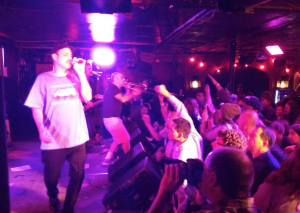 Ska is one of those musical forms that, like surf rock, relies heavily on a fairly strict set of rules. It’s difficult to stray to far from the established formula and still sound like a ska band. Get too far off, and it’s not ska anymore. Play it safe, and you sound just like everybody else. I tell ya, it’s hard out here for a rude boy.

But Bim Skala Bim, formed in Boston in 1983, has managed to avoid either pitfall entirely, by adding a modicum of rock ‘n’ roll and—perhaps surprisingly, calypso—to their two-tone infrastructure. The result? I dunno. Call it four-tone, maybe. But whatever it is, the guys must really love it, as they’ve been at it for 31 years. In that time they’ve toured with homies The Mighty Mighty Bosstones and Dropkick Murphys, and dropped nine full-length albums, most of which are available on Nimbit.

Oh, and it’s not just the band that loves what they do. Bim Skala Bim was a major force in launching third wave ska in the first place—or was it the third place—and about million bands followed their lead well into the 1990s. Furthermore, hometown pride is strong in The City of Champions, and they’ve decorated BSB liberally with no fewer than 10 Boston Music Awards and eight Boston Phoenix Reader’s Poll awards, and they’ve been recognized by Boston Magazine’s “Best of Boston” twice. In March of 2013, Boston Business Journal rated Bim Skala Bim’s Bones as album #19 in their “Boston Top 40 Albums of All Time” list.

Their Nimbit store is full to the brim of albums dating back to their early days, and also includes a rarities compilation and a few singles. Perhaps most notable is 2013’s Chet’s Last Call, featuring the band’s original lineup revisiting the roots that got the band—and a lot of fans–skanking in the first place.

Tags: Nimbit Artists of the Month