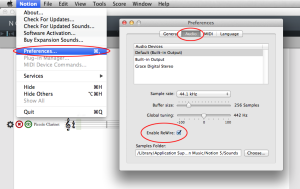 Posted in Notion, Studio One | 231 Comments