None other than Quincy Jones himself!

The Grammys are the Grammys… pomp, circumstance, bravado and flash. If you’re a fan of music celebrities or one of the stars that make it, there’s no other night like it.
But if you’re like us at PreSonus, you get more excited about the unsung heroes who actually record and produce the music.  We find the contributions to pop culture by Quincy Jones to be as significant as those he worked with like Michael Jackson, Aretha Franklin, or Frank Sinatra. And the listening enjoyment you get when you hear Steely Dan or Ray Charles is as much due to Al Schmitt’s engineering genius as it was to the performances by the artists themselves. They go hand in hand.
So that’s why, when the Producers and Engineers Wing of NARAS, (the people who bring you the Grammys) asked us to join them during Grammy Week for a Night of Jazz honoring our friends Quincy and Al, we felt honored too. These are our people and we want to celebrate what they do.
The unofficial tagline of the P&E Wing is “All Geek, All the Time.” Imagine being invited to a party full of people who can get as excited about the speakers playing the music, as the music coming out of them!  Imagine if the party you’re invited to is being held in the same recording studio where Fleetwood Mac, the Eagles, and Nine Inch Nails recorded their best work.
The night was held at The Village in West LA, and when we learned that the State of Louisiana was a sponsor, and gumbo & beignets were on the menu… we felt right at home. And, for once, we didn’t have to cook. That’s our kind of party!
It was suggested to us that we could bring some toys, so for us that meant our new Sceptre monitors and the ADL 700 channel strip, we even invited our brothers at Nimbit for good measure. A nice thing about the Grammy Week P&E Wing party, is that it’s cool to talk tech. Most of the producers and engineers who fly in for the Grammys are too busy working to attend NAMM, so they appreciate the chance to talk about the latest and greatest gear in a casual and intimate environment with the people who make it.
I can’t tell you how many times we heard love expressed for a Central Station or PreSonus preamp. Or the respect people had for what we’ve done with Studio One in such a short amount of time. Honestly, the jokes about letting people leave with the Sceptre monitors got a little old by the end of the night, but hey, it’s hard not to get gear lust when you hear them.  There was genuine excitement that we collaborated with Dave Gunness on the designs, and relief that someone had finally perfected a coaxial speaker design that was not only loud (loud is easy,) but that it sounded good, too… I overheard one engineer say “It’s a good loud.”
Aside from getting some quality time with the honorees we also got a chance to see some dear friends. Brad Zell, our Director of Marketing Communications reconnected with Rob Chiarelli, mix engineer for Madonna and Christina Aguilera, among many others who he worked with at Avalon. Brad also spent some quality time with Dave Hampton, engineer and system tech for Prince and Herbie Hancock. And I’m always happy to run into my guitar instructor from high school, Shawn Clement, who later went on to score countless films, video games and TV shows.
Some other notable people we saw with that night included will.i.am, George Benson, Ed Cherney, Carmen Rizzo, and Jimmy Jam.
All in all an amazing evening and we can’t wait till next year. 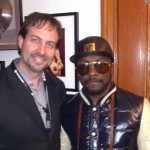 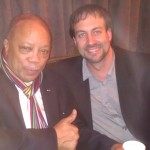 None other than Quincy Jones himself! 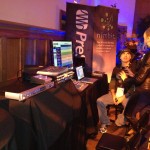 Byron demoing Studio One at the NARAS show. 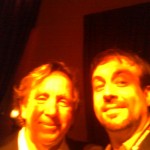 With Recording Engineer Ed Cherney towards the end of the evening 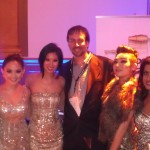 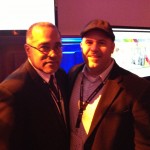 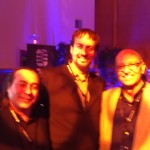 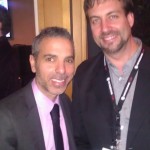 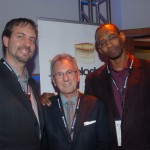 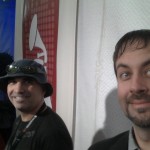 Byron and I goofing off on the red carpet. 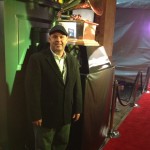 Brad Zell wonders what he has to do to earn a Grammy this big.