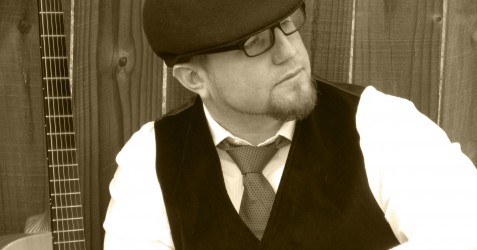 PreSonus Artist Shea Michaels has a new record coming out… Now! He sent us a little sneak preview and talked a bit about PreSonus’ role in the production of adventures of CALICO JACK, described by Michaels as “A breezy blend of country and tropical flavored southern rock,” which sounds to me like the sonic equivalent of a Mai Tai alongside a shot of JD.

Hey PreSonus! Here are some of the details regarding the production of my upcoming album.

-5 sets of PreSonus BlueTube DPs—We use these specifically as pre-amps for the drum microphones. We do not utilize the tube drive for any of the drum mics, except for the kick drum. We engage the 80Hz roll-off functions on all the others.

-PreSonus Eureka—used for direct inputs such as bass guitar and occasionally electric guitars when we feel the need to use software amp models for a certain sound a song may need. Also used as a pre-amp for drum/room mics.

PreSonus AudioBox USB/Presonus HD7 headphones—I used these two on song ten, on the album, which is an acoustic song titled “Didn’t Take Long.” This song was recorded at my writing station, in my home, using the AudioBox USB, PreSonus HD7 Headphones, Audix CX212B condenser mic, an iMac, and PreSsonus Studio One Professional 2. This is the only song on the album recorded in Studio One 2, quite frankly because the project was under way well before I downloaded a copy of the latest version. Now that I’ve attended PreSonsSphere (which was absolutely par excellent) I have a better understanding of this DAW. I intend on recording my next project entirely in PreSonus Studio One Professional 2.5.

The beauty of being a PreSonus user is getting access to more than one license of the software. This allows me to install Studio One 2 on my writing station and in my studio. While supplying the tools for the trade is a bonus, the heart of PreSonus literally has a strong rhythm. What else could an artist ask for than to be a part of a company that has a crew of world class musicians running the business end of it all.? This thing is groundbreaking, and about to form a few mountains. Honored to be a part of it.

Added Bonus: Shea was kind enough to share his drum microphone selection and placements!
-Kick (Beta 52) – Sound hole; off-center facing beater head
-Snare Top (SM57) – A couple of inches up angled toward center of snare
-Snare Bottom (SM81) – A couple of inches away from center toward snares; invert phase
-Hi Hat (SE Electronics SE1A) – angled about 45-degrees toward opening but not directly on opening to reduce air from closing hats
-Tom 1 (Sennheiser MD 421) – angled toward mid-center
-Tom 2 (Sennheiser MD 421) – angled toward mid-center
-Overheads – Stereo Pair in XY Configuration (Oktava MK 012 cardioid capsules) – almost directly center of drums approximately 2’ or so above kit to capture more of a stereo image of drums
-Room Mic (Neumann U87) – As far from kit as possible, while allowing a couple of inches from the wall to avoid phasing issues. Trying to create a big room sound with software reverb.
Sounds good to us… but hear for yourself!

Posted in Artist, Studio One | 597 Comments